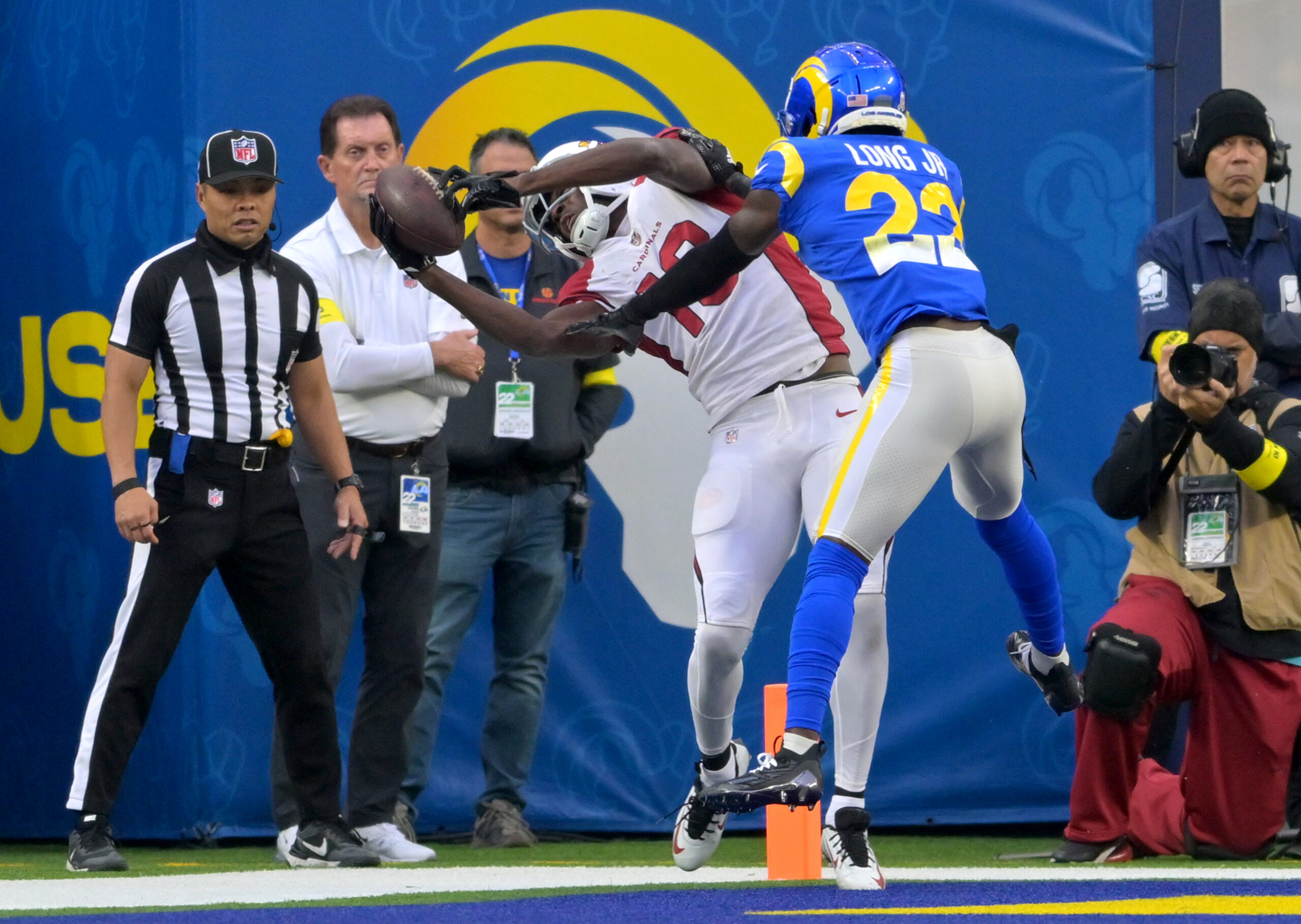 The Arizona Cardinals have scratched their way out of last place in the NFC West today.

Two touchdowns from James Conner and a brilliant performance from Colt McCoy, have given Arizona some desperately needed rejuvination.

On the defensive side, John Wolford had no answer and failed to throw for over 150 yards in his first game as a starter this year.

Star WR Cooper Kupp had only three receptions for -1 yards before leaving the game with an ankle injury in the fourth quarter. Kupp’s two worst games this season have both been against the Cardinals.

For a player that was supposed to miss multiple games with an ankle injury, Budda Baker did not disappoint in his “flu game.”

Baker ultimately put the game away late in the fourth quarter with an interception. It was his first interception of the season, and he ran it back for almost 40 yards, handing the Cardinals excellent field position.

The performance from Budda Baker this afternoon was a perfect demonstration of the determination he brings every single week.

With the absence of Kyler Murray, the Cardinals were in need of a hero, and they got one.

Colt McCoy did not mess around, starting from the opening drive to the final whistle. In total, McCoy finished throwing 26/37 for 238 yards and a touchdown.

This was an extremely impressive performance from the veteran, considering he has not started a football game since Week 11 of the 2021 season.

Hopkins and Moore stepping up

The DeAndre Hopkins and Rondale Moore combo showed close to its full potential this week. By the end of the game, the two wide receivers combined for 19 receptions totaling 192 yards. This combination of yardage rivaled the Rams’ team total.

Moore had easily his best game of the season, having the most yards in a game since Week Two of his rookie year. This included a spectacular jumping grab to convert a critical fourth down conversion in the 4th quarter.

Hopkins, on the other hand, did exactly what fans are used to seeing. After only playing four games this season, the five-time pro bowler has three games with 10 or more receptions.

The Cardinals now improve to 4-6 on the season. Sitting in third place in the NFC West, and the division is by no means in anyone’s hands.

As important as this week was for Arizona, next week may be even bigger. The Cardinals will head to Mexico to take on the San Francisco 49ers. If Arizona can walk away victorious, they have a shot of jumping into second place in the division.

This is not something that many expected just a couple of days ago.

PREVIEW: The Suns Travel to Orlando To Visit a Rookie Superstar
Suns Vs. Heat – Game Recap