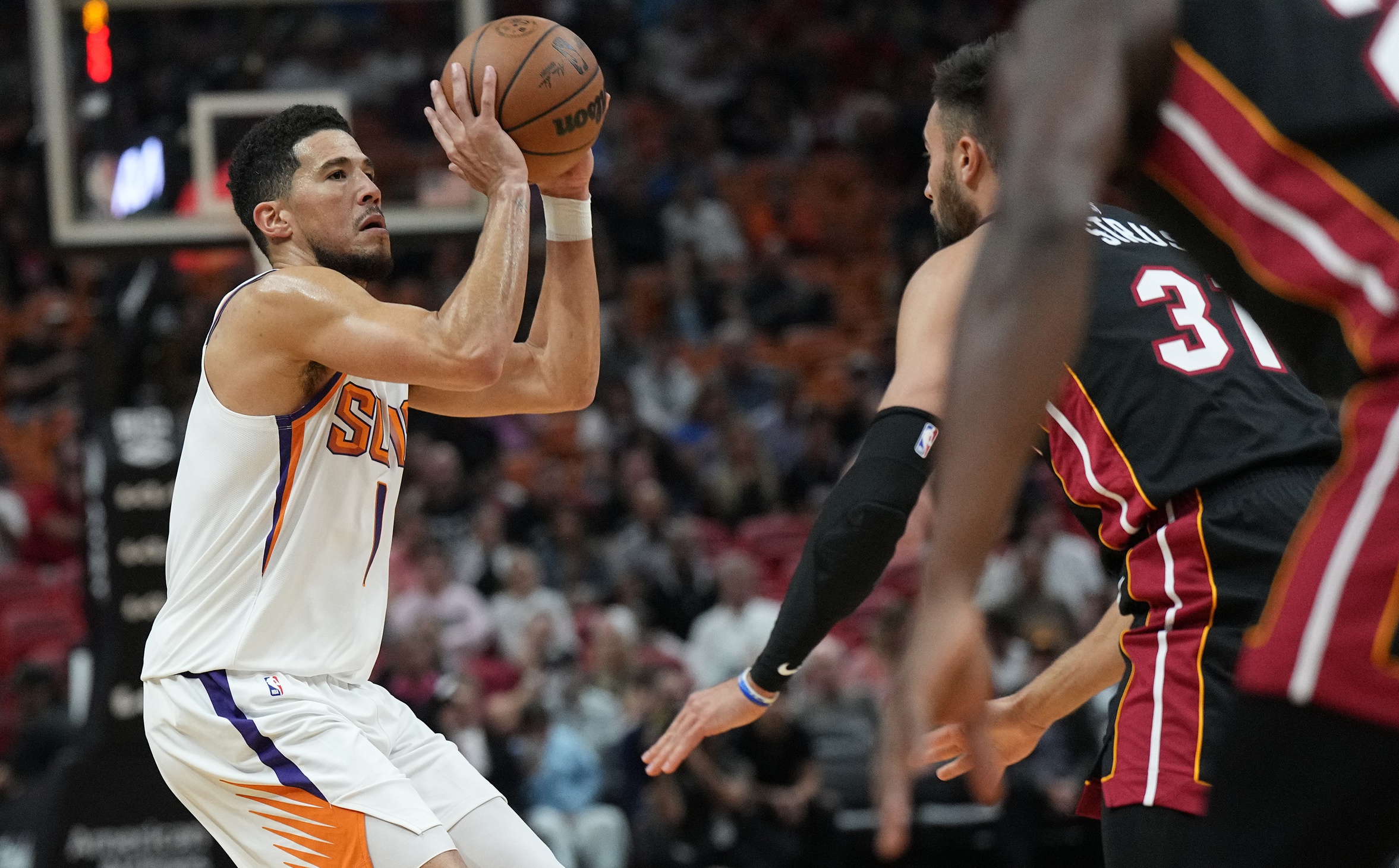 The Phoenix Suns just wrapped up their road trip as they lost to the Miami Heat by a final score of 113-112. It was a nail biter throughout as The Suns had a great third quarter as a whole to give them a comfortable lead. But the Suns gave up a great fourth quarter run led by Bam Adebayo who finished the game with 30 points and 10 rebounds. A late block shot by Jimmy Butler in Devin Booker ultimately sealed the deal for the Heat as they ended up winning by 1 point. Here are the takeaways from the game.

The Phoenix Suns Bounced Back Shooting

As a whole the Suns had a bounce back game shooting as they shot over 48% from the field and the starters as a whole shot efficiently through out. Devin Booker led the way with 25 points and it followed up with efficient performances from Mikal Bridges and Deandre Ayton with 15 and 16 points each.

The player of the game however was an unsung hero off the bench as Duane Washington Jr. gave them a spark scoring 21 bench points on 8-14 shooting throughout the night. This bodes well for the Suns moving forward. As soon as they get a little healthy this team should be able to go on another run shortly.

The Suns only shot 4 free throws tonight to the Heat’s 25. That just won’t cut it as the Suns need to be able to get to the free throw line a lot more.

Bam Adebayo was the palyer of the game as he was unstoppable wspecially in the fourth quarter. He finished with 30 points and continues to be one of the best two way centers in the league.

The Suns will be back on the home floor against the defending champion Golden State Warriors on Wednesday in hopes to break this two game losing streak.