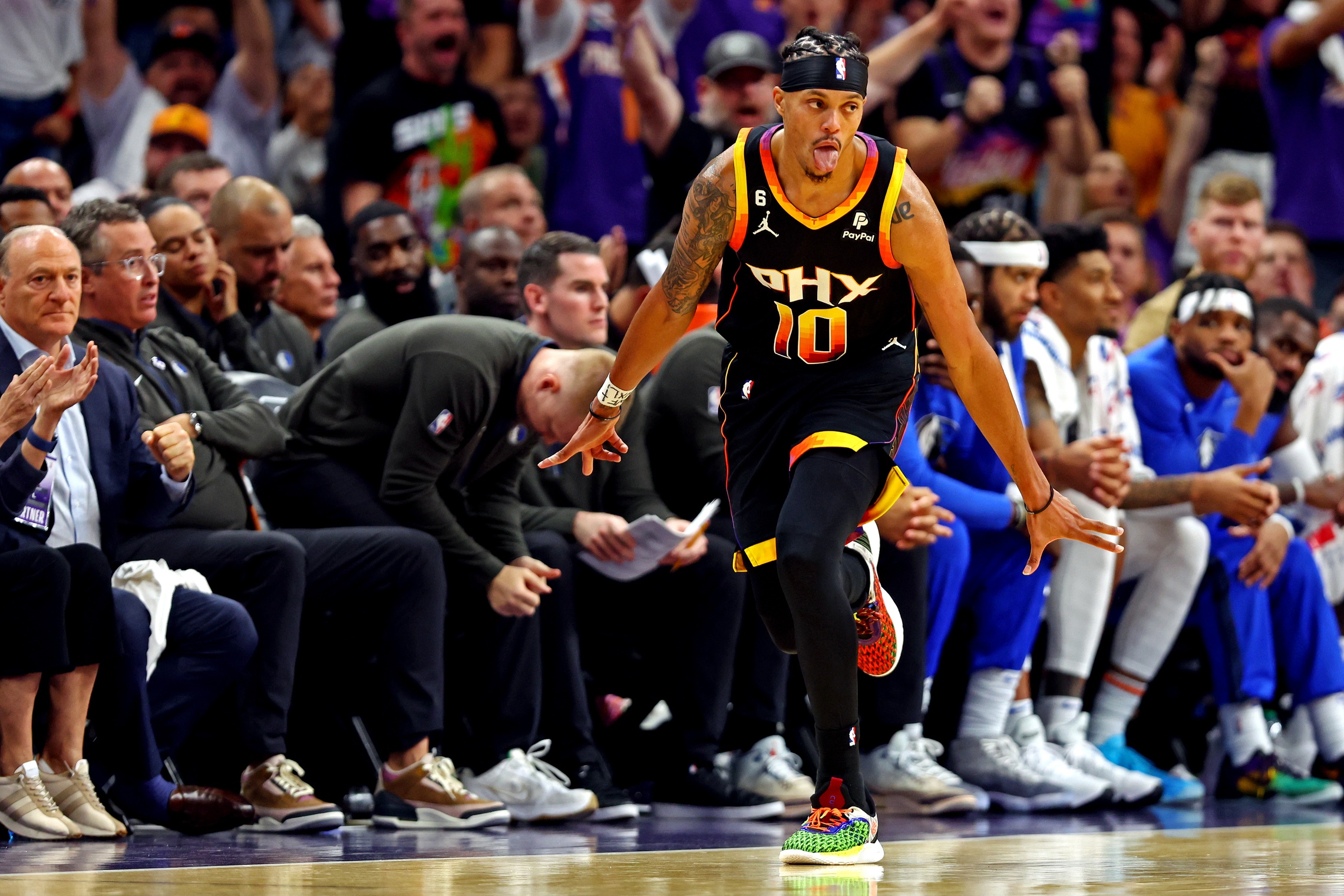 The Footprint Center was electric after Damion Lee‘s game-winning shot against the Dallas Mavericks, but Paul George wasn’t having it.

While the Phoenix Suns celebrated their first win to open up the season, George jumped on Twitter to criticize Lee’s clutch basket.

Lee was able to seize the day for the Suns, capping off a 107-105 victory over the Mavericks on Wednesday night. Yet George was able to pick apart Lee’s crucial play, insisting that Lee traveled on the game-deciding play.

Even with a controversial comment, Suns’ fans weren’t about to let George still their thunder on opening night. The Los Angeles Clippers star forward was met by contraries in his replies on Twitter.

As the season gets going, the NBA will likely get back to its L2M (Last Two Minutes) report, which could show that Lee could have possibly traveled. Though that may be the case, the Suns were able to redeem themselves against a Mavericks squad that saw to their distraught last season.

Lee appeared during his postgame conference stating that he wasn’t happy with his play during the first half. Head coach Monty Williams seemed to instill some grounding in his Suns unit, which allowed Lee to open up his game more.

Lee finished the mounting comeback with 11 points, shooting 3-for-5 from three-point range. His efforts late in the fourth allowed the Suns to close the Mavericks’ scoring margin. Lee also knocked down two of his three-pointers in the fourth to help swing the momentum in Phoenix’s favor.

If George still has uneasy feelings towards the Suns’ victory, he’ll get his shot at capitalizing on it soon. The Suns will travel to LA to face the Clippers on Sunday, which will be the second game of their two-game road trip.