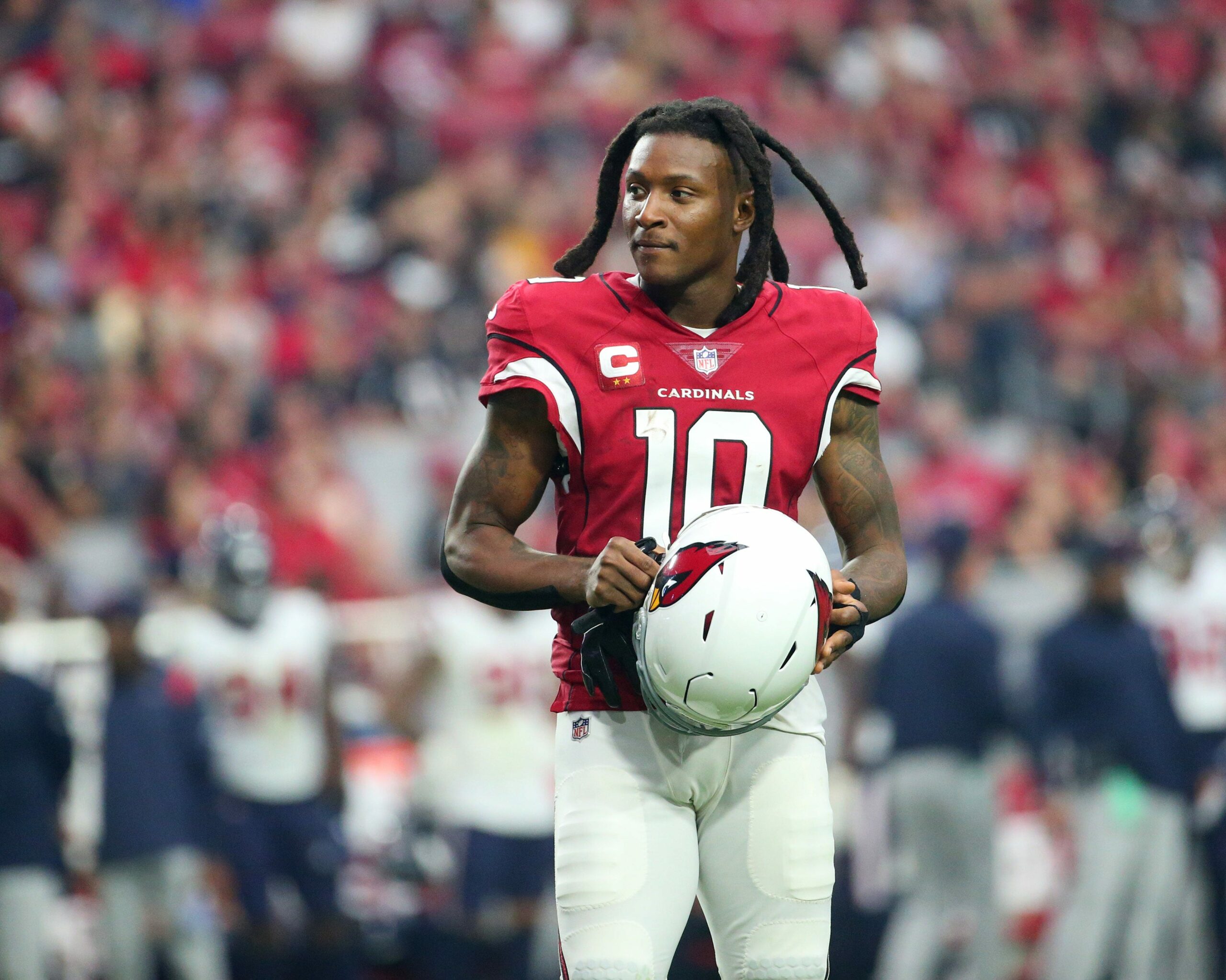 Arizona Cardinals wide receiver DeAndre Hopkins (10) waits during a timeout during the third quarter against the Houston Texans in Glendale, Ariz. Oct. 24, 2021. Cardinals Vs Texans

DeAndre Hopkins will make his season debut for the Arizona Cardinals tonight against the Saints. The five-time pro bowler has finished up his 6-week PED suspension and is ready to take the field for the first time since Week 14 of the 2021 season.

Last year, Hopkins caught eight touchdowns in the ten games that he played in. Due to a rib injury, the Cardinals were without their star WR for seven games, including the playoffs.

In a promo video on Twitter, D-Hop lets the world know that he is back.

DON’T CALL IT A COMEBACK. pic.twitter.com/hHGzyaQ7Mq

The Cardinals are in desperate need of a spark after falling to the Seahawks last week and slipping to a 2-4 record. While Arizona had Hopkins fully healthy in 2021, they were 8-1.

As Arizona will also be without WR Hollywood Brown, DeAndre Hopkins can expect to see a heavy workload in his first game back.