The Seahawks Sit at the Top of the NFC West 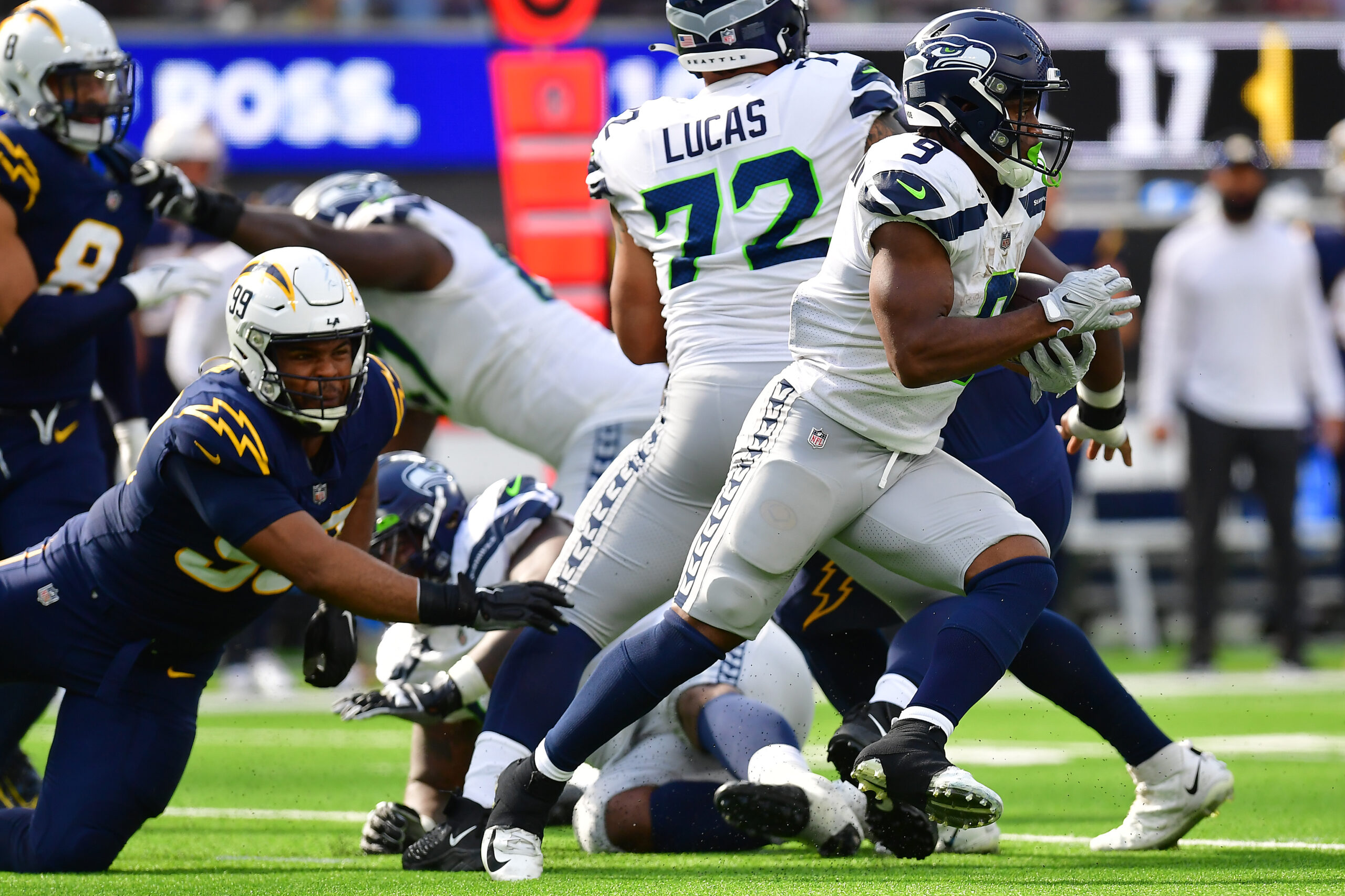 Just like everybody predicted, the Seattle Seahawks are now by themselves at the top of the NFC West. No Russell Wilson has proven to be no issue, as Geno Smith has outperformed all expectations heading into this season.

Thanks to a brilliant performance by rookie Kenneth Walker III, the Seahawks stormed over the Los Angeles Chargers with a commanding 37-23 victory. Seattle now looks ahead to another massive underdog this season, and that would be the 6-1 New York Giants. These two teams will face off against each other next Sunday at Lumen Field.

On the other hand, the San Francisco 49ers could not handle the high-powered Chiefs offense. QB Patrick Mahomes threw for 423 yards and three touchdowns to give his team a 44-23 victory. Jimmy G and the 49ers will now have to have a short memory as they travel to LA to face the former Super Bowl champions. The Rams will be fresh off a bye week, but the 49ers will have their first real shot to see what RB Christian McCaffrey brings to the offense. San Francisco acquired McCaffrey just three days ago, making his reps extremely limited this Sunday against the Chiefs.

In what is usually a division full of powerhouses, the NFC West is home to only one team with a winning record. The early struggles have allowed the Arizona Cardinals to stay extremely close in the race as the halfway point approaches in the season. Arizona’s next game will be against the 5-1 Minnesota Vikings.