PREVIEW: The Suns Travel to Orlando To Visit a Rookie Superstar 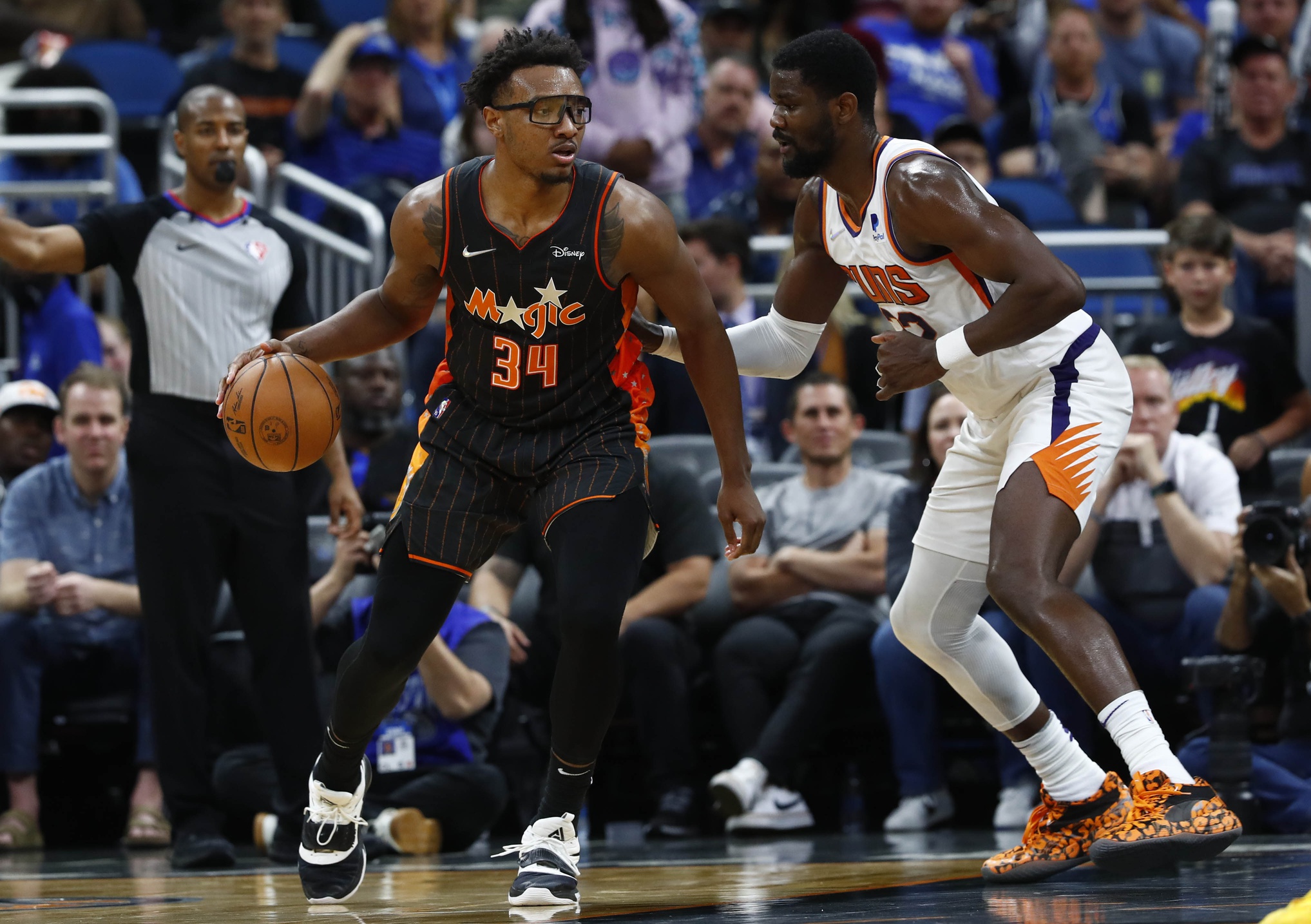 The Phoenix Suns sit at 8-3 and are getting ready for their third game of their four game road trip as they’re facing off against the Orlando Magic. The Suns are coming off of a huge win against the Minnesota Timberwoves in a game that they were missing Chris Paul and Cam Johnson in the lineup.

Devin Booker is coming off a solid game in which he scored 32 points and recorded 10 assists while Mikal Bridges scored 31 points which was a season high with 9 rebounds and 5 assists. Cameron Payne who filled in for Chris Paul had 23 points with 6 rebounds and 8 assists.

Unfortunately they have suffered another injury that might have them without three people tonight as Landry Shamet has concussion like symptoms that is forcing him out of the lineup tonight and he will join Landry Shmaet and potentially Chris Paul as players that will miss tonight’s game. With the Suns depth taking a huge hit, here are takeaways to look for in tonight’s game against the Orlando Magic.

Paolo Banchero is the Real Deal:

A player the Suns got to take into account for tonight’s game is Paolo Banchero who is having one of the best rookie seasons to start off their career. Banchero is averaging 23 points per game on 46% shooting to go along with 8 rebounds per game. The last rookie player to average these numbers in their first season is Shaquille O’Neal according to statmuse.

The last rookie to average those numbers was Shaq. pic.twitter.com/4JgCC6qHdX

Banchero is questionable with a left ankle sprain that might keep him out of tonight’s game, but if he does play, he’s a player that the Suns have to take into account for when it comes to game plan as he has scored more than 30 points in his last back to back games. He’s asolutely the real deal which leads to the next big takeaway from tonight’s game….

The Suns Depth Needs To Step Up:

The Suns as a whole had a very good game against the Minnesota Timberwolves last week, but now with Landry Shamet out tonight, a lot of their depth is going to have to come through the bigs. Jock Landale and Dario Saric are going to need to contribute in a massive way with the Suns already missing Cam Johnson and Deandre Ayton’s ankle not being 100%.

Especially with Banchero playing and the rise of Bol Bol who’s shooting 43% from three and Wendell Carter Jr., The Suns bigs are going to have thier hands full with a young hungry Magic team that just beat the Dallas Mavericks on Wendesday 94-87 without Banchero on the floor. The Suns top 3 defense is going to have to come ready to play to fend off against the talented young bigs in Orlando.

Mikal Bridges Has to Be The Next Star

Tip-off for the game starts at 5 PM at the Amway Center as the Suns are looking to move to 9-3.

Mikal Bridges Has to Be The Next Star
Marc Ross: ” There Might Be No Hope Left for the Arizona Cardinals Season”