Eno Benjamin: “It Felt Great Out There” 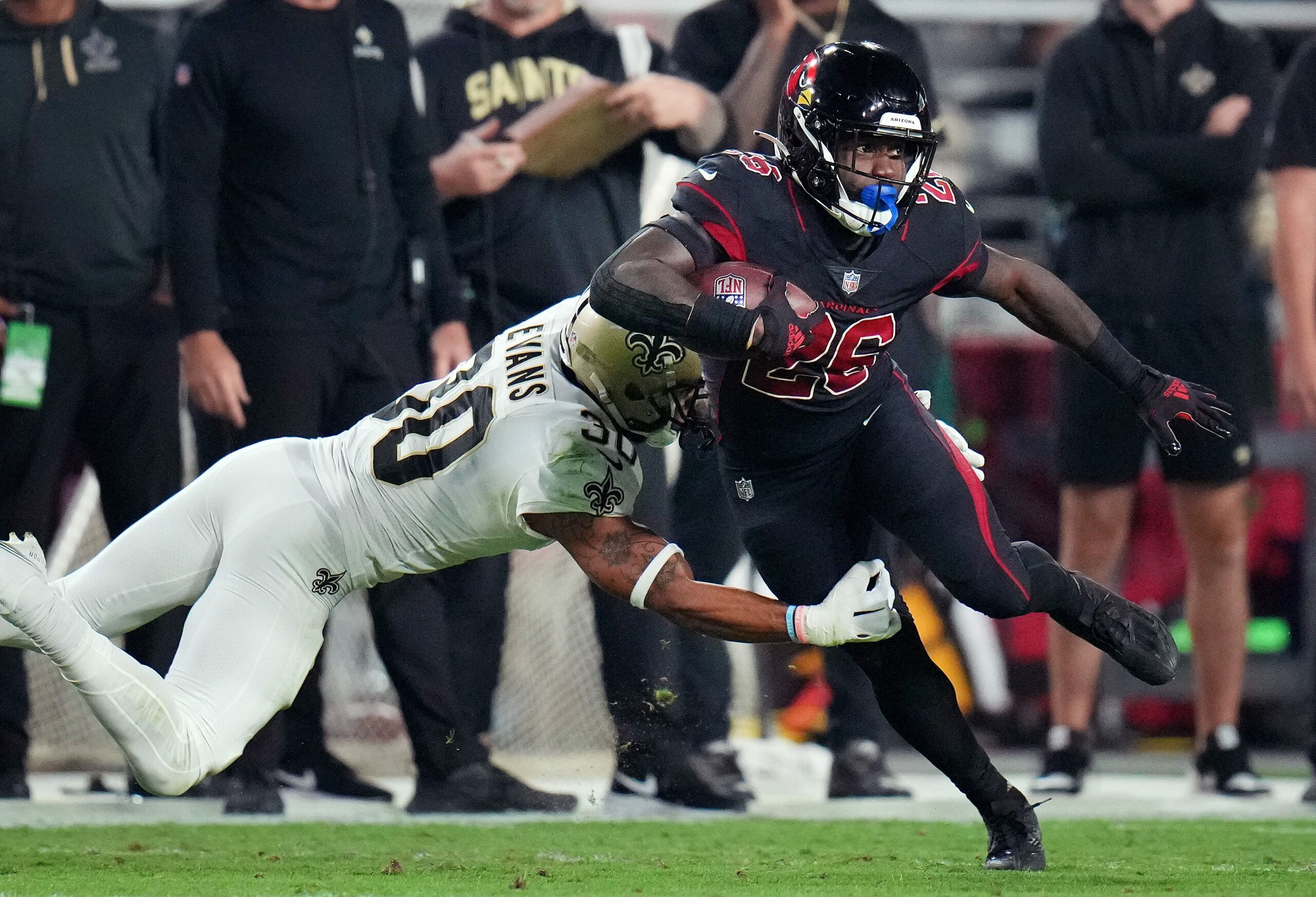 It was a career day for Eno Benjamin, and the Cardinals should be more than ecstatic on the potential Benjamin brings to the team’s offense.

With James Conner and Darrel Williams injured during Week six, Benjamin had sort of a letdown performance in his first game as the starting RB. Recording only 37 yards on 15 rushes against a horrible Seahawks defense was not how Arizona envisioned the matchup to go.

However, the RB out of Arizona State University got his revenge tonight against the New Orleans Saints. Benjamin racked up 92 yards and a touchdown from the ground, along with four receptions for 21 yards in the air. This was only his third NFL touchdown and was his first game with over 50 rushing yards.

Eno Benjamin stretches out for the TD 😤

The Cardinals are rolling on TNF.pic.twitter.com/sHfusYqRuD

After the game, Eno credited DeAndre Hopkins’ return as part of his success from the ground, via Paul Calvis:

“It definitely opened up the game a lot.”

Benjamin stated, “it felt great out there,” but, he was not the only one excited over his breakout performance.

Eno Benjamin is tough as hell.

Eno Benjamin just told his whole team, I'm sick of this bleep, give me the ball and let's go win the game

For the First Time in Forever, State Farm Stadium is Victorious
Fans React to Cardinals’ 42-34 Win