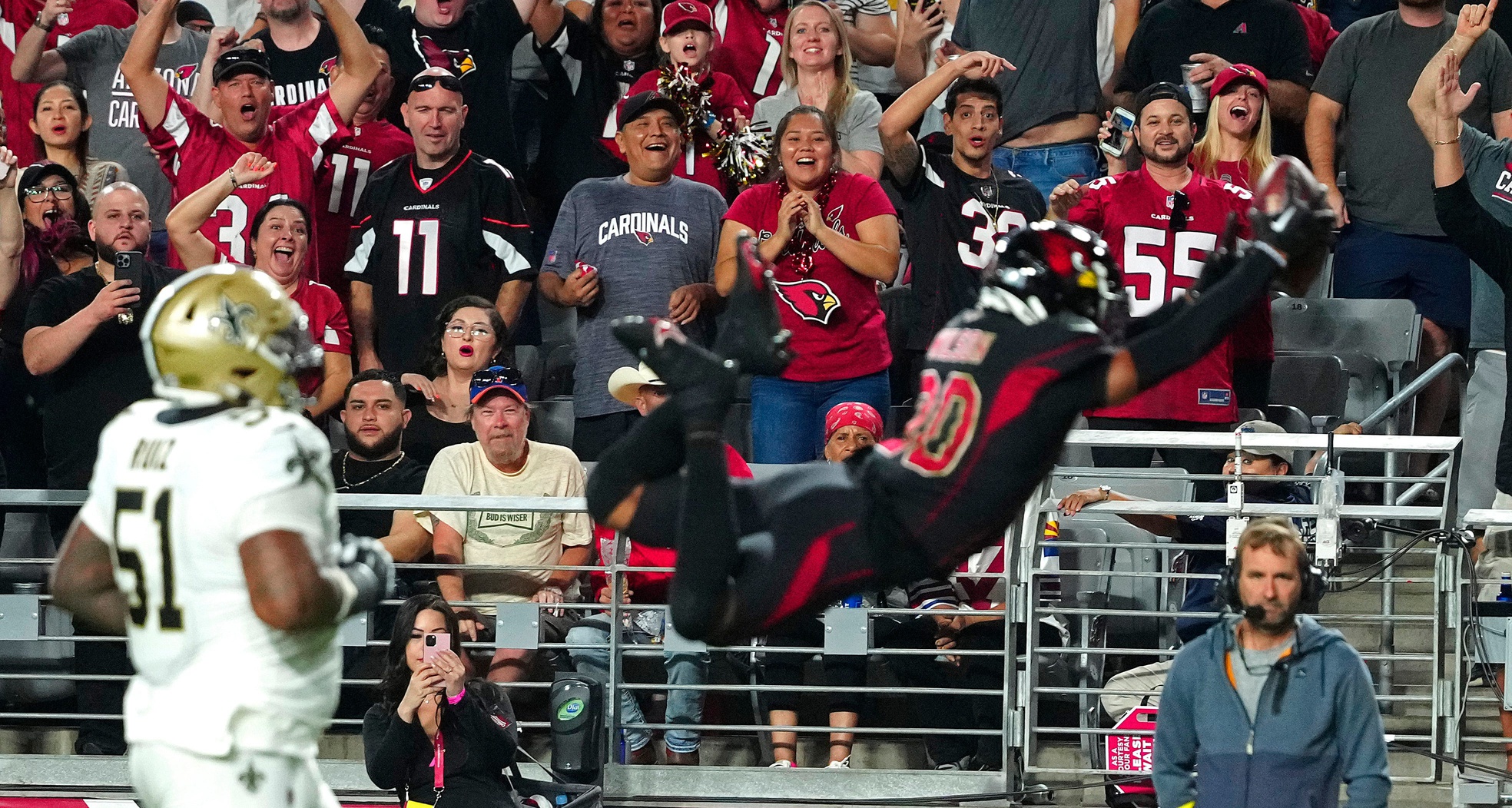 The Arizona Cardinals improved to 3-4 on Thursday after besting the New Orleans Saints. Week 7 brought about a turning of the tides for Arizona, and a turning page that fans can appreciate.

As such, the Red Sea was wide open as fans and figureheads complimented Arizona on their gritty effort against New Orleans.

At halftime the Cardinals are up 28-14 🫢 pic.twitter.com/7P6aGSXvko

the Cardinals have officially scored more points tonight than the Colts, Broncos, Commanders, and Bears combined from the last 2 weeks of Thursday Night Football pic.twitter.com/D9OPXod8Rp

Arizona is coming off a flattening loss to the Seattle Seahawks in Week 6, so a win against the Saints was much needed. But being able to add in an instant Marco Wilson meme from a pick-six is elating.

The defense was the highlight of Thursday’s primetime contest for Arizona. Wilson, along with Isaiah Simmons and Antonio Hamilton, dominated the downfield game, each registering an interception. Wilson along with Simmons were able to score off their picks.

For the First Time in Forever, State Farm Stadium is Victorious

While Kyler Murray wasn’t able to generate much scoring from passing, the Cardinals still found a way into the endzone off rushing attempts. DeAndre Hopkins also looked as if he hadn’t missed a beat in his season debut. The five-time Pro-Bowler caught 10 of his 14 targets for 103 yards.

Murray finished the game completing 20 of his 29 passing attempts for 204 yards, resulting in one touchdown. He posted a quarterback rating of 100.4.

Much like Week 6, the Cardinals built off their defensive identity to mask the budding offense that is still finding its grove.

The timing could be favorable for Arizona, who will have a chance to continue its winning ways against the Minnesota Vikings in Week 8. Minnesota won’t make things easy on Arizona, as they boast a 5-1 record for the season.

Eno Benjamin: “It Felt Great Out There”
Video of the Month Candidate?