For the First Time in Forever, State Farm Stadium is Victorious 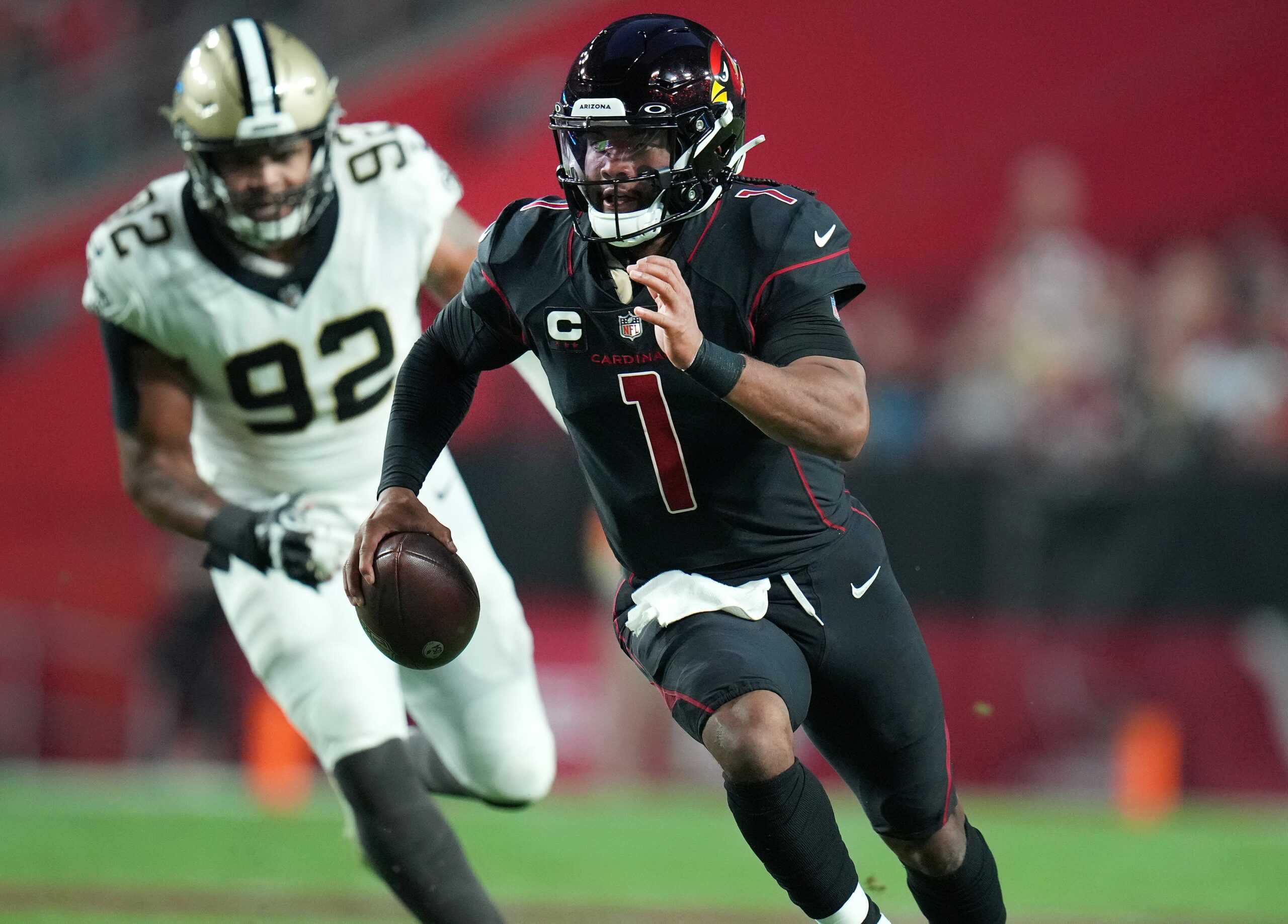 After a strong defensive performance in the first half, the Cardinals’ offense came out firing in the latter half of their Week 7 victory over the New Orleans Saints. The combination of the two performances gave Arizona a season high of 42 points.

For the first time this season, Arizona played a complete game from start to finish. Eno Benjmain led the charge from the ground while DeAndre Hopkins recorded over 100 yards in his first week back.

But more importantly, the Cardinals finally snapped their eight-game home losing streak and improved to a 3-4 record by beating the New Orleans Saints with a final score of 42-34.

Within one minute of each other, Isaiah Simmons and Marco Wilson combined for two pick-sixes and 12 points on the board. These two interceptions capped off the best quarter the Cardinals have had all season. After trailing 7-3, Arizona outscored the Saints 25-7 to end the second half.

On the interception, Simmons reached a speed of 20.68 mph, the fastest recorded speed of any linebacker this season.

Isaiah Simmons reached a top speed of 20.68 mph on his pick-six of Andy Dalton, the fastest speed by a linebacker as a ball carrier this season.

Since 2020, Simmons has reached 20+ mph six times on plays from scrimmage, most among all LBs in that span.#NOvsAZ | @AZCardinals pic.twitter.com/beoOeCrv2y

Along with the spectacular interceptions, the Cardinals’ defense held Alvin Kamara to only 49 yards. Overall, the Saints only recorded 85 rushing yards. This is a team that was averaging 120 yards per game on the ground going into this week.

With Marquise Brown out due to an injury, a big week from DeAndre Hopkins was bound to come. In his opening season debut, Hopkins did not disappoint, recording 103 yards on 10 receptions. This was his first 100-yard receiving game since Week 14 of the 2022 season.

The connection between Kyler Murray and his five-time Pro Bowl target is something that defenses will have to fear every single week.

Even more impressive, DeAndre Hopkins had more receiving yards than every other Cardinals wide receiver combined.

103 — DeAndre Hopkins
101 — Everyone else combined pic.twitter.com/FYBWeiDYgd

With tonight’s win, the Cardinals will now need help from the other three teams in the NFC West.

The 49ers will be facing off against the Chiefs while the Seahawks play the Chargers this Sunday. If both lose, then the NFC West will be home to three 3-4 teams and the 3-3 Rams, who have a bye this week.

Fast forward to Week 8, and the Cardinals will be up against the Minnesota Vikings for their first Sunday morning game of the year. Arizona will have Robbie Anderson and even possibly James Conner back on the field to carry over the offensive momentum.