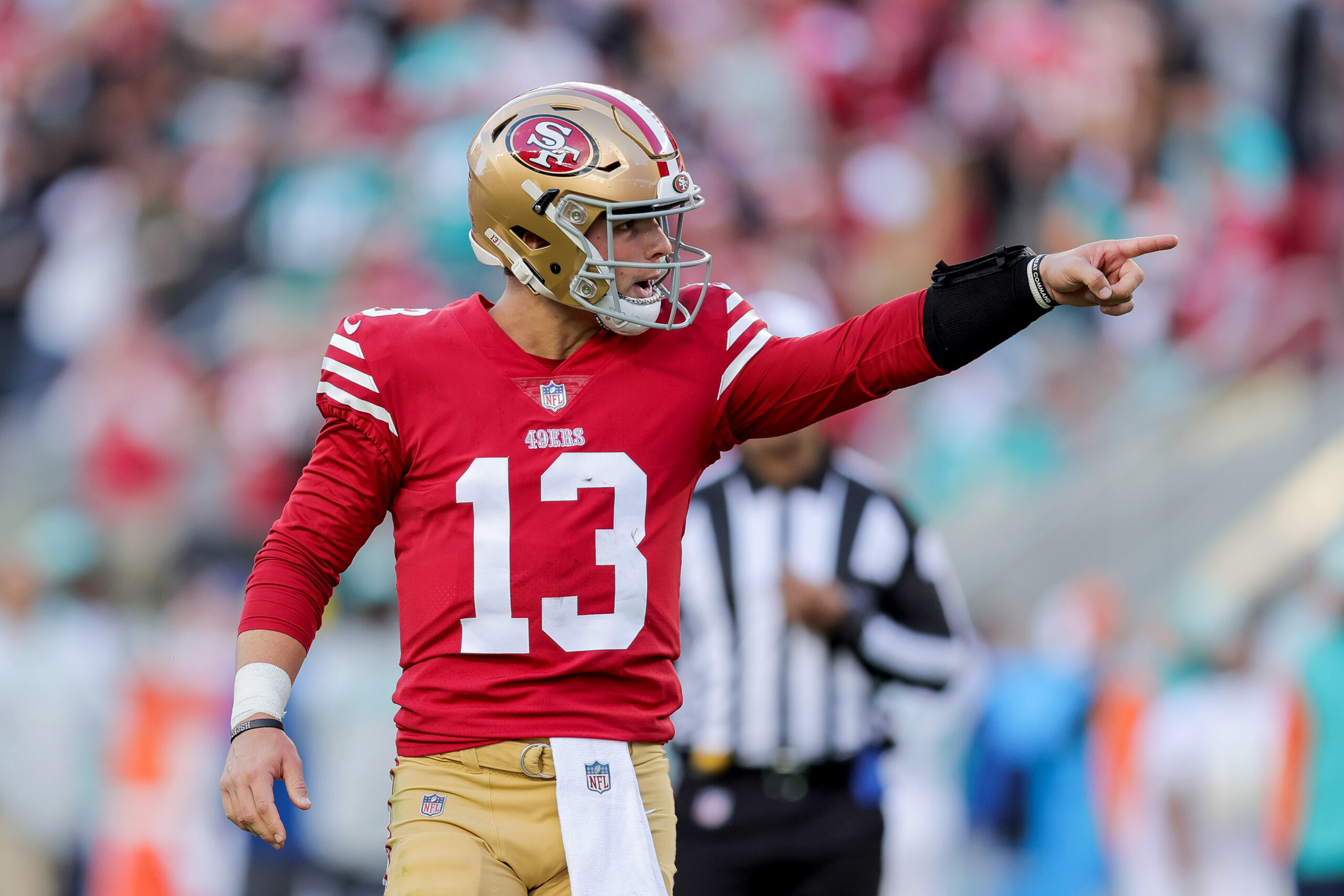 Phoenix native Brock Purdy made history on Sunday with the San Francisco 49ers.

Purdy had an opportunity that many rookies could never imagine. After starting quarterback Jimmy Garoppolo left the game early with a season-ending ankle injury, the last pick of the 2022 NFL draft took over at quarterback.

Throwing for 25 of 37 for 210 yards and a touchdown Purdy led the 49ers to a 33-17 victory over the 8-4 Miami Dolphins. With this touchdown, Brock Purdy became the first ever Mr. Irrelevant to throw a touchdown in the NFL.

Brock Purdy is officially the first Mr. Irrelevant to ever throw a touchdown pass in the NFL. pic.twitter.com/bxEyRGPjO9

Entering this season, the chances of Purdy seeing any playing time were close to zero. The last time a quarterback was drafted with the very last pick in the NFL draft dates back to 2012, then all the way back to 1997. And neither of these players ever stepped on the field during a single regular season game in their career.

But it is not often that both the starting and backup quarterbacks of a team are sent to the sideline with season ending ankle injuries.

Sitting at 8-4 on the season, the 22-year-old out of Iowa State may have the chance to make a playoff appearance in his rookie year.

Brock Purdy grew up in Queen Creek, Arizona, where he went to Perry High School as a teenager. He was the starting varsity quarterback for Perry from his sophomore year on.

During these years, Purdy was 27-13 as a starter, was awarded Gatorade Player of the Year, and was named Arizona’s Republic high school football player of the year.

After high school, Purdy went on to play at Iowa State University. Ironically, he was the third string quarterback during his freshman season before both quarterbacks ahead of him were injured.

These injuries led him to the starting job in his first year and allowed him to play eight total games, throwing for 2250 yards.

In total, Brock Purdy threw for over 12,000 yards during his four-year career at Iowa State.

Purdy is set to face off against his hometown team, the Arizona Cardinals, to finish off the 2022 NFL season.

Although in San Francisco, the matchup will be exciting for all Arizona sports fans.

If the 49ers decide to stick with Brock Purdy throughout the entirety of the season, further history is due to be made.