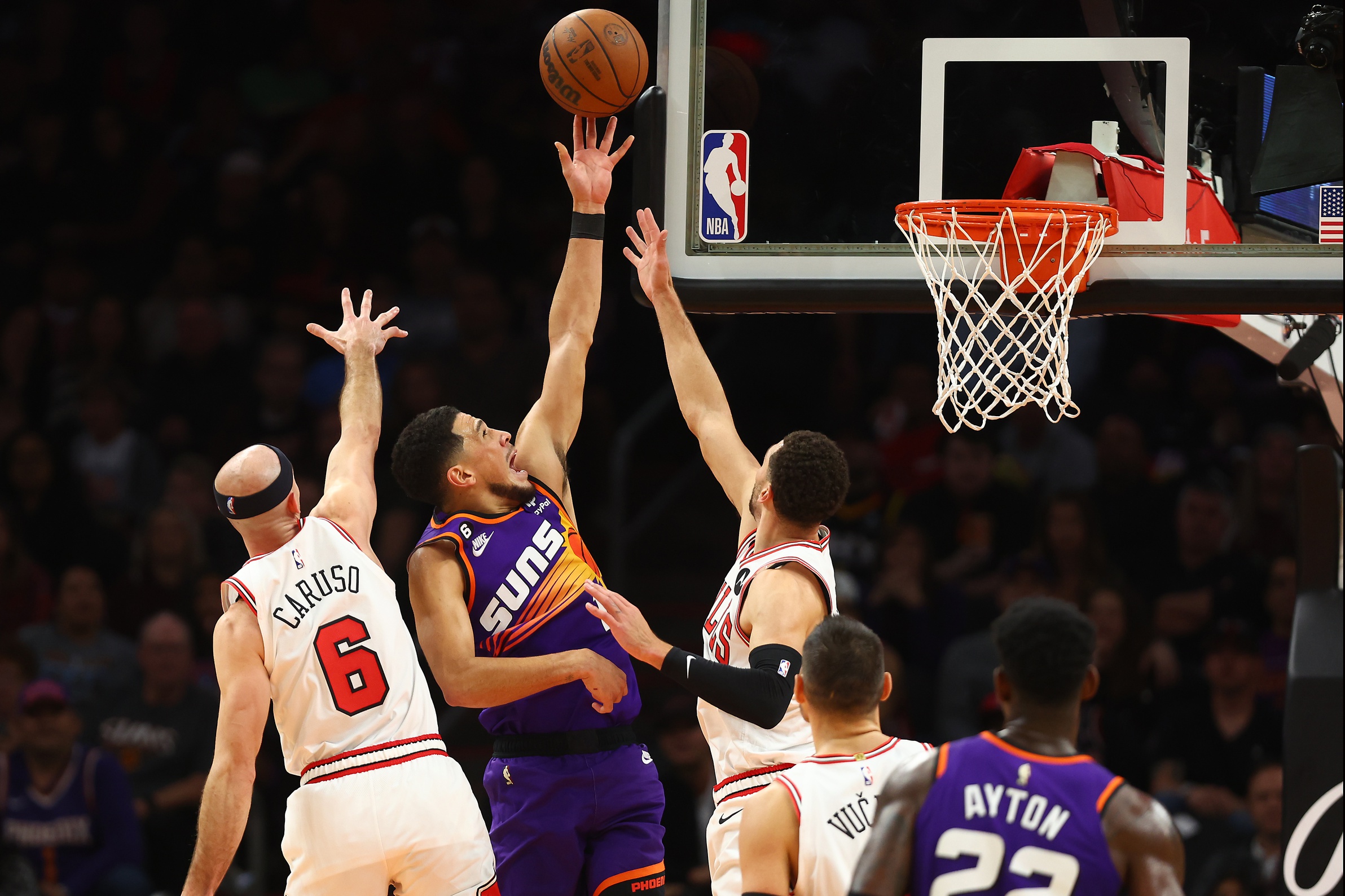 Being that the Phoenix Suns were putting the league on notice, it was unlikely that the Chicago Bulls would put a stop to that campaign. Yet the Suns made sure to cement that notion during the first half on Monday.

In a game that looked over, there was still another half of game to be played by Phoenix.

Phoenix went to work on a Bulls squad that met for the first time in the season. The Bulls were only able to put up 43 points through the first half. Much of that was attributed to the low three-point shooting, as Chicago went 1-for-17 from three-point range.

Devin Booker and Deandre Ayton appeared to be the second coming of Shaquille O’Neal and Kobe Bryant.

Booker put up 25 first-half points with five assists. He was scoring effectively as well, which has been a knock on his offensive game by pundits. Booker went 10-of-14 from the field.

As for Ayton, the big man has been on a tear lately. He was up to 16 points and nine rebounds by the end of the first half.

Phoenix was able to limit Chicago’s focal scorers in DeMar DeRozan and Zach Lavine in the first half as well. The two Chicago stars combined for 18 points.

Both Ayton and Booker seemed prepared for career nights as the third quarter ensued.

Ayton was making his presence known on the defensive end, registering his first block of the game.

DeRozan was attempting his best efforts to put his team back in striking distance, but the Bulls were far out of distance. Despite that, the Bulls were up 17-14 in third quarter points compared to the Suns nearly halfway through the quarter.

Despite that, DeRozan seemed invincible on his drives to the basket. The Bulls forward was up to 21 points as time hit the five-minute mark. If Chicago had any window in the game, it’d be through its five-time All-Star in DeRozan.

It didn’t seem to matter though, as Booker continued scoring at ease to keep the Suns’ lead intact. Booker was on schedule for a 50-point night, being up to 42 with four minutes remaining in the quarter.

For every quiet mid-range jumper that DeRozan made, it was met by an electric three-pointer by Booker. Booker contributed on both ends of the floor, bringing the Footprint Center to its feet. He was up to 51 points on the night, as the Suns ended the quarter leading 106-81.

Head coach Monty Williams could have decidedly seen enough from his young superstar in Booker.

The Suns were up 25 points at the start of the fourth quarter, leaving little to no playing time needed for Booker. Booker was also averaging 36.1 minutes per game in the Suns’ last five wins. As such, Williams could elect to sit Booker.

That appeared to be the case, as Williams unloaded most of his bench in the fourth quarter while keeping Bridges and Cameron Payne in.

Bulls head coach Billy Donovan appeared to waive the white flag on the contest also. DeRozan was up to 29 points, but his efforts seemed futile given his supporting staff’s off-shooting night.

Phoenix struggled to put up points halfway through the quarter with only four. Given that, Williams decided to give Ayton some extended playing time. Donovan also decided to let DeRozan receive some crunch-time minutes in Chicago’s efforts to rally back from the huge deficit.

Ayton was able to pad his stats, ending the night with 30 points and 16 rebounds.

The Suns were predicted in this contest, and they didn’t disappoint. Phoenix will now host the Houston Rockets on Friday.