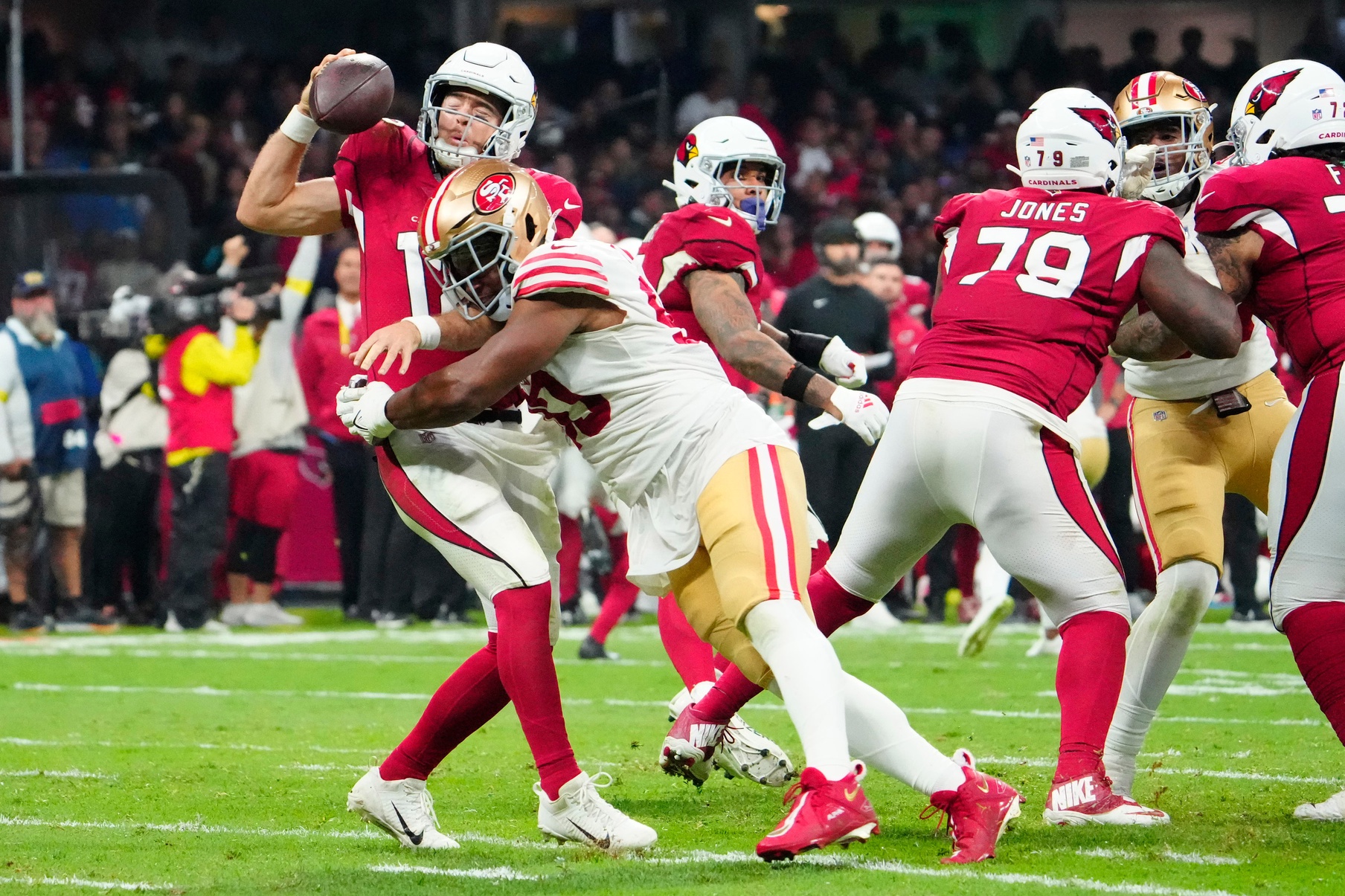 Monday Night Football showed no favors to the Arizona Cardinals against the San Francisco 49ers. It was a contest that showed great promise for both squads initially, but Arizona quickly fell behind as the second half began.

It wasn’t long into the third quarter before it became evident that Arizona was outmatched. The brutality from the 49ers became more than an undermanned Cards squad could handle.

Fans were familiar with the letdown from the Cards, and much became apparent on social media.

Kyler Murray watching the cardinals get blown out knowing he could have been at home playing Warzone pic.twitter.com/tce9FYHeVL

How the Cardinals look trying to tackle the 49ers pic.twitter.com/3v36pHUdQG

This is going so bad the Cardinals are going to ask HBO to take it out of next week’s Hard Knocks.

In a season where Arizona’s defense has been the savior more times than not, that wasn’t the case Monday. The offense proved unfavorable, and the defense couldn’t bail them out.

Colt McCoy was impressive in his starting debut during Week 10, but similar flaws for the offense surfaced against the 49ers. He threw for 218 yards against San Francisco, but was unable to convert in the endzone for a touchdown. He also had one interception, with a few near-picks during the game.

On the other end, Jimmy Garoppolo was a sight to see as the step up quarterback for the 49ers. He was able to get off four touchdowns, which put the game far out of reach.

The Cardinals were able to roll out Trace McSorley given the early end to the game. The offensive and defensive line failed to give the 49ers much of a push back, and the grittiness that Arizona showed in the first half disappeared.

With the loss, the Cardinals move to 4-7 on the season, furthering their chances of playoff success for this campaign.

Arizona will get another shot to right its wrongs in Week 11 against the Los Angeles Chargers.