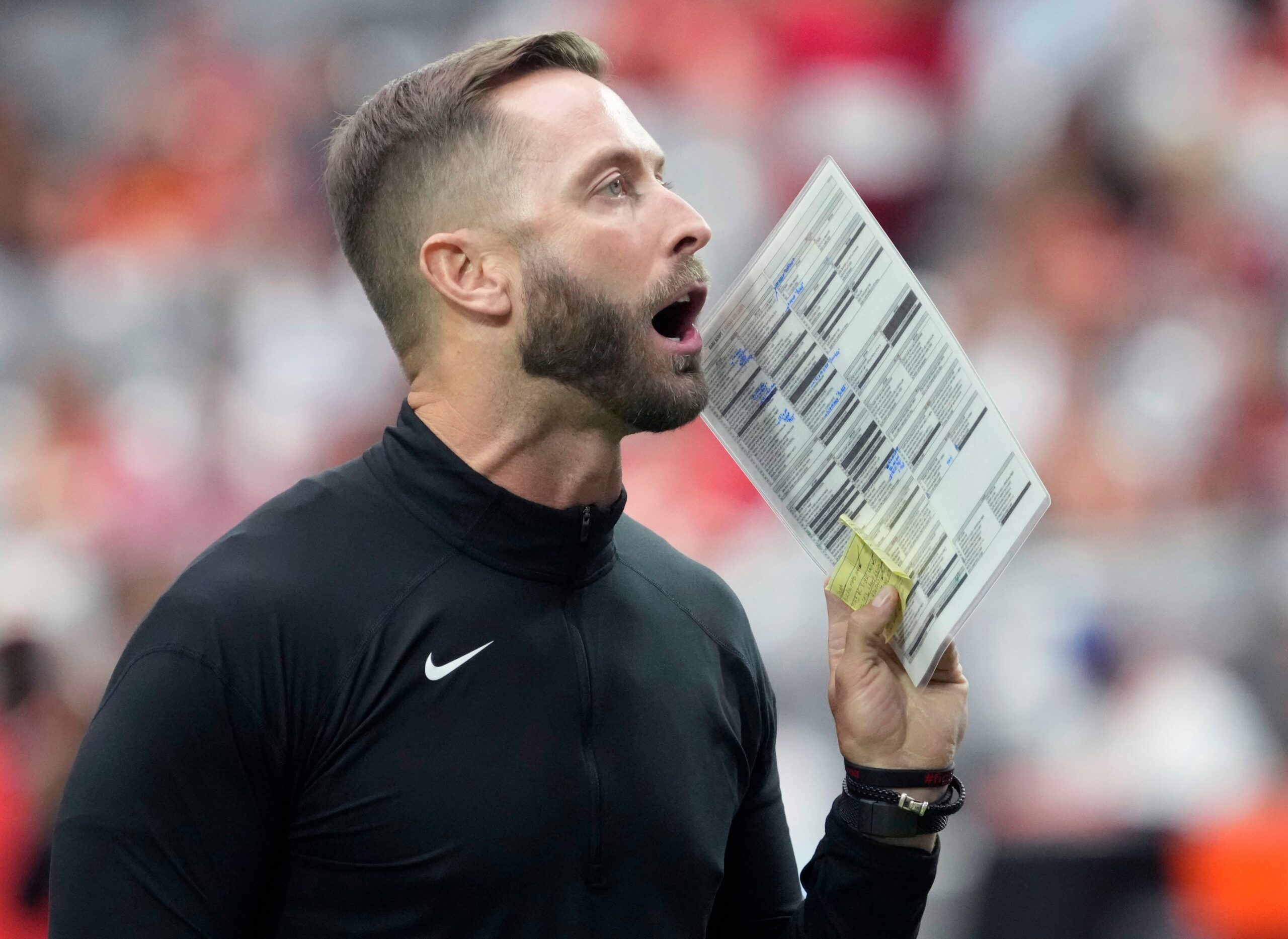 Kliff Kingsbury kept it short and simple when responding to the Cardinal’s embarrassing week one loss.

There were a lot of concerns heading into the game about whether Arizona had gotten enough practice during the preseason. These worries could be credited to Kyler Murray missing multiple practices due to COVID-19 and being unable to connect with his new wide receivers. Many also pointed out that the Cardinals rarely played any starters during their three preseason games. For the most part, the Cards stuck with backups, rarely giving the starters any looks.

Kingsbury may have added more speculation here by responding to the loss with “We have to get a lot better in a hurry” and “It looked like preseason Week 1”.

“They beat us in every way.”

Kliff Kingsbury on the Arizona Cardinals 44-21 loss to the Chiefs. pic.twitter.com/ULaUBMTpQ3

However, Kliff seemed to not be able to point out exactly what went wrong…..

“I’ll have to watch the tape. We’ve got to get better in many ways”

Whether the Sunday afternoon blowout was Kliff Kingsbury’s fault or not, the head coach is facing tons of backlash across social media.

Fans are calling for Kliff to lose his job and lots are complaining about his contract. Both Kliff Kingsbury and Cardinals GM Steve Keim are under contract until 2027. This major extension was signed back in March early in the offseason.

Do you think Kliff Kingsbury should be worried about his job?