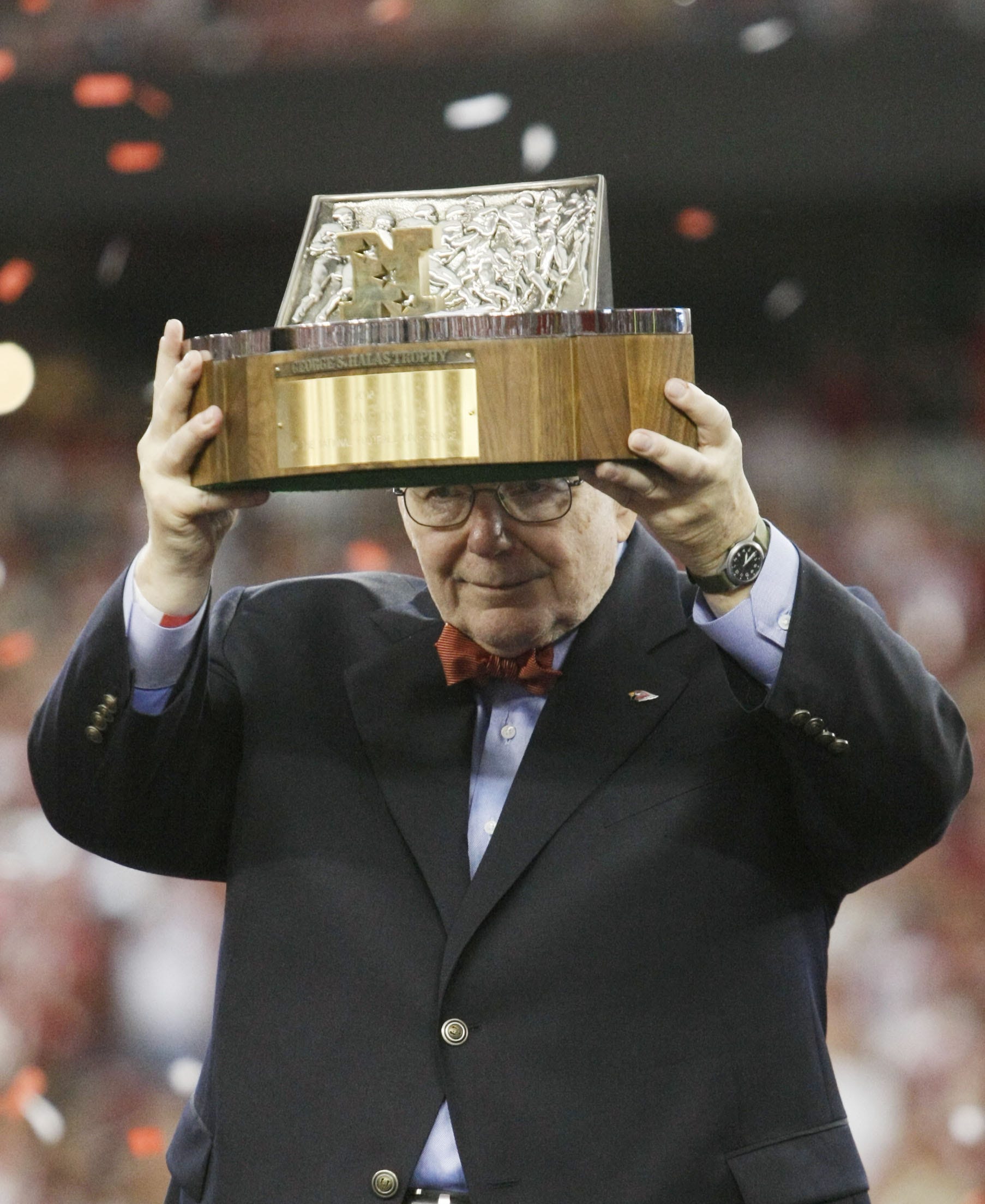 Late owner Bill Bidwill is inducted into the @AZCardinals Ring of Honor. pic.twitter.com/5mh1r4I8hE

When Bill Bidwill took over as owner in 1972, the team was in St. Louis, and he moved the team to Arizona in 1988. Bill’s son Michael is now the owner of the Cardinals.

Kliff Kingsbury Reaction to Cardinals loss
Is it too early to panic?
Loading More Posts...