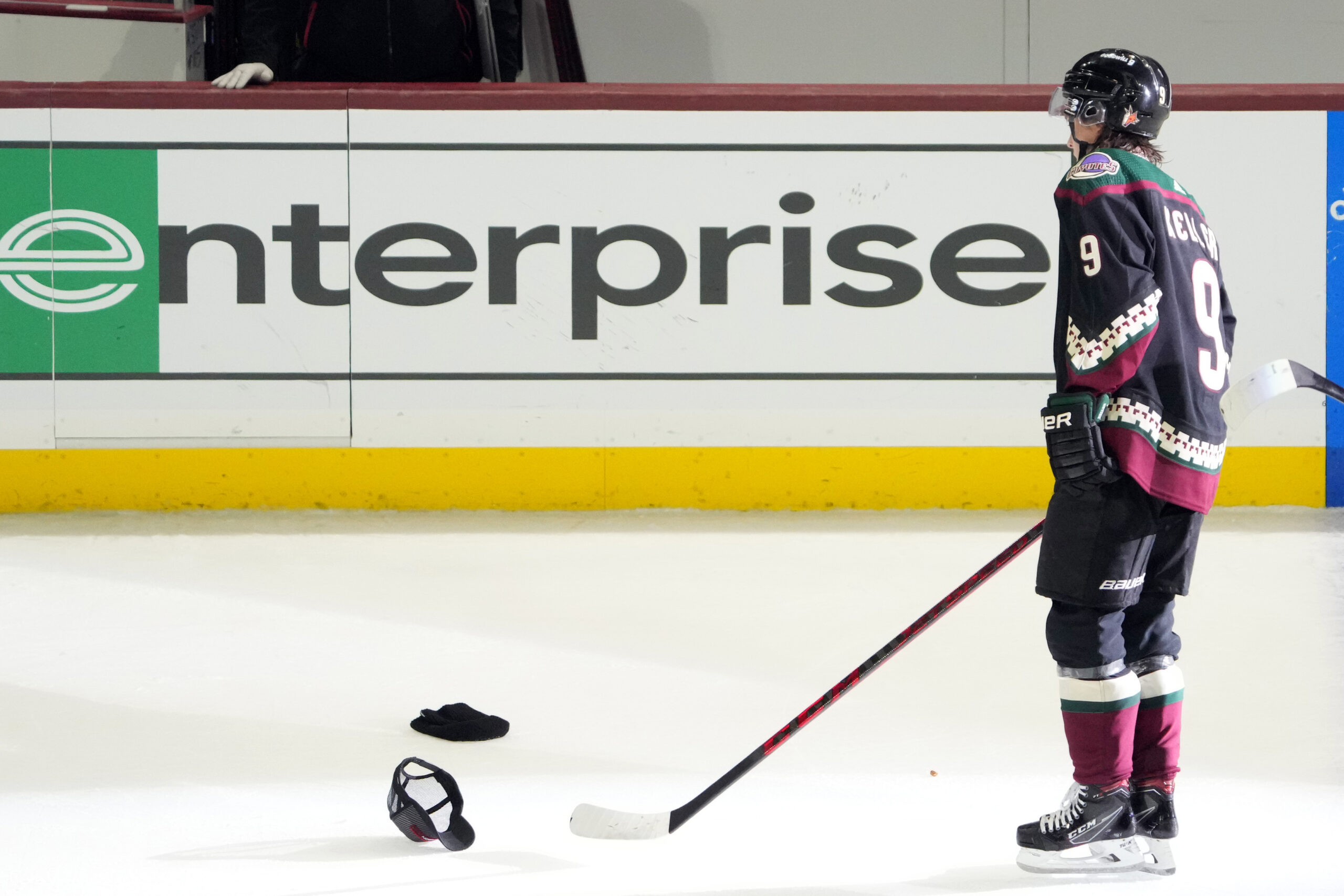 The All-Star Keller has been on fire the lsat 2 months, and seems to be getting hotter and hotter as the days pass. Keller score three of the Coyotes 4 goals in last night’s victory against the Golden Knights.

Everybody Stepped Up Last Night

On top of Clayton Keller being on fire recording a hat trick, on defense the team seemed to be clicking including the goalie.

Karel Vejmelka, Coyotes goalie block 35 out of 36 goals shot at the net by Las Vegas. The patience with him from the franchise is paying off, as he is getting better with every outing.

The goalie position was one of the biggest questions coming into this season. Vejmelka has earned his spot as the starting goalie after struggling early on in the season.

The Youth of the Yotes

Players have been growing up right before our eyes. Lawson Crouse, Clayton Keller being the two at the forefront. The biggest problem coming into the season was the youth.

The franchise stated this season would be one full of growing pains. As they have a number of young talented players that they believe in heavily. Enough so they are dedicating this season to their growth.

With Keller turning into an All-Star, I would say that decision is the right one. In the next few seasons we could watch this core group turn into a team that can compete at a high level.

Rowan Donaghey is a NCAAB insider, MLB insider, NHL insider, Betting insider and breaking news reporter for Burn City Sports. You can follow him on twitter via @RowanDonaghey

A rough start to the year for Phoenix sports teams
Loading More Posts...