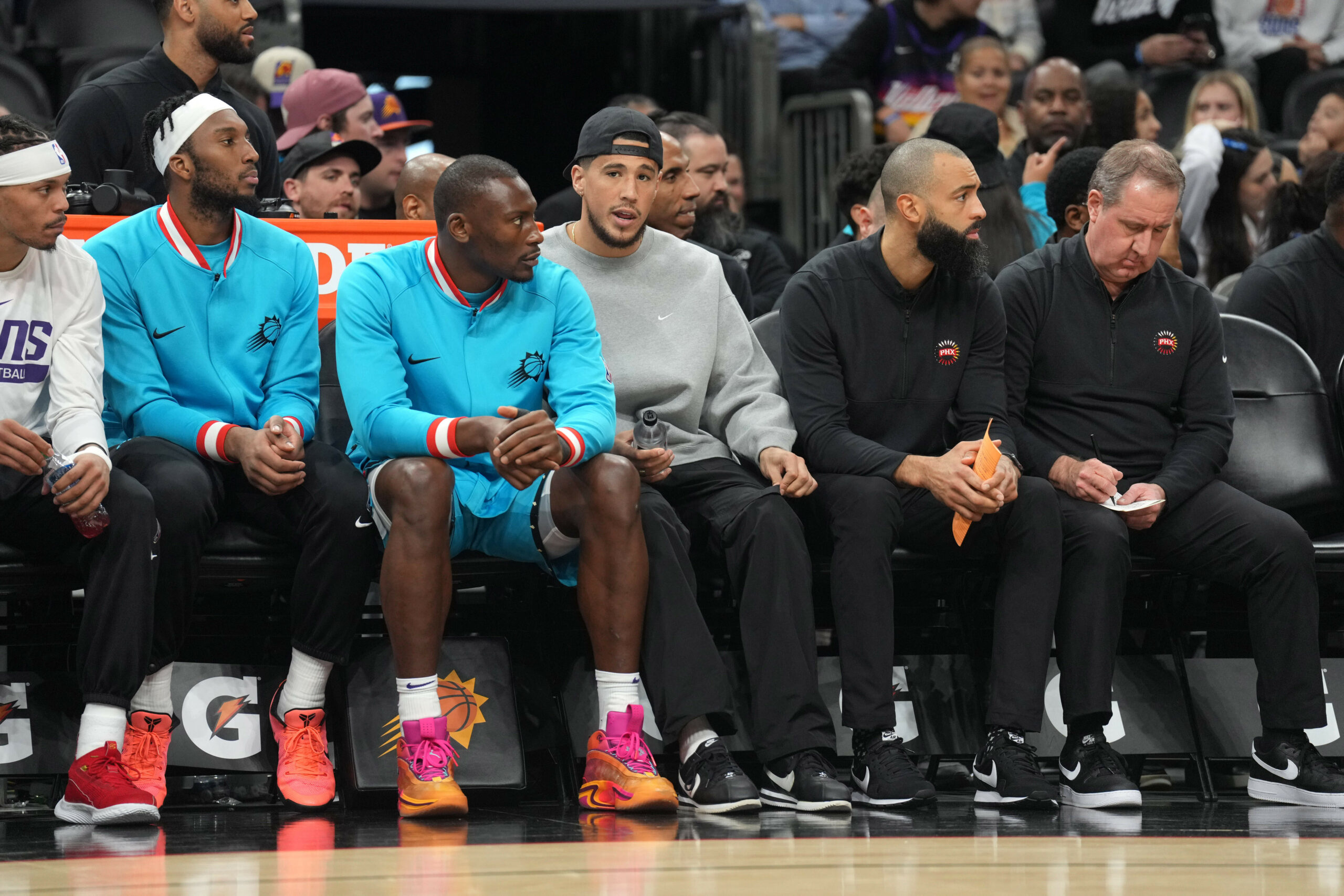 The Suns pulled off a huge upset win against the defending NBA champion Golden State Warriors and Devin Booker was loving every second of his team winning this game. One key thing that Booker was struggling with however was Mikal Bridges and Damion Lee getting asked a question postgame that made Booker go to Twitter confused on what the question was being asked.

What kinda question was that

The reporter apparently quoted something head coach Monty Williams said and even though it came out playful and fun, it seemed to not make a whole lot of sense by the way it came out. But kuddos to Mikal Bridges for playing it off.

It was all just fun and games Booker as he’s just happy that his team snapped a 6 game losing streak. Now they’re looking ahead to tomorrow night to face off against the Denver Nuggets.