Damion Lee Had An Unforgettable Night In Last Night’s Win vs. Warriors 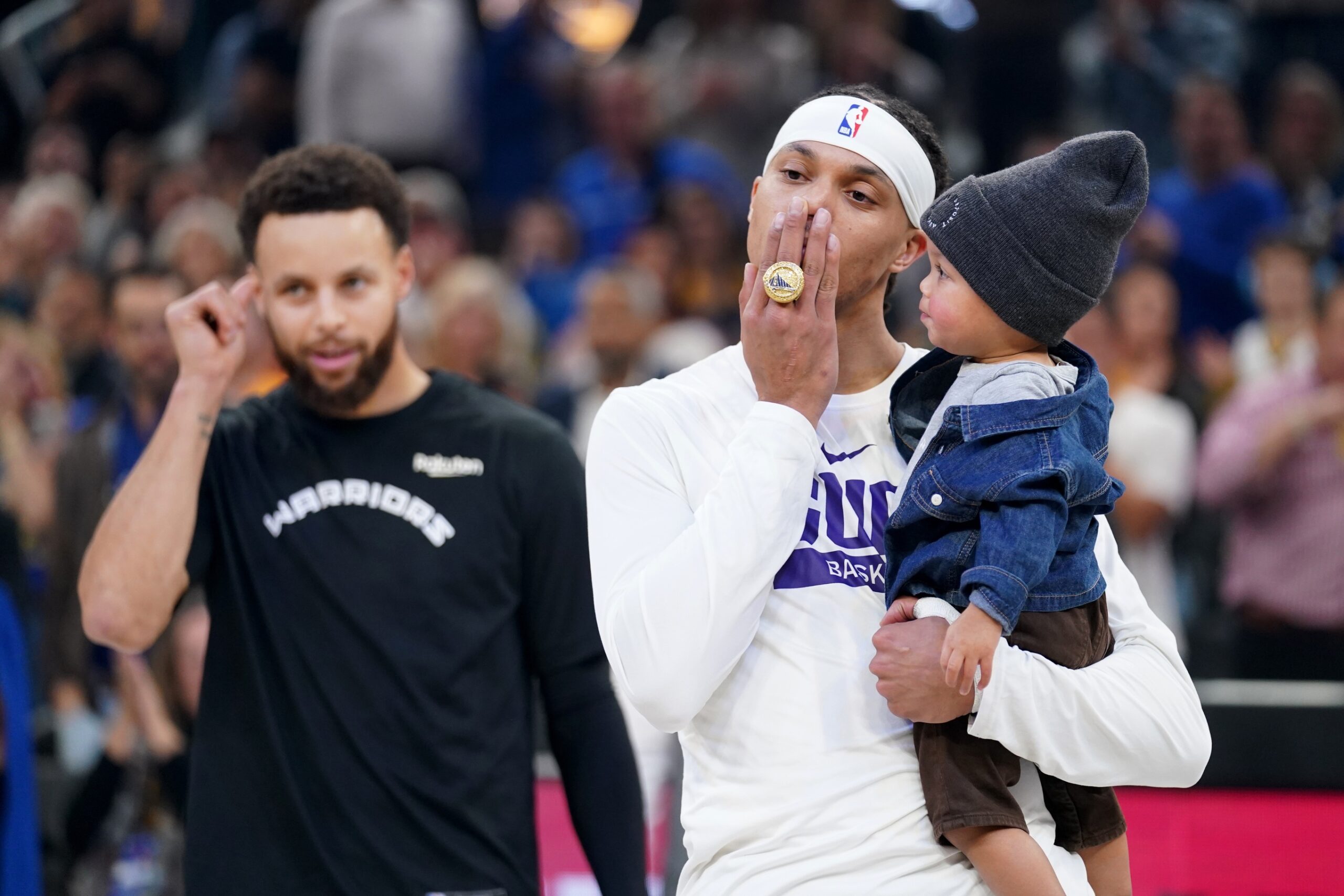 “I had this game circled.” This is what Damion Lee said after he dropped 22 points on the road as he helped lead the Phoenix Suns to an upset win against the Golden State Warriors last night. It was not only a special win for the 6 year veteran. But it was also a special night for him and his family as he got a chance to get handed his championship ring by his brother in-law and reigning NBA Finals MVP Stephen Curry.

Damion Lee played for the Golden State Warriors over the last 4 seasons and helped them win an NBA championship last year. During his career with the Warriors, he averaged 8.1 PPG, 3.4 RPG, and 1.4 APG while shooting 37% from three point range. Lee after the game was just grateful for the journey that took place for him to get to where he is now.

“Like I said just the journey of making it to the NBA, everything it took hard work, just like the grind of just making it here made today a special day.”

After Lee’s breakout performance against his former team, one player in particular wasn’t happy to see him have such a good game. And that’s his brother in-law Curry who was all jokes after the game.

“He played extremely well tonight and I didn’t like seeing it at all. I already cheered him on in his first game at Phoenix from home when he hit the game winner so I did enough cheerleading for D-Lee.“

All jokes aside Curry has been loving every minute of D-Lee’s success in Phoenix up to this point.

”I am proud of him and the way he’s played through the year. Everybody that I talk to in the Suns organization speaks so highly of him on who he is as a person and who he is as a player, what he does for the locker room and again how he’s played on the court and shooting the ball at an extremely high level. You hate to see it against our team but it was a special night for him for sure with his family in the crowd and getting to bring his son on the court.”

Lee is having a career high season in 3 point percentage as he’s shouting 47% from three point range which ranks him second in the NBA behind Brooklyn Nets player Yuma Watanabe. With the all-star game coming up, Curry thinks he should be in the three point shooting contest that weekend.

”Oh for sure. Usually you want the guys shooting the highest % and whatever that volume question is. I think he qualifies.”

This will go down as one of the greatest days in Damion Lee’s career. And for the Suns this could potentially go down as the day that turns their season around until they get reinforcements back in time for the stretch run of the season.