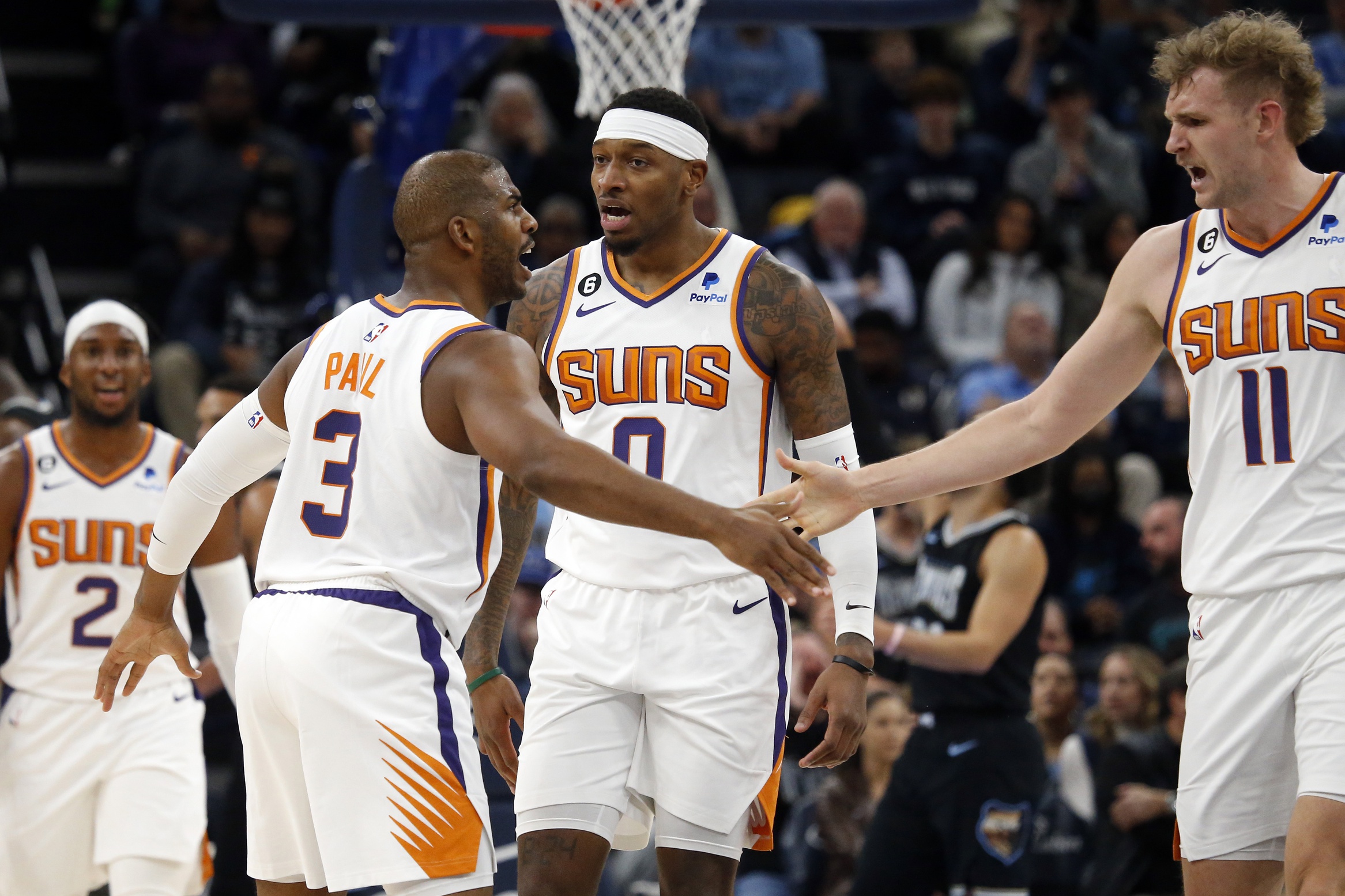 After the game, I did a recap of tonight’s impressive win over the Memphis Grizzlies and what stood out from the game. Here’s a video below this to show you my thoughts on the game.

The Suns were shorthanded tonight with Devin Booker, Landry Shamet, Cameron Payne, and Cam Johnson all out for tonight’s game. However, that didn’t slow them down from a terrific performance as they defeated the Grizzlies by a final score of 125-108. The Suns shot 50% from the floor to the Grizzlies 39% while also shooting 54% from three and making 17 of them. The bench as a whole also played well as they scored 60 points and got great production from Josh Okogie who dropped 12 points, Damion Lee who dropped 12 points and 2 three’s and Duane Washington Jr who led the team with 26 points on 10-19 shooting to go along with 5 threes. Everybody on the Suns’ starting lineup scored more than 10 points as Chris Paul (14), Mikal Bridges (10), Torrey Craig (10), Deandre Ayton (15), and Jock Landale (16) all had impressive performances to contribute to the win tonight.

Shorthanded Suns Get Back On Track With Win Over Grizzlies

The Suns will travel to Washington tonight to take on the Wizards tomorrow another team that defeated them last week at home in hopes to get a winning streak going.

Shorthanded Suns Get Back On Track With Win Over Grizzlies
Is it time to give Duane Washington Jr. consistent playing time?
Loading More Posts...