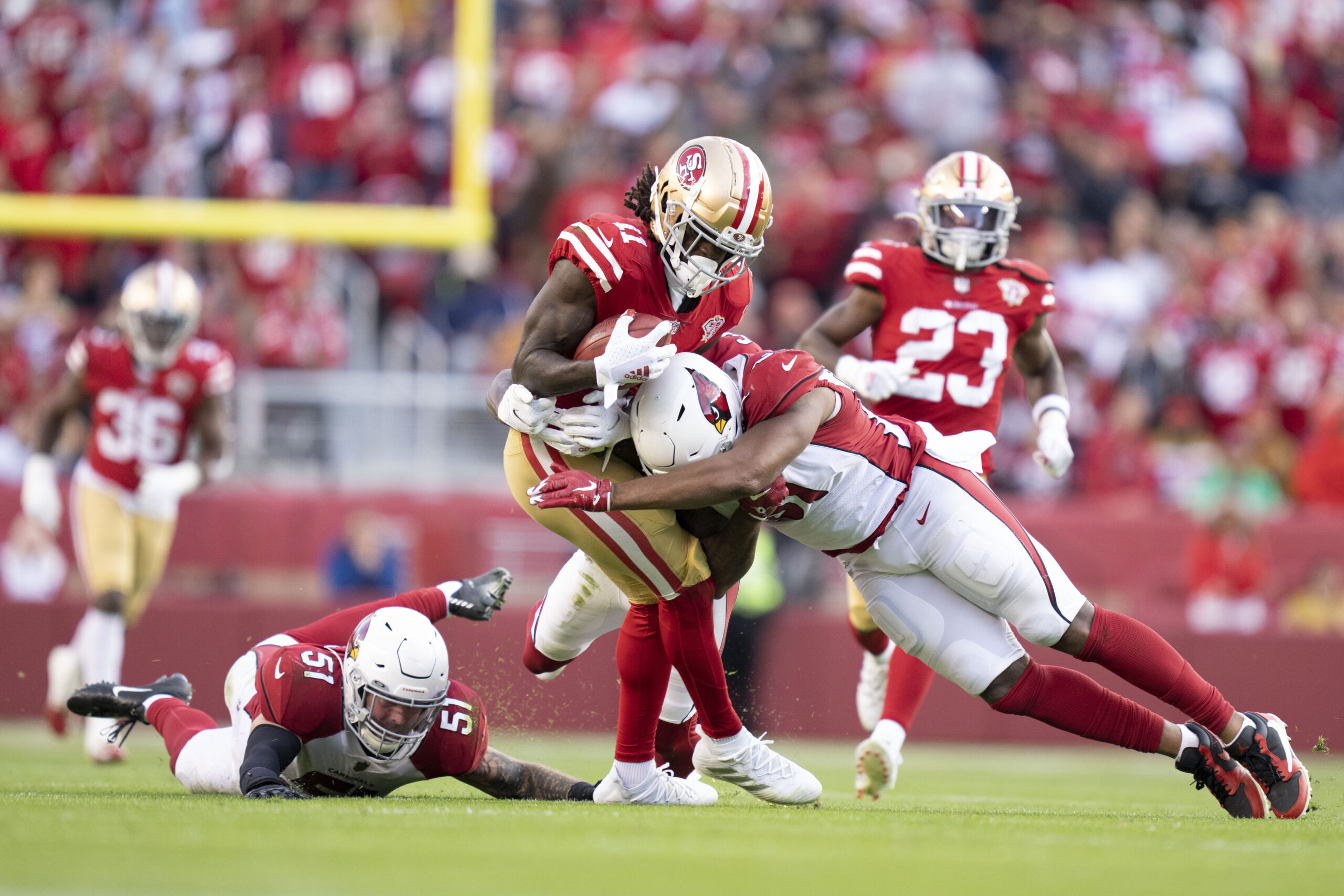 We have an exciting Monday Night Football division rivalry matchup right around the corner.

This will be the first time these two teams are facing each other this year. Last season however, the Cardinals got the best of the 49ers, winning both matchups.

There is a lot on the line for both teams as this season has quickly flown by. A win for the 49ers would mean first place in the NFC West for the first time this year. And a win for the Cardinals means the playoff hopes remains alive. The last thing Arizona wants is to slip into a 4-7 hole with some incredibly tough matchups lying ahead.

Unfortunately for the Cardinals, injuries might be standing in between them and a Week 11 victory. With quarterback Kyler Murray most likely on the sidelines for a second straight week, Arizona will turn to backup Colt McCoy.

But that is not it. The Cardinals will be without at least three starting offensive linemen and CB Bryon Murphy. Not to mention, star receiver DeAndre Hopkins is a game-time decision. This will be an incredibly difficult game to win without Hopkins on the field.

On the 49ers’ sideline, it is mostly blue skies other than DT Arik Armstead. Already, the 49ers have a clear advantage.

The San Francisco 49ers enter this Monday night matchup allowing the fewest yards per game of any team in the league (280).

With pass rusher Nick Bosa lining up against a crippled Cardinals’ offensive line, Colt McCoy will be struggling to get the pass game going early.

Additionally, Arizona will not have Zach Ertz lined up to block. By turning their focus on rookie Trey McBride, this Cardinals offensive line is going to be a piece of cake for the 49ers.

And for San Francisco’s offense, well, there are just one too many weapons. Now with breakout running back Christian McCaffrey, this offense is every defensive coordinator’s nightmare.

The combination of Deebo Samuel, Brandon Aiyuk, George Kittle, and CMC will be too much for the Cardinals’ defense to handle.