Colt McCoy Likely to Start for the Cardinals on Monday 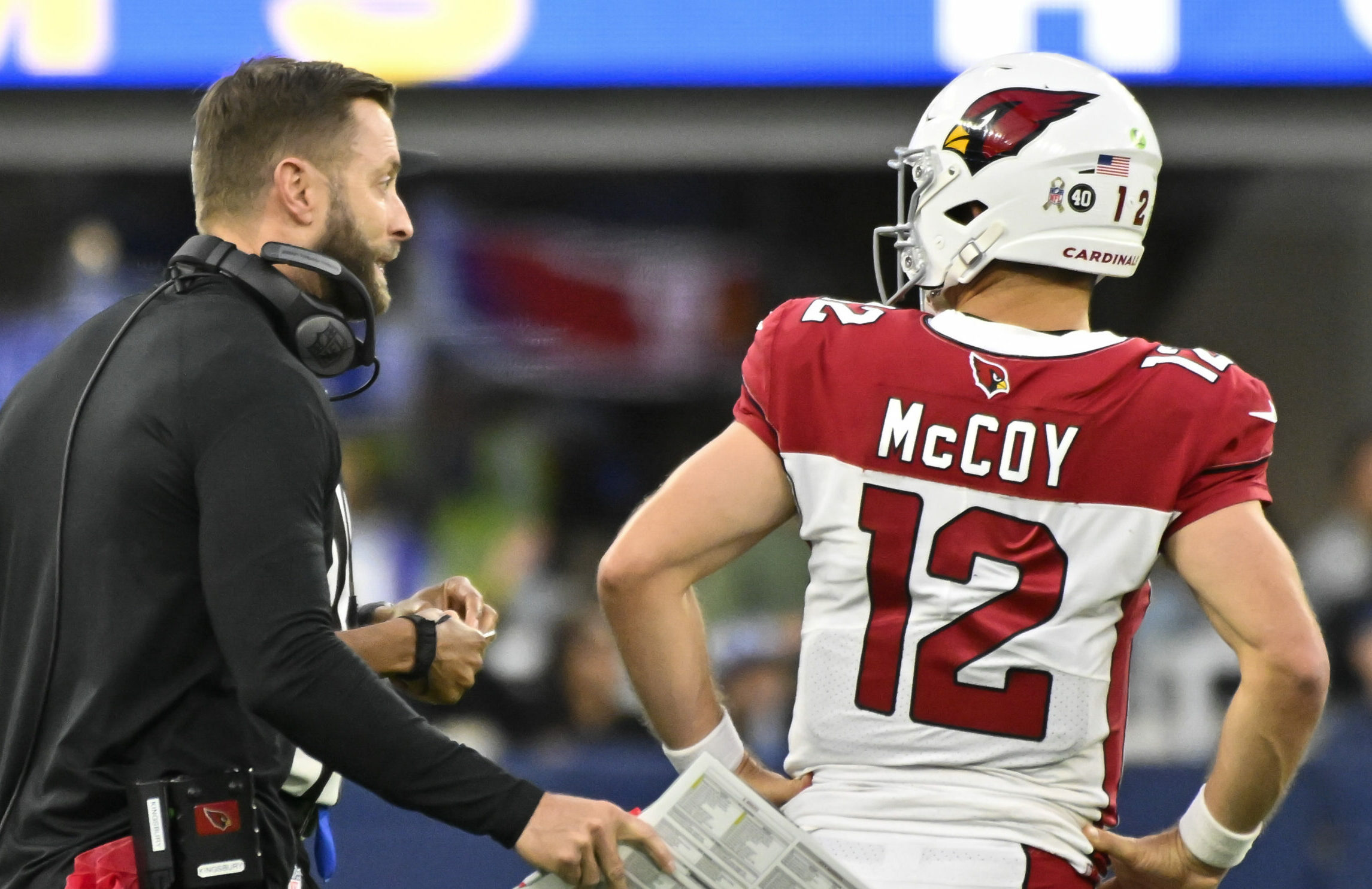 Although it is not set in stone, it is looking like the Arizona Cardinals will hand the football over to backup quarterback Colt McCoy tomorrow night against the 49ers.

Sources claim that McCoy is “expected to be that guy” for Arizona.

This will be the second straight week that Kyler Murray will be on the sideline. Nursing a hamstring injury, the Cardinals have been very cautious with their franchise quarterback.

And so far, this has worked out just fine. Colt McCoy led the Cardinals to a 27-17 victory over the Los Angeles Rams in Week 10 by throwing for 238 yards and a touchdown.

However, now the veteran QB will be up against one of the best defenses in the NFL. Through 10 weeks, San Francisco’s defense has held opposing offenses to an average of 280 yards per game, which leads the league by a wide margin.

McCoy does have some experience against the 49ers, as he faced them around this same time last year. The Cardinals ended up winning this matchup with a final score of 31-17. McCoy threw for 249 yards and a touchdown. This is the exact performance Arizona is hoping to get again.

It will be a critical Monday night matchup for both teams. With over half of the 2022 season already done, the playoff picture is still extremely tight. Division games like this one are crucial, and Arizona cannot afford to slip into a 4-7 hole.