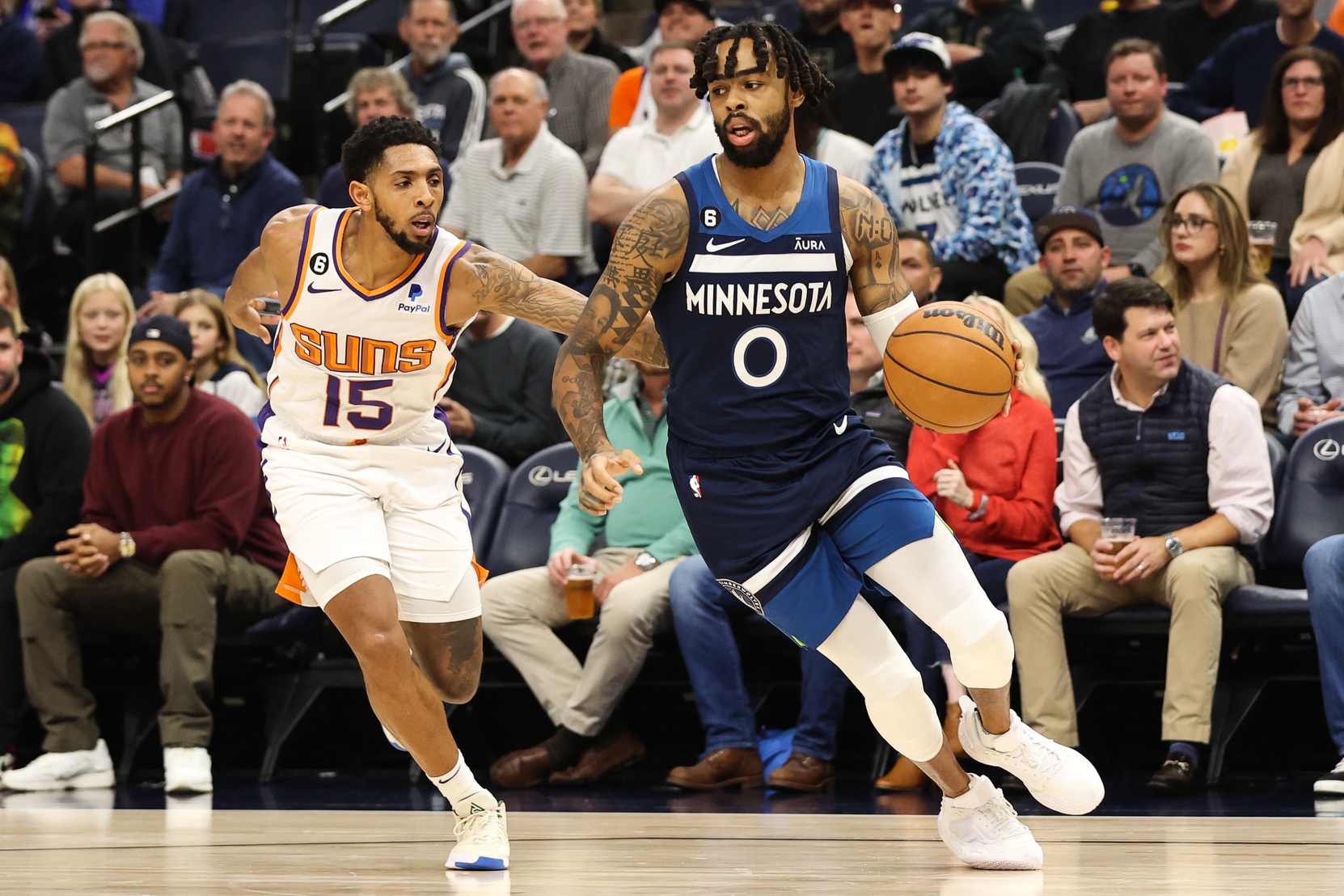 It was an all-around complete game for the Phoenix Suns as they defeated the Minnesota Timberwolves 129-117 to move to 8-3 on the season. The Timberwolves made it interesting down the stretch stopping the clock by getting to the foul line but the Suns matched them point for point down the stretch. The Suns shot an impressive 48% from the field and 46% from three. They forced 17 turnovers from the Timberwolves with 8 of them going for steals. Here are the key takeaways from tonight’s game.

The Starters Showed Out Tonight:

The Player of the game was Mikal Bridges who had as efficient of a game as you will see. He had a season-high 31 points along with 8 rebounds and 5 assists to go along with 4 steals. He set the tempo of the game by getting off to a hot start early with 10 points and terrific defense. Devin Booker added a double-double while scoring 32 points and offering 10 assists. He more than made up for the playmaking that Chris Paul usually gives the team on a night-in-night-out basis. Speaking of Chris Paul, his replacement Cameron Payne showed out tonight with a season-high 23 points with 8 assists and 6 rebounds. The starters came to play and that bodes well for a team that was missing two of their best players in Cam Johnson and Chris Paul.

The Suns were shooting the lights out tonight and a lot of that was helped by the bench led by Landry Shamet. Shamet shot an impressive 5/7 while scoring 16 points. He was an impressive +8 from the floor as a lot of his points came in the first half as he was second in scoring at a time in the game with 11 points. If the Suns can get this version of Shamet on a consistent basis while they get healthy, the sky is the limit for this team.

Head coach Monty Williams deserves his flowers for having his team ready after a rough outing against the Philadelphia 76ers. They had 10 steals as a whole and got to the free throw line 20 times and made 19 of them. For a team that lost Cam Johnson for the month and Chris Paul last game, they could’ve easily come out sluggish as this starting five never played once together. But they responded like the championship contenders that they are and got a great win on the road.

The Sun’s next game is on Friday against the Orlando Magic. Let’s see if they bring the same energy like they did in tonight’s game against a young and hungry Magic squad.