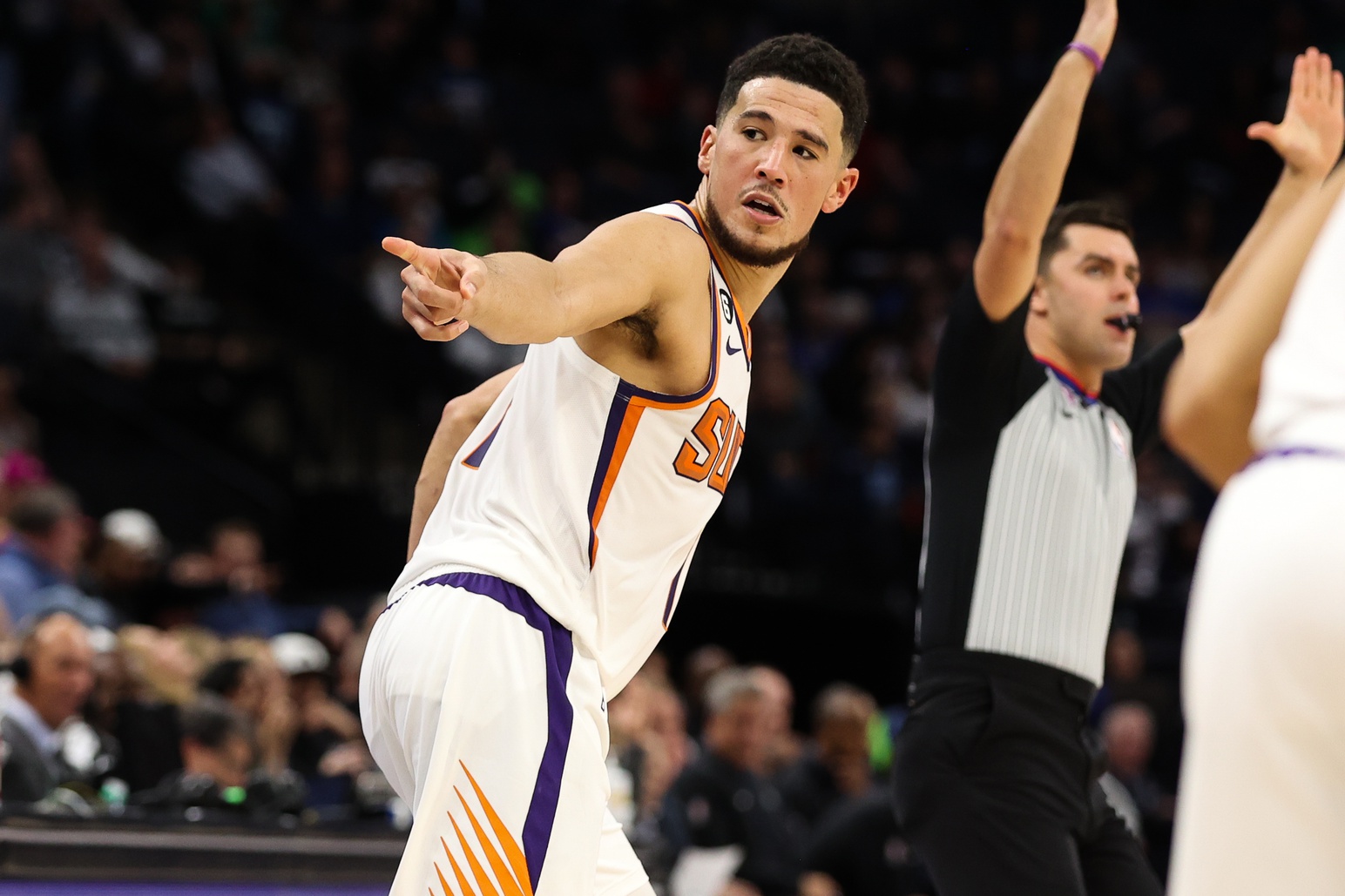 Not only did the Phoenix Suns get a win in today’s game but Suns star Devin Booker became the 3rd youngest player to reach 1,000 career 3-pointers with the other two being Bradley Beal and D’Angelo Russell who he faced off against today.

Booker had a great game tonight finishing with 32 points and 10 assists with a plus-minus of 27 that gave him an all-around impactful performance tonight for his team. On the season Devin Booker is having an MVP-caliber season as he is shooting 27.1 points per game while shooting 36.1% from three.

Booker is having a career year of points per game-wise so far and has been hovering anywhere between 36%-38% from three all throughout his career. The fact that he’s only 26 years old means he hasn’t even scratched the surface of his true potential as an offensive scorer. Only time will tell but for now, Booker getting to this many 3-pointers made this fast, is only the beginning of what’s to come moving forward in his career with the Suns.

Suns vs. Timberwolves- Full Game Recap
Devin Booker Had Some Words For the Timberwolves Bench During Win: “We Don’t Play Iso Basketball”