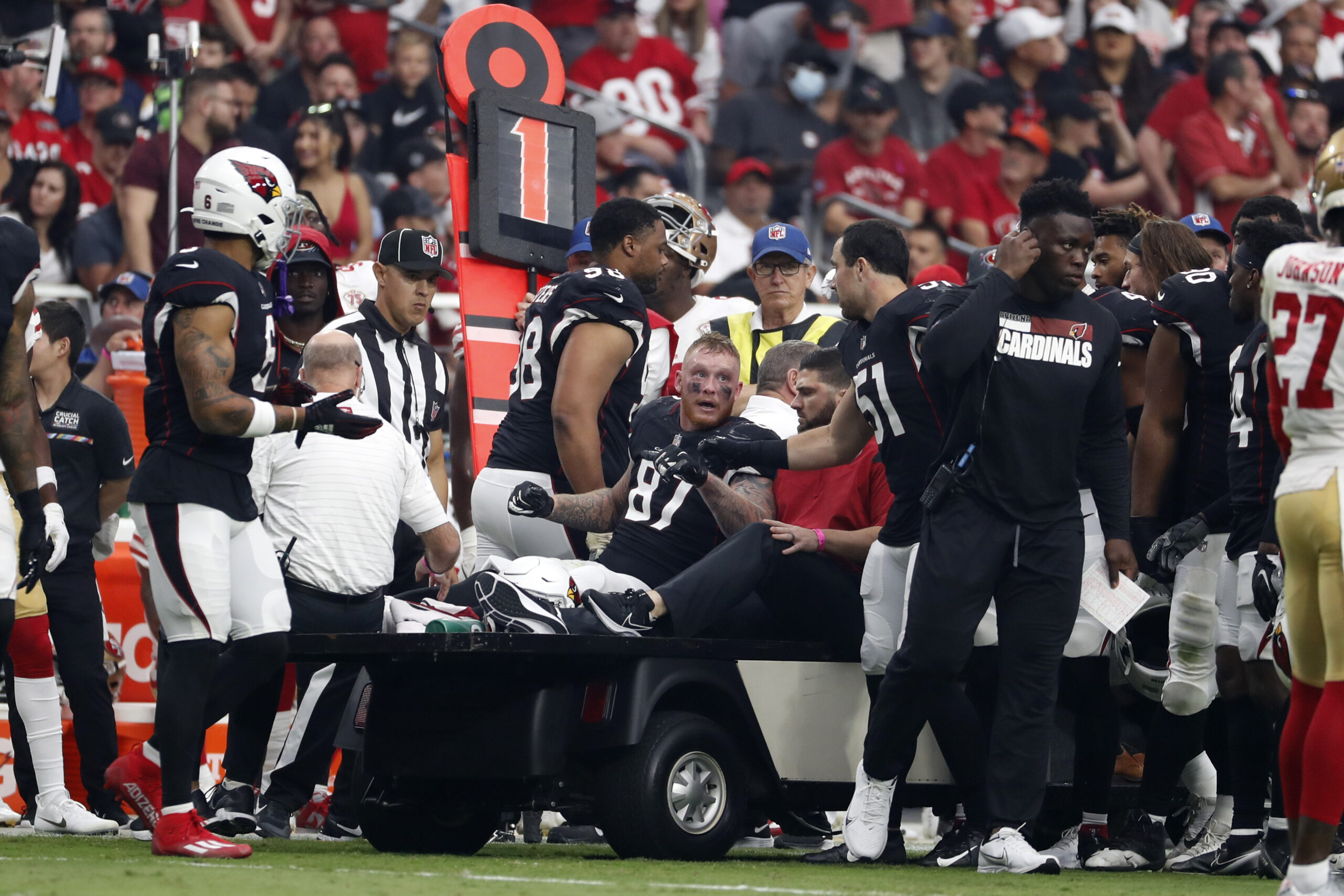 After a 2021 midseason injury, Maxx Williams has been placed on the PUP (physically unable to perform) list by Arizona.

The 28-year-old tight end took a helmet to the knee during a week five matchup against the San Francisco 49ers.  Williams was carted off the field with a torn ACL which later required surgery. This was a blow to the Cardinals’ offensive line as they had also lost center Rodney Hudson in the same game due to a rib injury.

Williams averaged almost 40 yards per game in the time that he did play. He was targeted seventeen times in five games and had an impressive 94% catch rate.

Maxx missed the remainder of the 2021 season but did sign a one-year contract in the spring.

However, now that he is on the PUP list, he will be required to miss the first six weeks of the year, this is unless he is removed before the first regular season matchup.

This very well could have been the reason why the Cardinals chose a tight end as their first draft option. In the second round, Arizona picked TE Trey Mcbride out of Colorado State. Mcbride was just recently named Mountain West Male Athlete of the Year.

If Maxx is out to start the year, Trey McBride is eyeing a quick start to his rookie season. McBride can grow exponentially with veteran leadership guided by Zach Ertz.

Nevertheless, the Cardinals will feel the absence of Maxx Williams as he was a strong force on the O-line and played a key role in Arizona’s passing game. Standing at 6’4″ and 250 pounds, Maxx was no easy player to get around at the line of scrimmage.