Devin Booker is on Fire 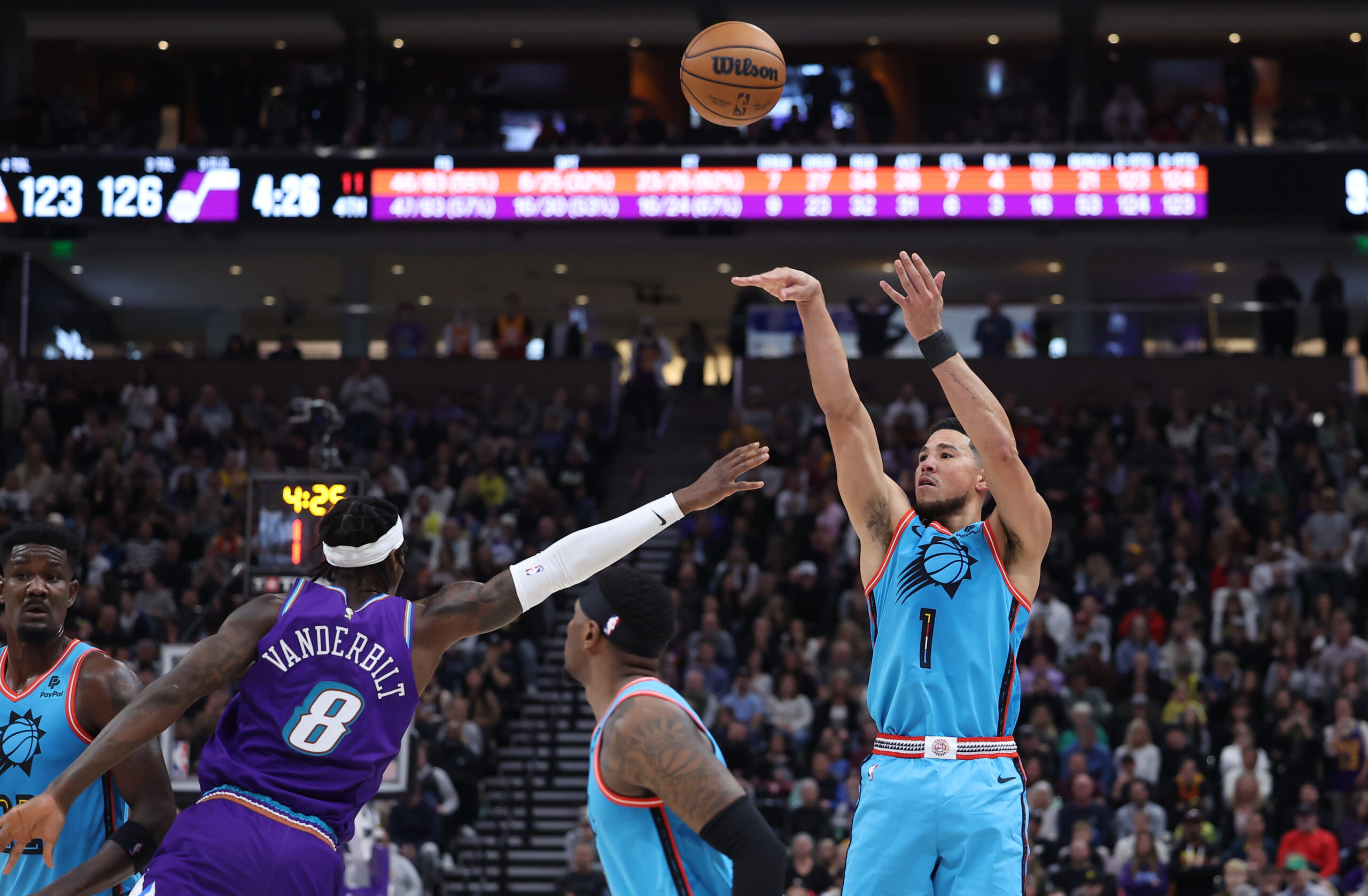 Devin Booker just had his best game of the season in a matchup last night against the Utah Jazz. By scoring 49 points, Booker has already tied his 2021 season high for points scored in a single game.

However, despite this season’s best performance, the Suns fell short with a final score of 134-133.  In an offensive battle, Booker could not do it all, and Phoenix was just inches away from improving to first place in the Western Conference standings.

On the bright side, Devin Booker is now in the top 10 in the league in scoring, averaging 28 points per game.

Additionally, the Suns’ SG broke a franchise record for most points scored in the first 15 games of the season.

With 421 points, @DevinBook has the most points through the first 15 games of a season in franchise history 🔥

A thread of some of our favorite Book buckets from this season 👇 pic.twitter.com/RattL3DbbY

This is a very promising sign for the Suns considering the pieces they are currently missing. With Chris Paul out with a heel injury and Cam Johnson out with a knee injury, Phoenix has been without a couple of critical defensive bodies.

When fully healthy, this will be the team to beat in the Western Conference.