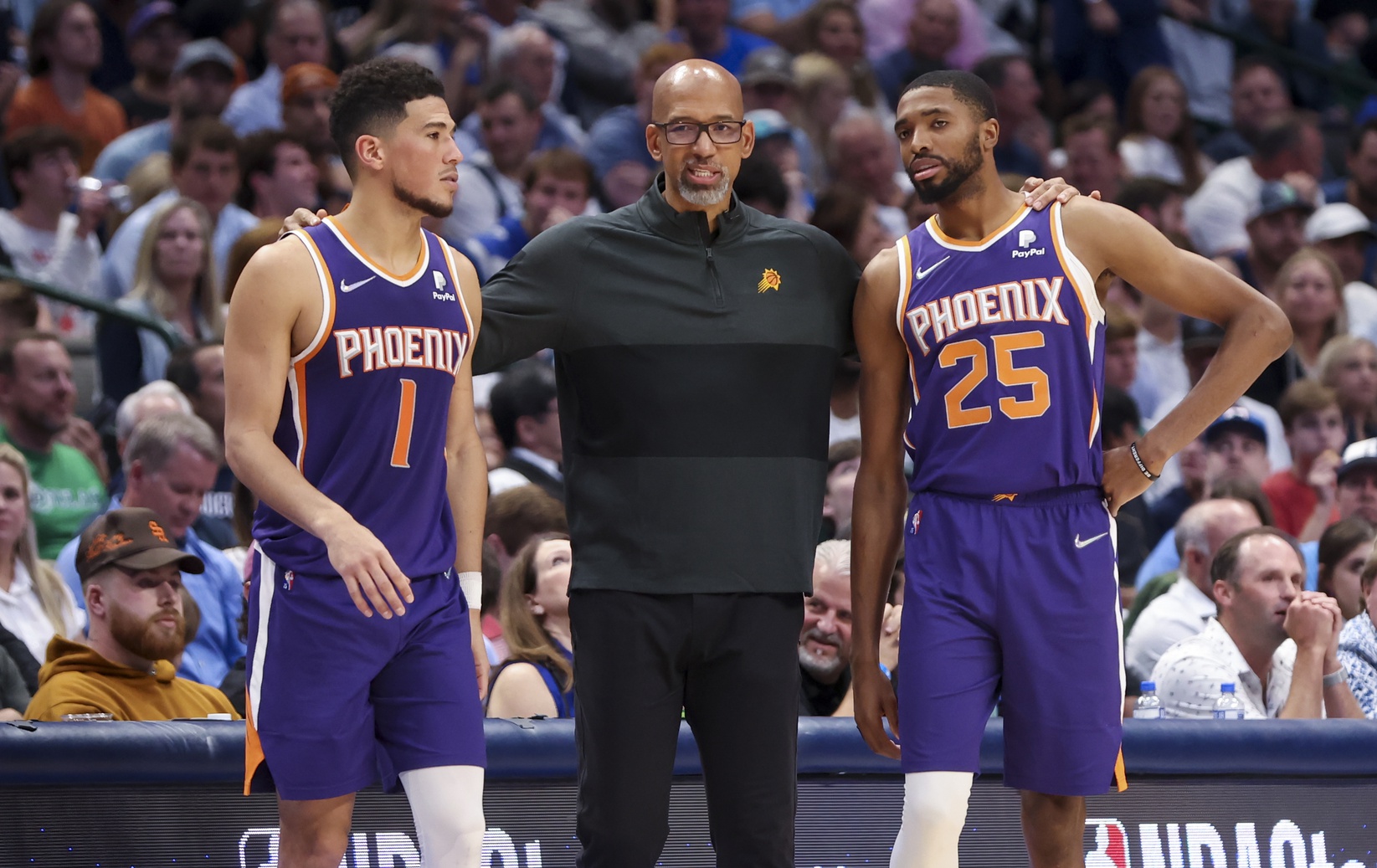 Phoenix Suns guard Devin Booker has been teammates with Mikal Bridges for five seasons coming into this year. While that may be the case, Booker still feels that he hasn’t seen the best of Bridges yet.

“People that know how to play the game and care about the game, everything else comes after,” said Booker. “He knows what he’s doing out there, he loves the game. He watches basketball. If you’re smart, you pick up on things like that quick. You find little niches to go out there and be effective. He has every intangible to be a great two-way player.”

Booker’s praise on Bridges doesn’t come without the proof. Even in a short sample span against the Adelaide 36ers, Bridges could be seen creating and disrupting. On offense, the 26-year-old was a breath of fresh air. He shared some of the ballhandling duties with Booker, which took some pressure off of Chris Paul.

Though he was in a familiar area on the wing, Bridges was efficient on hand-offs and attacking the rim. He also let it fly from three-point range, connecting on 3-of-4 shots from deep.

Defense is no stranger to Bridge’s repertoire, but watching him be a offense disruptor while maintaining an offensive presence is impressive. His ability to balance the two will be imperative to Suns’ momentum during the season.

Of all the weapons at Phoenix’s disposal, the ascension of Bridges could be the most important it seems after all. It was believed to be Deandre Ayton, who still will need to continue his aggression on both ends of the floor.

However, the dark horse of the starters seems to be Bridges. His shooting form has seemed to improve, and his defensive awareness has improved beyond where it resided last season.

Arizona Cardinals Waive Andy Isabella
With Matt Prater Out, Matt Ammendola Will Take Over for Week 5