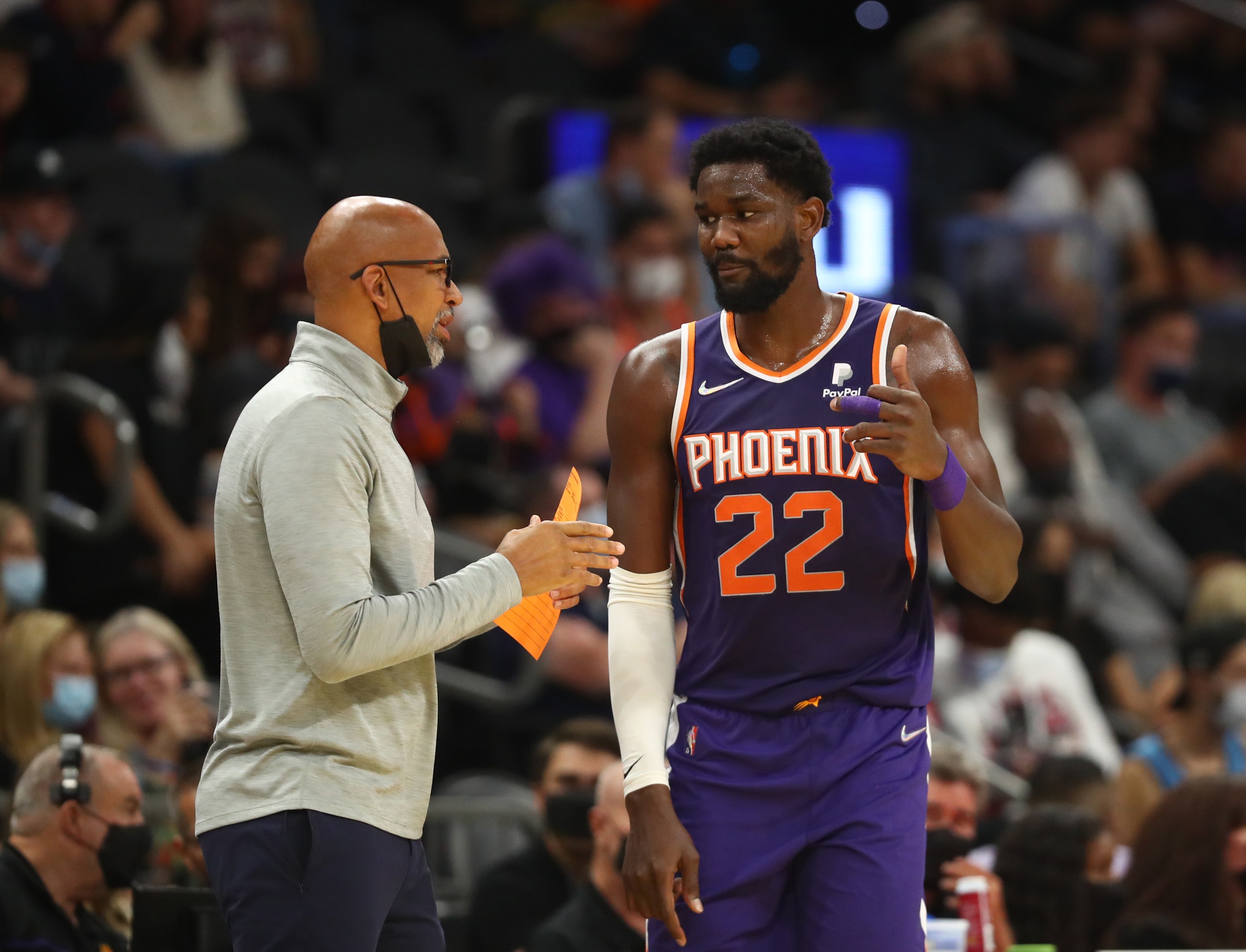 When asked by reporters on his talks with Ayton, Williams gave a response that will likely cease questions on his relationship with Ayton.

“We don’t need to air anything out,” said Williams to reporters during practice on Tuesday. “That’s my point. I’m not gonna keep addressing that. He’s the player, I’m the coach. Just like with Book and Chris, Mikal…DA gets his work in everyday…I don’t need to sit down and talk with him about it.”

The speculated rift between Williams and Ayton started during Game 7 against the Dallas Mavericks last season. Ayton solidified those speculations during training camp, stating he hadn’t talked to Williams since the game.

Ayton was seen as dejected and distant from the Suns during training camp and media day, but his energy has completely shifted since. When asked about his distance from Ayton, Williams stated that he was giving all his players space.

Both Ayton and Williams were seen having a brief conversation on Sunday against the Adelaide 36ers. As Williams also noted, Ayton’s numbers were phenomenal during his short stint. The former No.1 pick put up 22 points and six rebounds through 22 minutes of play.

Ayton was seen giving his teammates additional passes during the Suns’ first preseason game. Williams will likely feature Ayton more on the wing as he looks to expand his game. Even so, fans made a quick riot of the Suns loss to the 36ers, citing multiple signs as desperate areas of improvement.

The next test for Ayton will come on Wednesday against the Los Angeles Lakers. The preseason is not to be taken seriously. Williams will be using it to experiment with more roles for players. So, it’s possible that the easier remedy for Williams and Ayton is to mend their relationship through success on the court.