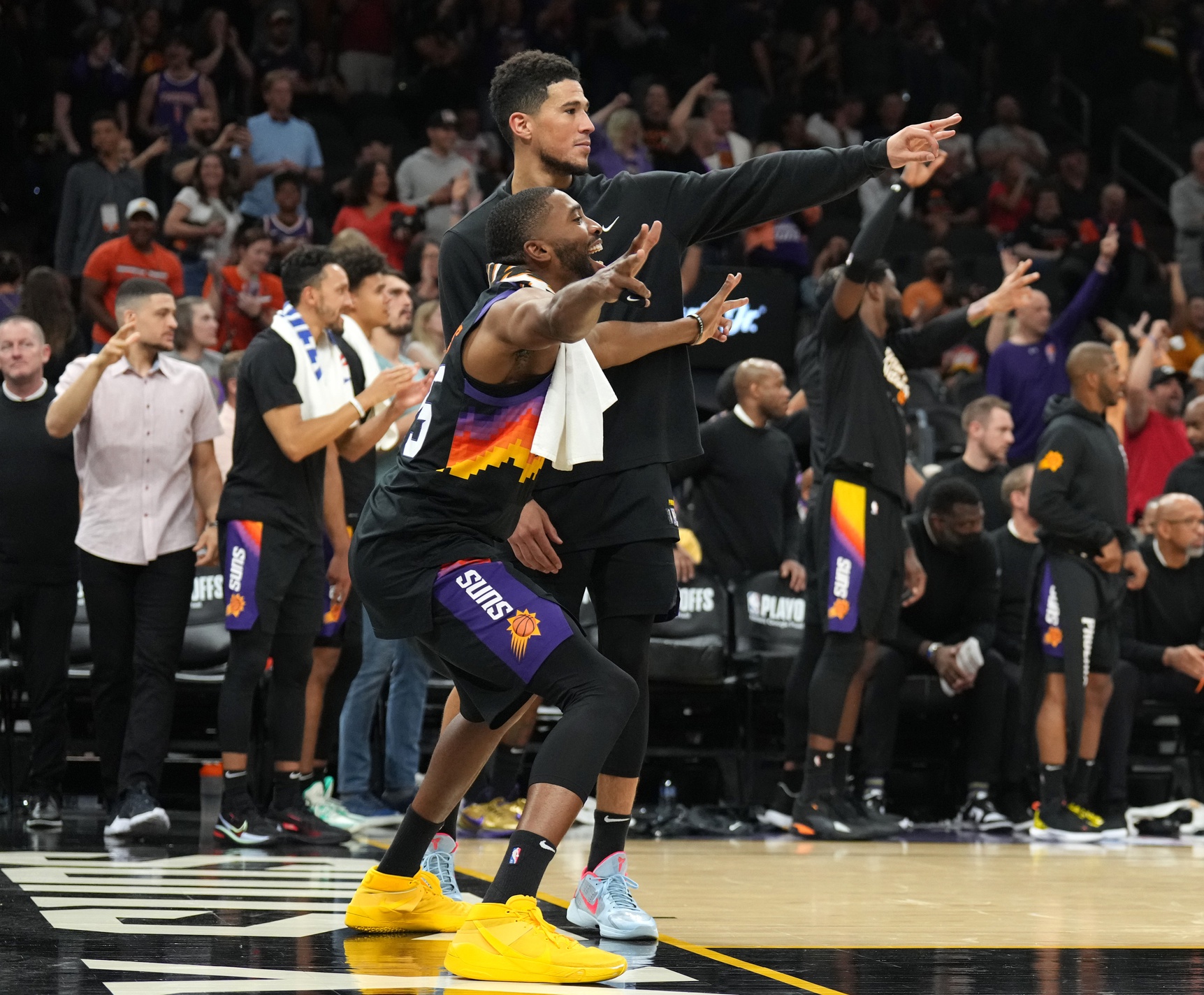 The Adelaide 36ers turned up the dial on the Phoenix Suns Sunday night, and they never looked back. After displaying a three-point barrage, the internet clamored at the success of the 36ers while humoring themselves with the Suns.

It’s simple to make the Suns a quick laughingstock from a pointless preseason game, one that holds no merit to the Suns’ regular season success. The Suns’ starters looked much like the Suns of last year, and there were even a few improvements that will be exciting to watch going forward. There will also be some concerns, that for the Suns’ sake, will have to be addressed.

Seeing Bridges taking up ball-handling duties for a good bit of his playing time was refreshing. The guard-like style of play opened up opportunities for Chris Paul and even Bridges himself. In hindsight, there were few times that can be vividly recalled of Paul being the offense initiator on Sunday.

To make matters even better, Bridges seemed comfortable creating for others. It’ll be an important aspect of the Suns’ schematics with Paul having a lighter playing load this season.

Bridges also seemed to open up more from three-point range. He knocked down 3-of-4 from beyond the arc, and his form seemed confident. If the Suns can cement Bridges as a secondary ballhandler, the offense could be taken to an even higher plateau.

On paper, the Suns’ reserves unit doesn’t jump off the page as a superior threat. Sadly, that was the case on Sunday. The starters were able to weather the storm from the 36ers. But as soon as head coach Monty Williams inserted the bench, the flood gates were opened. The starters had a difficult time maintaining a hot-handed 36ers squad, but the bench looked in a complete daze.

There are times that a team, so early on, can have the excuse of being in the “figuring each other out” phase. But this may boil down to a fit issue more than chemistry. Cameron Payne seemed to have a certain bounce about him, but it wasn’t enough to will the entire bench. The good news is that Williams will likely stack his starters’ minutes with that of the bench.

Still, there will need to be a new presence given Cameron Johnson‘s move to the starting unit.

Williams was seen engaging in a serious conversation with Ayton during Sunday’s game. Despite all the summer chatter around the two and their relationship, it seems that the championship odds are more important.

Ayton was seen doing much of his normal, high-end abilities as a rolling maestro to the rim. He also looked comfortable from beyond just the post area. There’s still a bit to be worked out with Johnson’s fit into the starting unit permanently. With that, Ayton’s ability to be freed up more to distribute could change drastically.

We’re only one game in to a preseason of offseason rust and experimenting with theories that won’t be detrimental if they backfire. The takeaways in the forthcoming games could be drastically different. With what has transpired though, Williams will certainly look to improve in areas that prevent a game like Sunday’s.