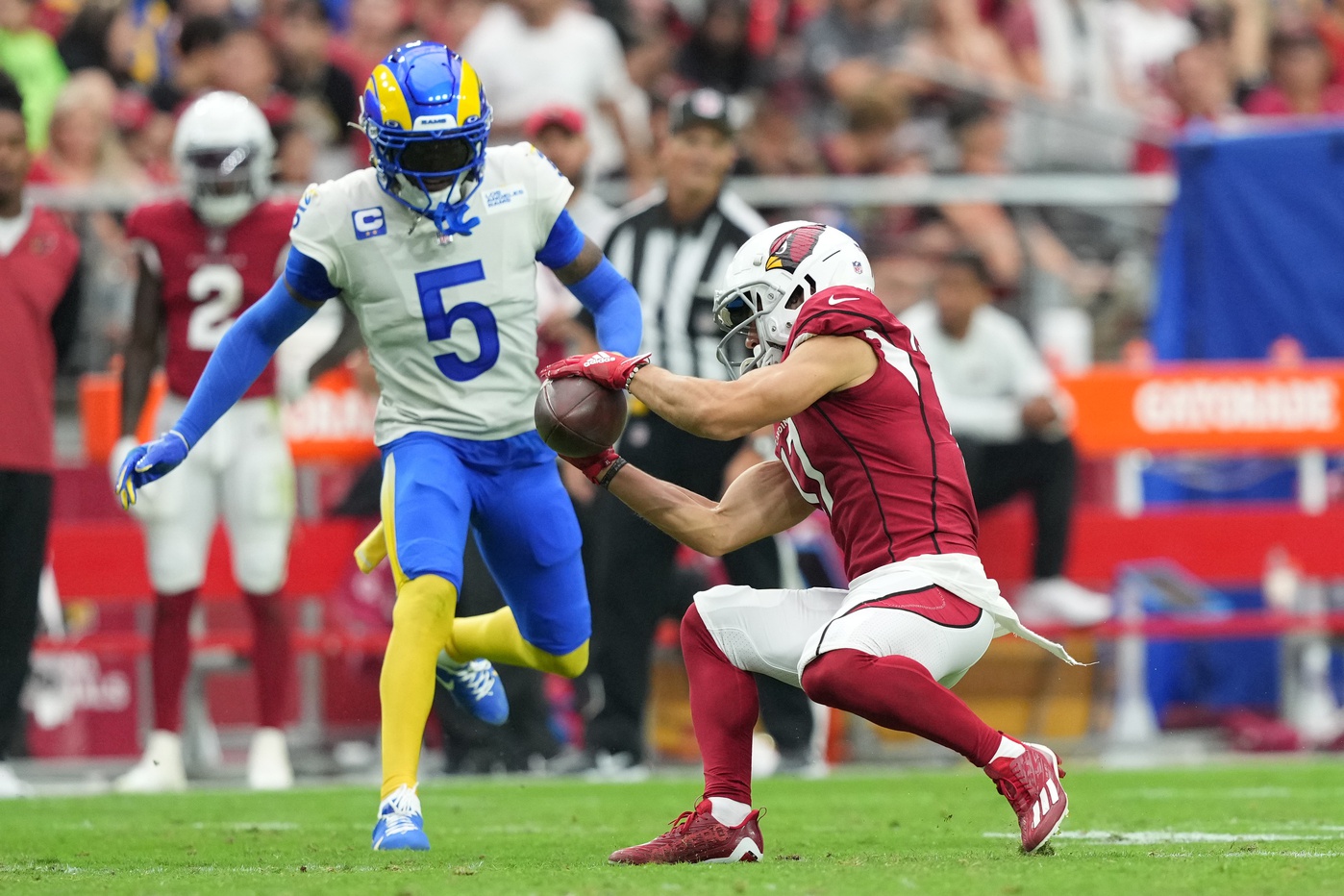 We have signed OL Billy Price from the Raiders practice squad and have released WR Andy Isabella.

Isabella, 25, had a short stint with Arizona this season. The fourth-year wideout saw playing time in only two games this season. He finished his time with the Cardinals tallying two receptions for a total of 21 yards.

Isabella was drafted by the Cardinals during the 2019 draft. A tagline that’s followed the Ohio native is being selected two picks before Seattle Seahawks wide receiver D.K. Metcalf.

Arizona was able to welcome Rondale Moore into the lineup this season on Sunday against the Carolina Panthers. Even with A.J. Green out with a knee injury, the Cards seem to be content with rolling out a lineup of Moore and Marquise Brown.

DE Zach Allen on the Cardinal’s 0-7 Home Streak: “It’s always a great atmosphere. Hopefully we right that wrong this week.”

Brown has been able to find chemistry with quarterback Kyler Murray. Much was evident during Week 4, after Brown brought in 88 receiving yards and a touchdown. Moore went for 11 yards on three receptions. Given the amount of time he’s missed, Moore will work his way back into peak form as the season continues.

Tight end Zach Ertz has also been upstanding in the downfield game. He finished with 47 receiving yards, catching all six of his targets. Ertz also tallied a touchdown against the Panthers.

The Cardinals will have their next test in Week 5. The Philadelphia Eagles will be in town, strutting their undefeated record. Arizona will be nearing full strength again, making for an interesting outing.

Arizona is currently 2-2, tying them for first in a gritty NFC West division.