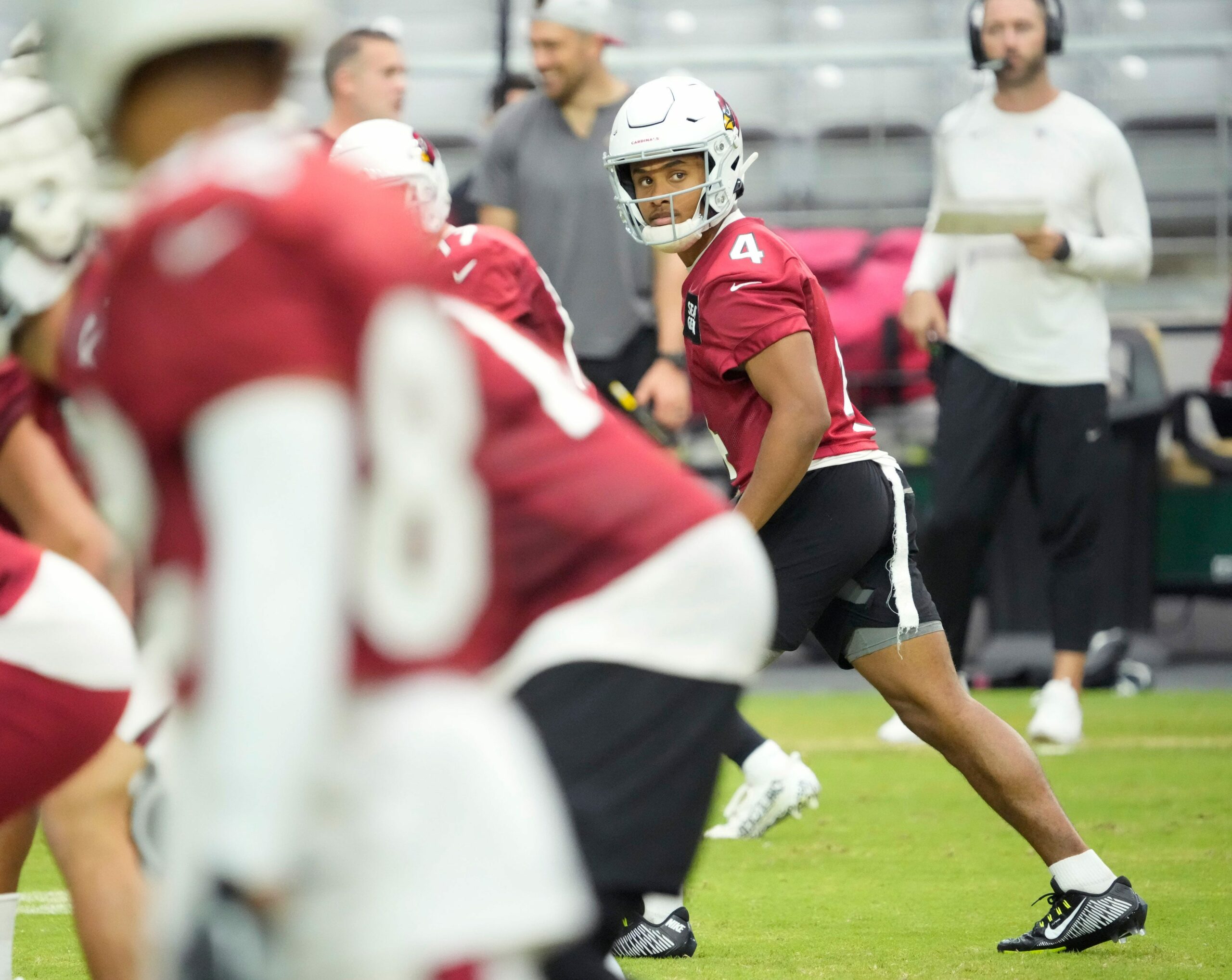 For the first time since the preseason, Rondale Moore is back on the field practicing with the Arizona Cardinals.

Moore suffered a hamstring injury right before the season began. Arizona has been without him in all three games thus far this season.

The Cardinal’s quarterback might be more excited than anyone to have Rondale back on the field. So far this year, Kyler has averaged only 5.6 yards per pass, this is second to last in the NFL only trailing Mitchell Trubisky.

Luckily, the Cardinals have gotten major help from WR Greg Dortch and WR Marquise Brown. Ironically, even with the terrible number of yards per pass attempt, Arizona is first in the league for yards after the catch, (YAC).

Greg Dortch has stepped up big time for the Cards, HC Kliff Kingsbury does not expect any of that to change when Moore returns.

Kliff Kingsbury doesn’t anticipate Rondale Moore taking playing time away from Greg Dortch when he returns to the Arizona Cardinals and wants to utilize all the WRs pic.twitter.com/dZo7skY6vN

Instead, it will most likely be Andy Isabella and Andre Baccellia who see their production almost grind to a halt. The two receivers only have a combined 46 yards from the air this season.