The Time is Now for WR Rondale Moore 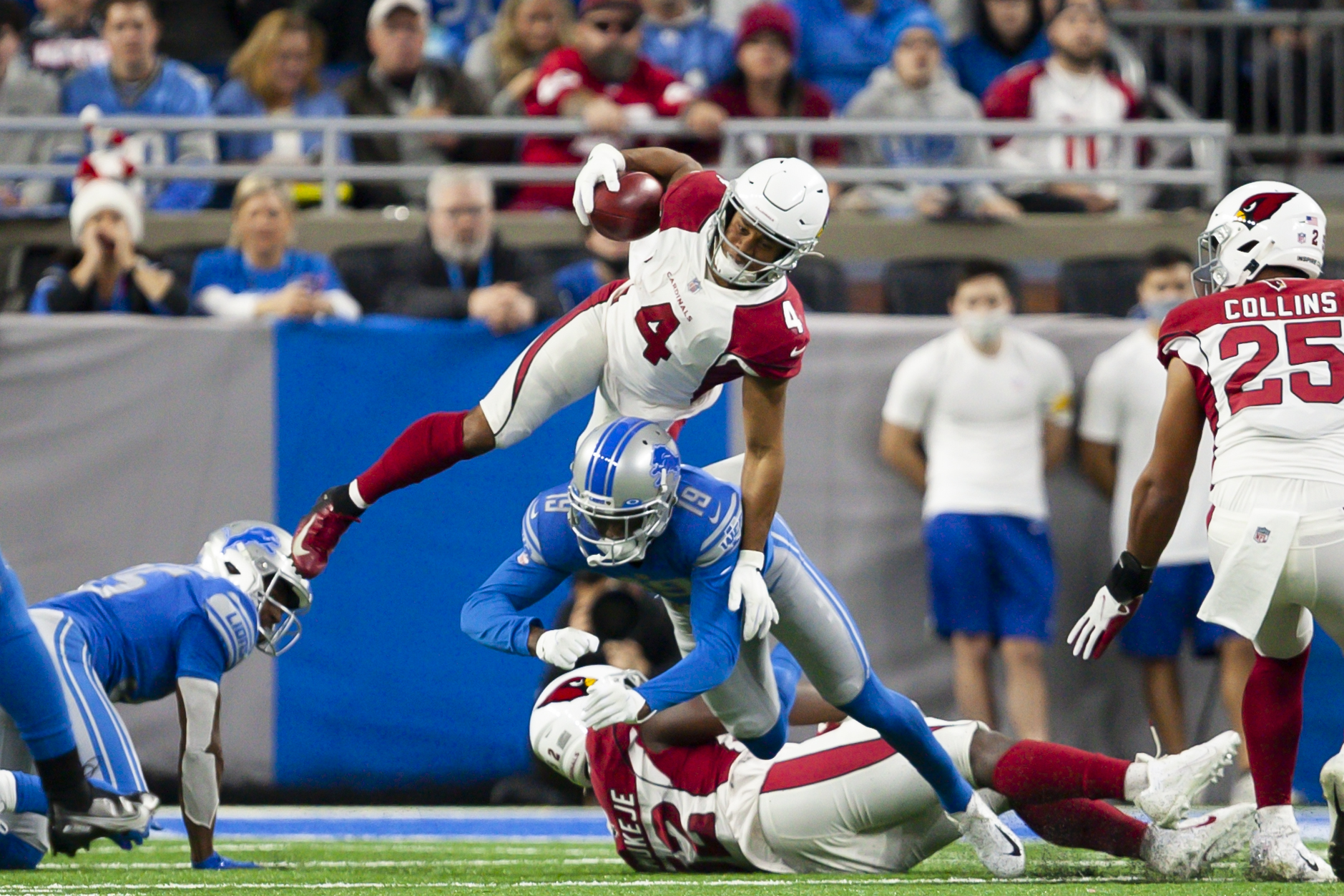 In the second round of the 2021 NFL draft, the Arizona Cardinals selected wide receiver, Rondale Moore.

Going into his second season, Moore has an amazing opportunity to really make a name for himself in the NFL.

As a Freshman at Purdue University, Moore put up 1471 total offensive yards and 14 touchdowns. In fact, in his first ever game in college, Rondale recorded 313 all-purpose yards which set the program record. During this statement game, Moore ran for a 76-yard touchdown which led him to be named the Co-Freshman of the week in the Big Ten Conference.

Here is every single Rondale Moore touchdown for Purdue.

So much fun to watch. pic.twitter.com/2CYzJ0X5H8

By the time his freshman campaign was over, Moore had racked up quite the list of accomplishments. He had been named Big Ten Freshman of the week four times, was the recipient of the Paul Hornung Award, and was named CBS Sports Freshman of the year.

After such a successful Freshman year, the bar was set high for Moore heading into the 2019 season. However, between 2019 and 2020 Rondale only played in seven games. This was due to multiple injuries such as a hamstring issue, and lower body pain. He also went on to opt out of the 2020 season due to the COVID pandemic and wanting to prepare for his professional career.

Since Moore only played 20 games total in a short three-year span at Purdue, his draft stock dropped a bit. This was mainly due to injury concerns as Moore is only 5 foot 9 180 pounds. With that being said, if Moore stayed on the path he paved in 2018 (freshman year) the versatile WR was a first-round lock.

Fast forward six months and the Cardinals got their guy in the second round of the 2021 draft. Being able to pick up Moore this late likely would not have happened if he stayed healthy in college.

During his first season with Arizona, he averaged 36 yards per game and finished the season will close to 1000 all-purpose yards (973).

Rondale had a specular 77-yard first NFL touchdown against the Vikings in just week 2 of the 2021 season.

Moore has the ability to turn on the jets like no other player in the NFL. He has an unofficial 4.29 40-yard dash time which he ran during a 2021 Purdue Pro day. This 4.29 speed is tied second with Tyreek Hill for fastest among current NFL players.

Not only does Moore have one of the quickest sets of legs in the league, but he also has speed all around him. This includes quarterback Kyler Murray, WR Marquise Brown, and WR Andy Isabella. Adding all these parts together, you have quite the threatening offensive scheme.

This is without to mention the Cardinals will have arguably the best WR in the league, DeAndre Hopkins, back with the team by week 7.

While Hopkins is absent, Rondale Moore will likely play a huge role in both the passing and rushing offense. Head coach Kliff Kingsbury has spoken highly of Moore over and over again. Kliff has made it clear that his second-year WR will play a larger role in the offense as a whole.

Earlier this offseason Kingsbury discussed the potential of a Rondale Moore breakout year:

“I think he wanted to play more last year, but we had all those guys — Christian Kirk, DeAndre Hopkins, A.J. Green — playing at a high level….. But he’s worked hard this offseason and we feel he can step into Christian’s role and play at a high level inside there. I think the confidence is high right now, and he knows he’s got a big opportunity coming.”

With that being said, Moore can easily make an argument for one of the most underrated players in the league. At only 22 years old, he has the perfect opportunity to make a name for himself while DeAndre Hopkins is out.

This will be an exciting upcoming season as Cardinals fans will have the privilege to watch Rondale Moore grow right in front of their eyes.

Kliff Kingsbury on Kyler Murray’s return from COVID: “If he does anything it will be minimal, football wise”
Phoenix Suns #2 in New Western Conference Power Rankings
Loading More Posts...