Bettors Have Disrespected the Arizona Cardinals 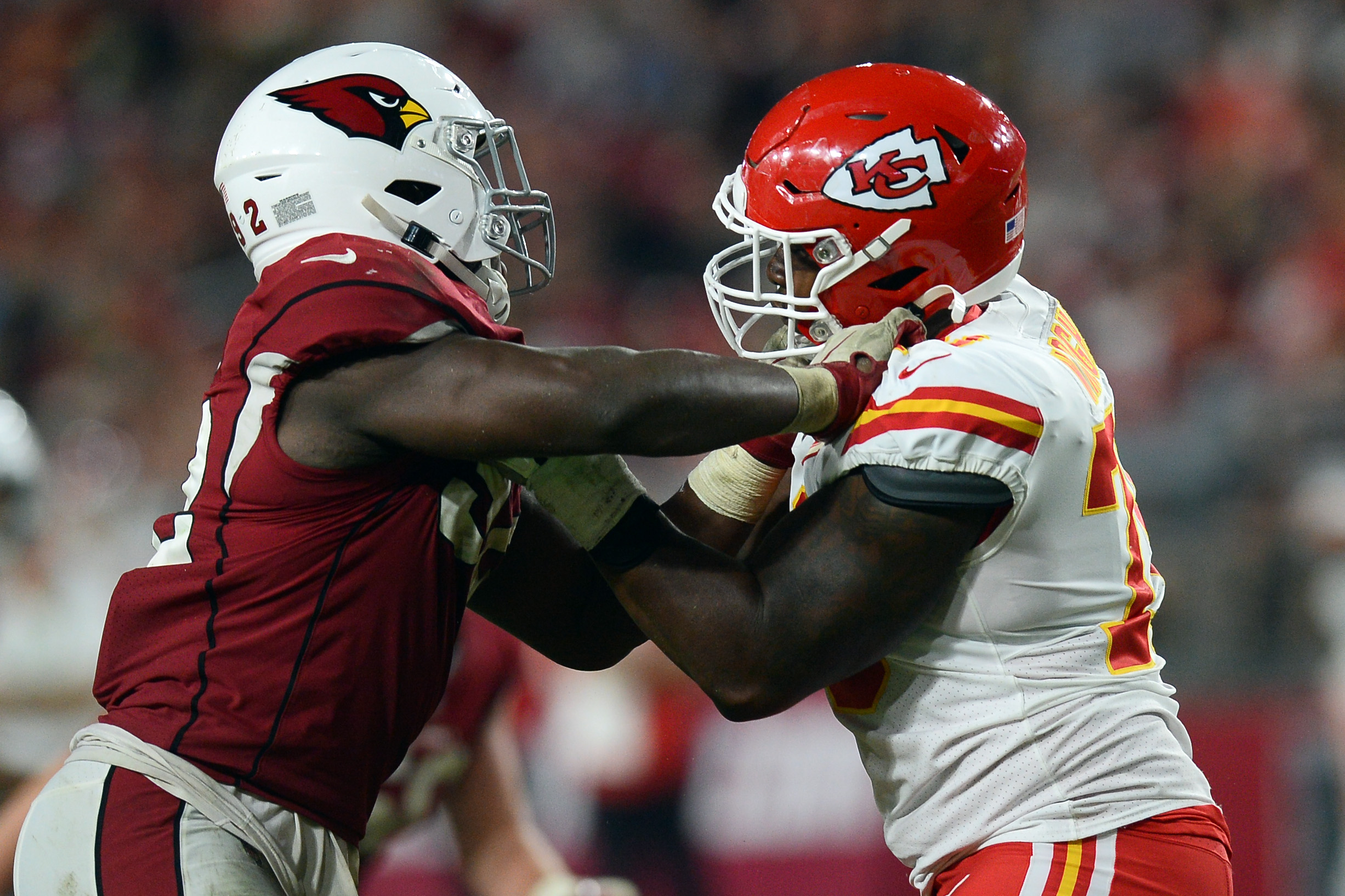 The line on this game opened at a small 2.5 point favorite for the Kansas City Chiefs. By Wednesday it had ballooned to a 6 point spread in the Chiefs favor.

Cardinals quarterback Kyler Murray looks to the sideline after failing to convert a third down during the first half of the preseason game against the Chiefs at State Farm Stadium in Glendale on August 20, 2021.
Cardinals Preseason

Why Did this Line Move So Much?

The Cardinals has lost a few key pieces for the season opener, either to free agency, injury, or suspension. However Kansas City has also lost some of its biggest names in the off-season. Both of these defenses will come into this game without their best player from last year.

As well as both teams not having their number 1 receiver present either. Which makes me ask the question, why did this line move so much? Why are the Arizona Cardinals being disrespected by bettors?

As mentioned above, the Cardinals defense will come into this game short handed and missing key players from last year. The unknown of what we will see from them has bettors leaning the other way.

However, most bettors are leaning the other way with out proper knowledge. The Chiefs are one of the biggest brands in football recently, since Mahomes and Reid have gelled so nicely. In week 1 a lot of “fair weather bettors” like to take their money and throw it away at “fan favorites” before going back to their regular lives.

Every average NFL fan sees Cardinals Chiefs and automatically picks the Chiefs. Which is why the bettors have pushed this line up from 2.5 to 6.

Anybody outside of Phoenix at this point does not believe in Kyler Murray, especially after all of the Call Of Duty talk around him this off-season. He will have to prove that he is a top tier quarterback, which is what Mahomes has already proven.

Chiefs quarterback Patrick Mahomes is tackled by Cardinals linebacker Victor Dimukeje during the first half of the preseason game at State Farm Stadium in Glendale on August 20, 2021.
Cardinals Preseason

The Cardinals will be the underdog coming into the majority of their games this season, especially against a team like the Kansas City Chiefs. Who are Super Bowl favorites in a lot of circles.

With Hopkins out for 6 games, nobody knows if Hollywood Brown can carry an offense as the number 1 target. With Chandler Jones on another team and JJ Watt hurt at the moment, nobody thinks the Cardinals d-line will be able to stop the run or contain a mobile Mahomes.

Everything is either in favor of the Chiefs or the unknown. It will be Murray’s job and this defense to make them fear the unknown. No way an offense as electric as the Cardinals should be disrespected by bettors like this. This line should not have moved past -4.

(No Bet is Guaranteed, Take All Bets At Your Own Risk)
(Odds Provided By Caesars Sports Book)