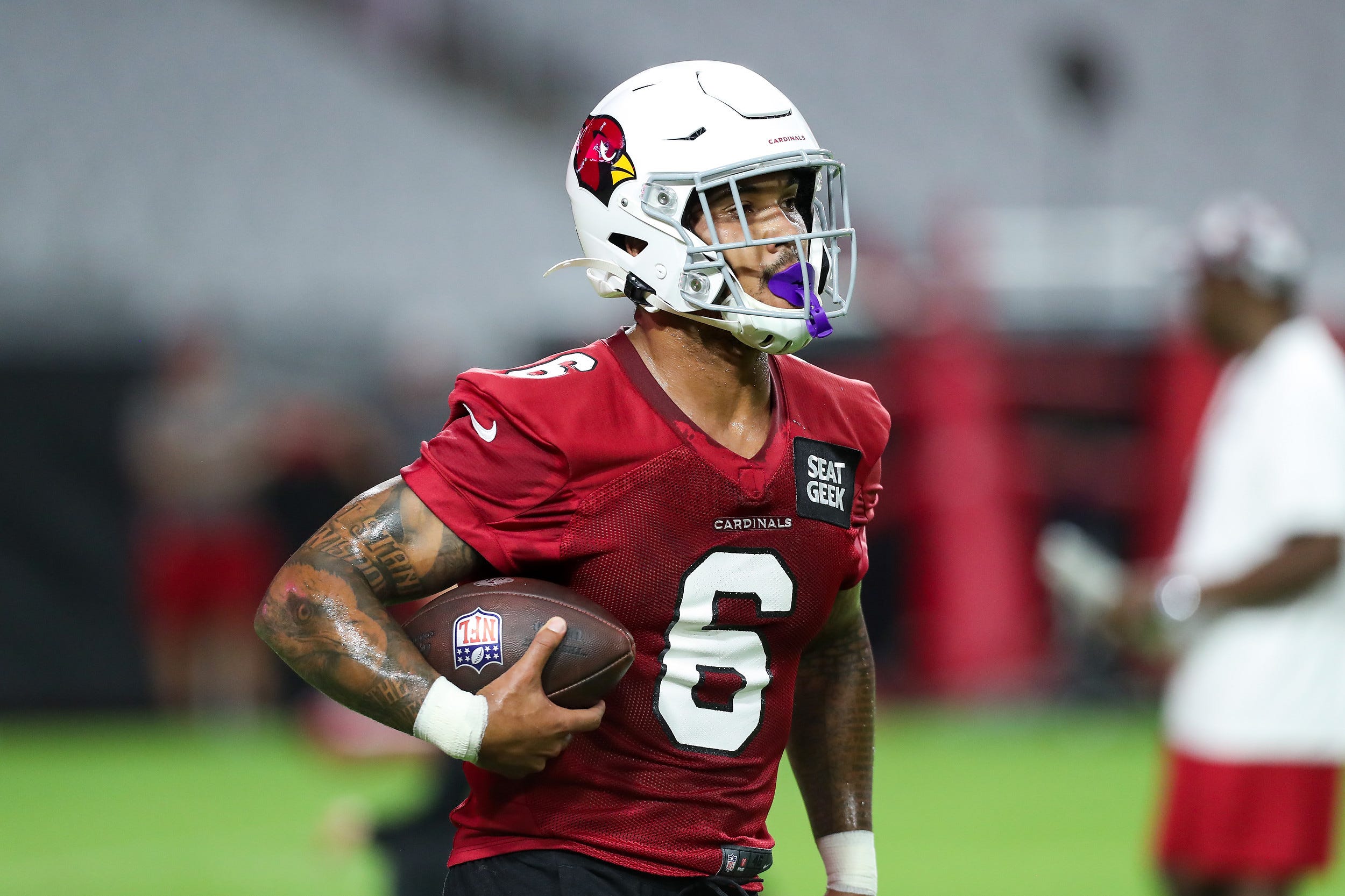 There are 3 Kyler Murray props I am taking the Over on. I can not decide between his passing touchdown prop or his rushing touchdown prop, so I will break it down and probably end up taking both.

His passing touchdowns prop is set at 25.5 which I am going to take also, however I am not too sure on it. I see him bootlegging in the red zone specifically under the 10 yard line. Giving him the 7 rushing touchdown easily.

I also think the Cardinals will rely on the rushing game more often, especially early as their top wide receiver is out the first 6 games of the season. Setting the tone for rushing success all season. Also believe if Arizona can run the ball more than throw will allow them to win more, Murray running around throwing hail mary’s all game is not really the best way to win.

By running the ball they will give their defense rest as well as eating up the clock, which this team needs to play as slow as possible to win. If they throw the ball more than 50% of the time, they will have a losing season.

I will take the under 8.5 wins simply because I know the Arizona Cardinals will do exactly the opposite of my last 2 paragraphs. They will throw the ball to a losing tune by going 3 and out more times than not, putting a tired defense on the field.

The Cardinals should be a run first team, however even if they are not, James Conner will be their feature back getting most of the touches out of the back field.

He will get his yards if he gets the carries, always has been a solid big back able to hit holes hard and fall forward. He will be an excellent goal line back with his size as well. These two bets feel automatic, I see him getting closer to that 1,000 yard mark than to the 800 listed.

With Deandre Hopkins suspension, they do not have any line listed for him as of now. Murray’s old best friend however has lines that have a lot of value. Im talking about Hollywood Brown.

Also once Hopkins comes back and demands a double team, Brown will be single covered most likely over the middle. He will get his catches, yards, and touchdowns this season.

(No bet is guaranteed, Take all bets at own risk)
(Odds provided by bettingpros.com)