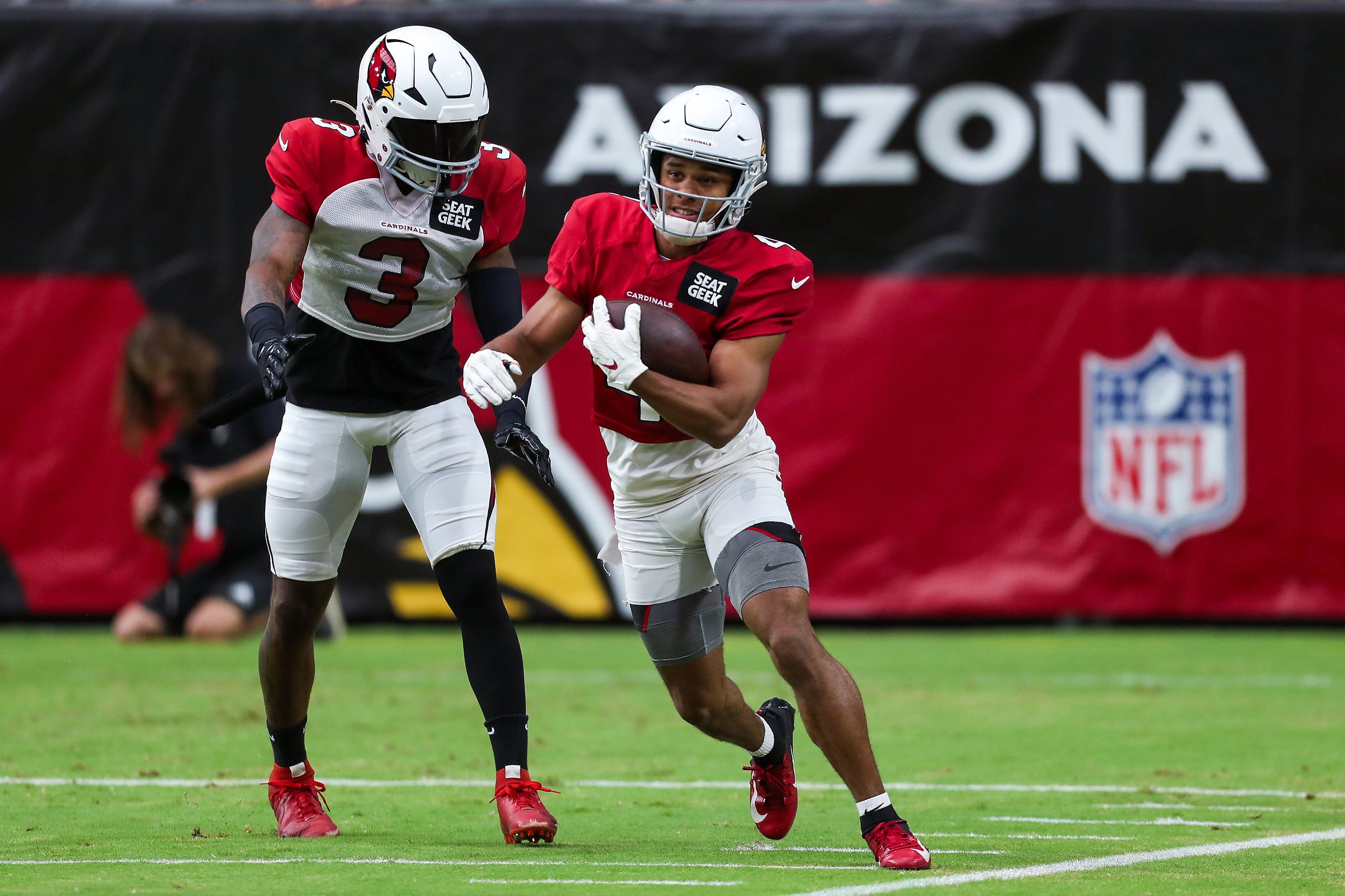 On Wednesday, the Arizona Cardinals uploaded their first injury report before the beginning of the 2022 season.

Since then, a few more players have been added to the list including WR Rondale Moore and OL Cody Ford. Both did participate in practice on Thursday, but their reps were limited.

Entire injury report for the Cardinals and Chiefs shown below:

Regarding Rondale Moore, the WR suffered a hamstring injury during Thursday’s practice. He will be receiving an MRI shortly but until then the extent of the injury is unknown.

Greg Dortch and Andy Isabella would be the primary backups for Moore if he is unable to play against the Chiefs on Sunday.

Cody Ford was also new to the injured list as he is dealing with an ankle problem. Details are still unknown and playing time for week one will be day-to-day. The Cardinals just recently acquired Ford from the Bills late this offseason.

Injuries are quickly stacking up for Arizona as they now have over 10 different injured players ahead of week one.