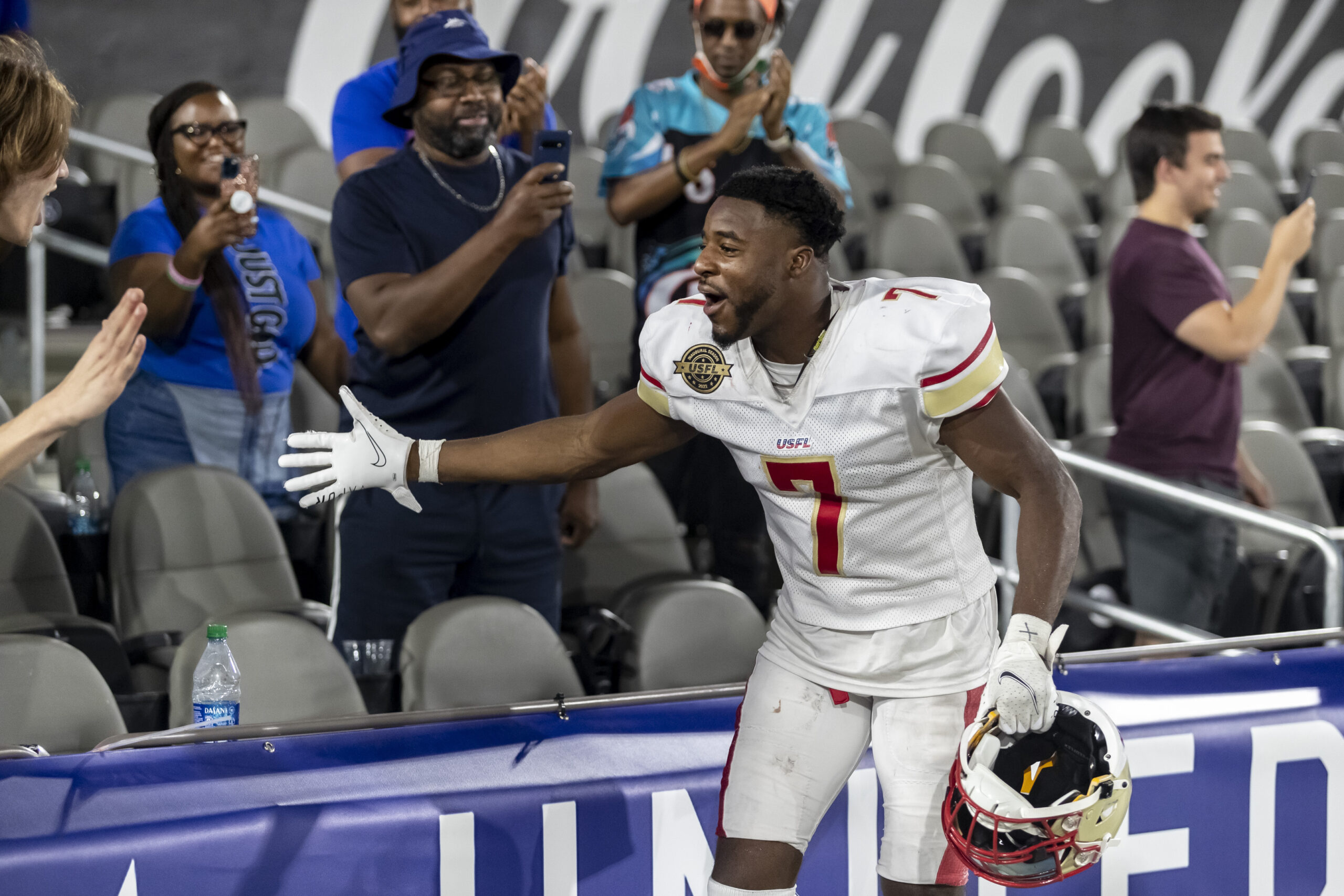 The Arizona Cardinals are finishing hard at the finish line as the 2022 NFL preseason is just around the corner in August.

The team announced July 22 that they signed Victor Bolden Jr. to a one-year contract.

This is not Victor’s first rodeo in the NFL. The former USFL championship MVP has played for the Bills, 49ers, and one game with the Lions. However, in his three seasons he has only played 15 games which include one reception for fifteen yards.

While playing in the USFL league, the stat lines looked a little different…

He led the USFL in all-purpose yards (1029) and was 4th in the league in receiving yards (415). In the championship game, Bolden caught nine passes for 64 yards and a touchdown. He also contributed to the special teams game, returning four kickoffs for 92 yards.

Along with this impressive USFL resume, Victor put up some decent numbers at Oregon State from 2013-2016. During his four years, he caught for over 1800 yards, ran for over 700, and had 11 total touchdowns. The two-way player also returned over 2400 yards in three years while on special teams.

Despite the unexpected move for the Cardinals to move up Victor from the USFL, this team is not the first in the NFL to take a gamble. There are currently seven other ex-USFL players who are now on NFL rosters. The 2022 NFL season could be the first year that fans begin to take notice of these standout players. Teams around the league are looking forward to seeing for themselves if the talent is truly real.

It’s all about speed

The Cardinals already have a stacked wide receiver core including DeAndre Hopkins, Marquise Brown, A.J. Green, Rondale Moore, and Andy Isabella. The team has built one of the quickest offenses in the NFL. They started building in 2019 when they drafted Kyler Murray with the first overall pick in the draft.  Although Kyler Murray did not run the 40 in the combine, he has an unofficial time of 4.38 from his college days. This would put him third all-time among quarterbacks, only behind Lamar Jackson and Michael Vick.

Joining Murray in 2019, Andy Isabella signed a four-year contract with the team. Isabella is often looked over in the NFL; however, he is one of the quickest players in the league. When the results first read at 4.31 during the combine, they thought for sure it was a mistake. The WR out of UMass currently is tied for 6th in the NFL regarding 40-yard dash speed.

As impressive as this may sound, Isabella is just barely quicker than his new teammate, Marquise Brown. The former Baltimore Raven was clocked at 4.33 while playing at Canyon Community College. Brown never had the chance to run the 40 during the combine, this left many wondering how fast he really is. Marquise is confident himself that he is the fastest player that the NFL has even seen. When asked if he could beat the John Ross record of 4.22, Brown responded with a smooth, “yeah”.

Even crazier, neither Murray, Isabella, nor Brown are the fastest currently on the Cardinals roster. This spot is held is held by the 49th pick of the 2021 draft, Rondale Moore. The wide receiver out of Purdue was clocked at 4.29 during a 2021 Purdue pro day. For reference, Tyreek Hill who received the nickname “The Cheetah”, due to his insane speed, also ran a 4.29.

Speaking of Tyreek Hill, he had some kind words to say about the newest member of the Cardinals WR core, Victor Bolden Jr.

During the 2017 preseason, Victor had a notable game against the Broncos where he returned a kickoff return for 104 yards and a touchdown. Tyreek Hill went to Twitter to express his thoughts on the return….

This is some high praise coming from a player like Tyreek.

Ever since 2019, the Cardinals have been building an offense that the NFL may not be ready for. Although DeAndre Hopkins will be out for the first six weeks, Arizona has depth in their receiving core. This team has many individuals who have been overlooked the past couple of seasons, however, this can change quickly.

If Victor Bolden Jr. can stay healthy and stay clean, he might be the last piece of the puzzle that the Cardinals need to have one of the top offenses in the league. Led by Kliff Kingsbury and his “air raid” style of play, this team will be an exciting one to watch this fall.