Kyler Murray on if he asked to be traded 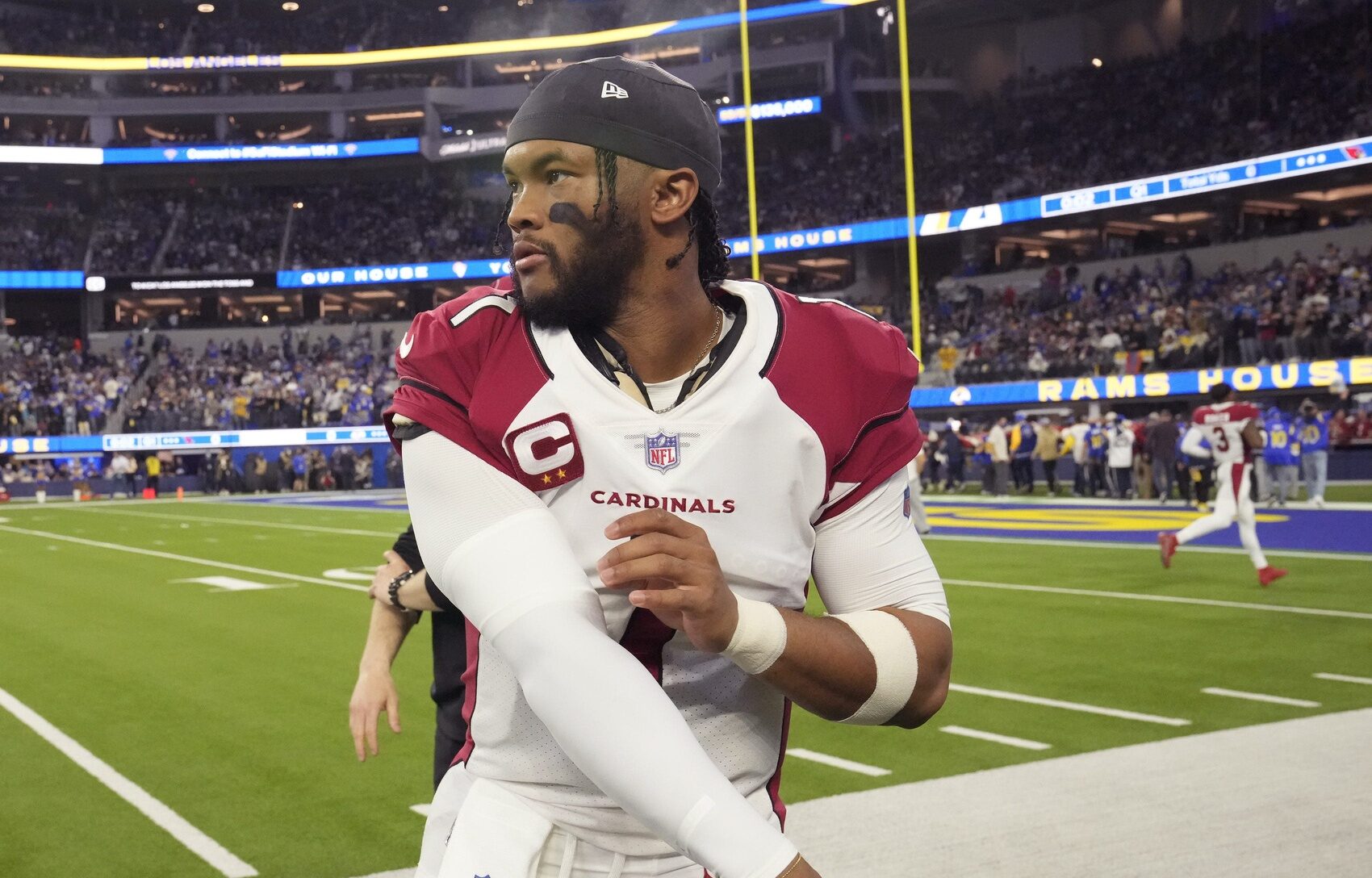 The Arizona Cardinals will ink quarterback Kyler Murray to a massive five-year, $230 million extension after agreeing to terms on Thursday. Murray was present at a press conference Friday to answer many of the concerning questions about him possibly requesting a trade.

It was often thought throughout last season that Murray had grown tired of Arizona’s disappointing play. That along with the lack of contract talks signified a possible ending to Murray’s time with the Cardinals. Murray cleared the air on those notions on Friday though.

Kyler Murray said he never wanted to go to a different team this offseason: "This is where I want to be."

While hearing Murray commit to Arizona long-term is reassuring, this could’ve been a different tone last season. Murray went on a social media cleaning frenzy as he erased all Cardinal-related posts from his accounts.

If that wasn’t enough, all signs pointed in the wrong direction after Arizona was ousted by the Los Angeles Rams in the NFC Wild Card round.

All seemed to be well after Murray clarified later on Twitter that he wanted to win a championship in Arizona.

It was reported on July 14 that talks between Murray and Arizona’s front office were going smoothly. The extension, as it has transpired, was expected to be finalized prior to training camp getting underway.

Murray’s rookie contract clearly now will be an eyesore of the past. He’s in the midst of a four-year, $35.7 million contract. Most of his earnings ($23.6 million) were absorbed into his signing bonus.

The obvious hope is that Murray’s new deal will watch him develop further into a star field general. He’s coming off a Pro Bowl appearance last season, the second of his career. He also threw for 3,787 yards along with 24 touchdowns. Arizona was able to jump out to a 7-0 start last season behind Murray’s performances.

With a revitalized Murray, the Cardinals will look to hopefully storm the rankings once more in the 2022 season.