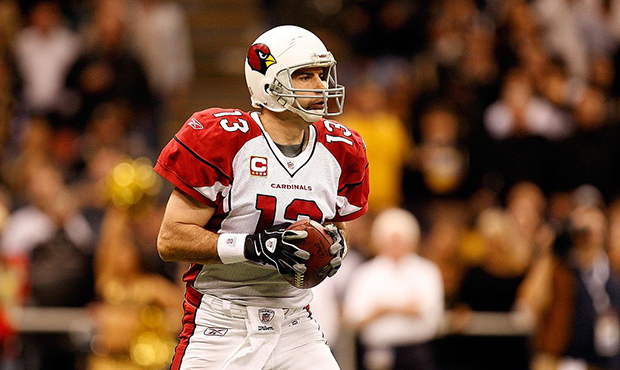 When you think of the Arizona Cardinals, you don’t necessarily think of a team where quarterbacks go to be successful. However, things could be changing; the Cardinals drafted Kyler Murray with the first pick in the 2019 NFL draft. Murray signed a five-year extension worth a total of $230.5 million. The deal contains $160 million in guarantees, including $104,300,000 at signing, and keeps the Cardinals quarterback locked in Arizona through 2028.

Murray is entering his fourth year as a starter; last season, he got the Cardinals a 7-0 start, but they lost six of their next ten games. Arizona did make the playoffs but lost to the Los Angeles Rams in the NFC Wild Card Round. In 2021, he threw for 3,787 yards, 24 touchdowns, and 10 interceptions while completing 69.2% of his passes. Murray also rushed for 423 yards.

Murray has passed for 11,480 yards in three seasons and thrown 70 touchdowns and 34 interceptions. It is still early in his career, but Murray is on pace to become the best quarterback of all time.

Carson Palmer played five seasons in Arizona and put up some good numbers; in 2014, the Cardinals had started 6-0 before Palmer suffered a season-ending ACL injury. In 2015, Palmer threw for a career-high 4,671 passing yards and 35 touchdowns. Also, in the 2015 season, he led the Cardinals to the Playoffs, but they lost to the Green Bay Packers in overtime.

In Palmer’s final season with Arizona, he passed over 4,000 yards again but broke his arm and retired after the season. In five years with the Cardinals, Palmer threw for 16,782 yards, 105 touchdowns, and 57 interceptions. He finished with a record of 38-21-1.

Jim Hart is Arizona’s all-time leader in completions, passing attempts, yards, touchdowns, and interceptions. He compiled an 87-88-5 record and made two playoff appearances. Hart threw many interceptions but was never gun shy and a true gunslinger.

In 1974, Hart threw a career-high 20 touchdowns and made his first Pro Bowl. During his 18 years with the Cardinals, Hart threw for 34,639 yards, 209 touchdowns, and 247 interceptions. He made two Pro Bowls and is in the Cardinals Ring of Honor.

Kurt Warner came to the Cardinals in 2005 and played in Arizona for five years. He helped lead the Cardinals to their only Super Bowl appearance in 2008. In 2008, Warner threw for 4,583, 30 touchdowns, and 14 interceptions.

Warner played well in the Super Bowl against the Pittsburgh Steelers, throwing for 377 yards, but they lost the game. He played one more year with the Cardinals, leading them to the playoffs in the 2009 season, but it ended with a playoff loss to the New Orleans Saints.

Warner passed for 15,843 passing yards and 100 touchdowns while in Arizona. He compiled a 27-30 record and made a Pro Bowl in 2008. Warner is also in the Cardinals Ring of Honor and is an NFL Hall of Famer.

LaMarr Fields is an Insider and breaking news reporter for Burn City Sports. You can follow him on Twitter via @lburncitysports