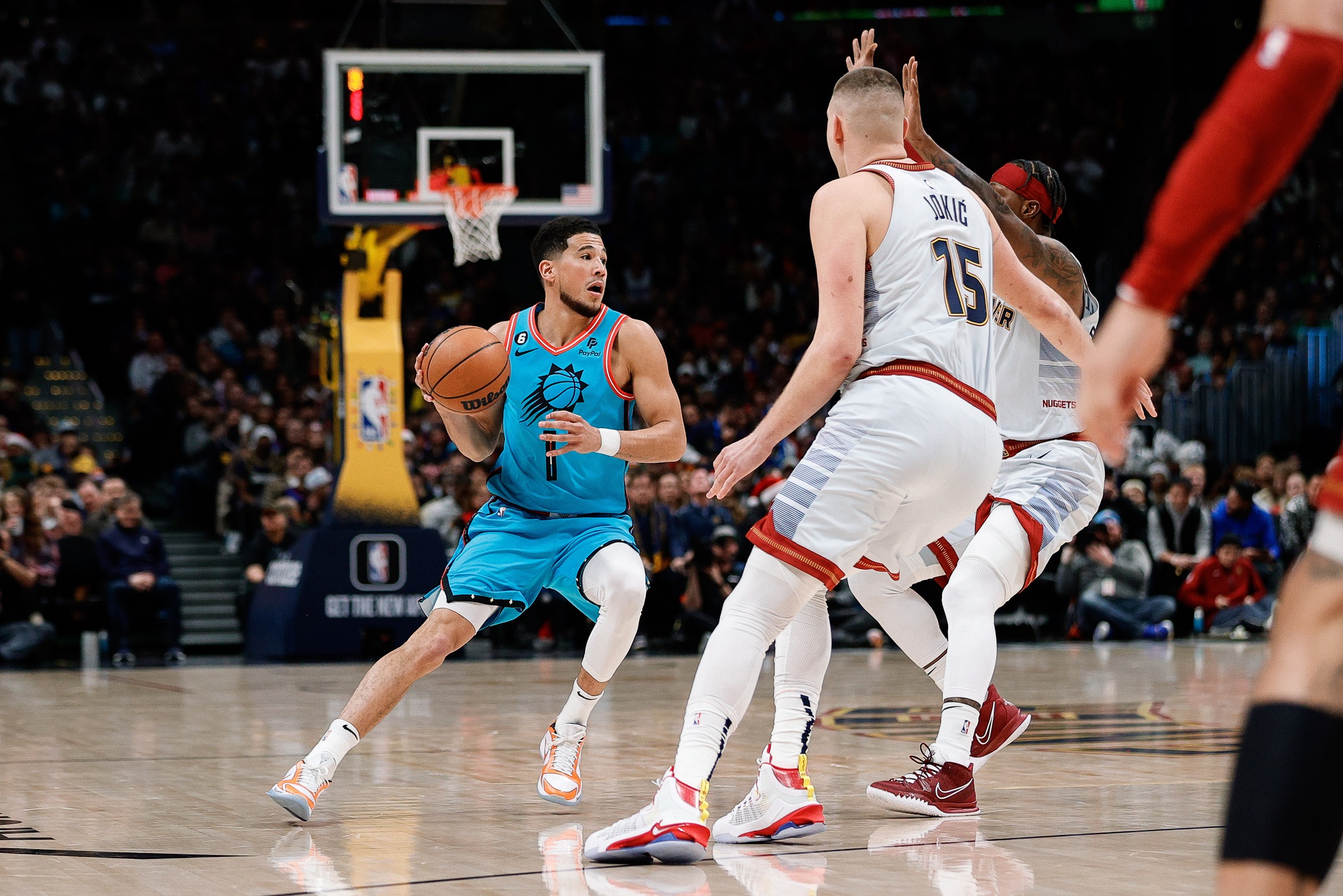 Reports came out this morning that Devin Booker will be ending his road trip with the team early and heading back to Phoenix, AZ to get a further evaluation of his groin strain according to reporter Duane Rankin.

Devin Booker has returned to Phoenix for further evaluation for his groin strain suffered in #Suns loss at #Nuggets on Christmas.

Booker sustained the injury on Christmas day in a loss to the Denver Nuggets. In the first quarter with about 8 minutes to go in the game, Booker appeared to be walking down the court in some pain. A few moments later he wasn’t seen on the bench as he headed to the locker room for further testing. He was later reported out for the remainder of the game with a groin strain.

Head coach Monty Williams alluded to the moment that Booker knew something was wrong when he had to come out of the game.

“I didn’t even see it. They came to me and walked on the sideline and they said man we got to get Book I looked up and he had that look on his face and I knew something had happened.”

Devin Booker and Landry Shamet Out Tomorrow Against the Grizzlies

We still don’t know how long Booker will be out but estimations are if he left to go back to Phoenix, he won’t be returning to the court anytime soon and is probably out for more than a couple of weeks. For now, the Suns got to find a way to weather the storm until he returns.

Devin Booker and Landry Shamet Out Tomorrow Against the Grizzlies
Suns Vs Grizzlies Preview Odds and Predictions Ahead Of Tonight’s Game
Loading More Posts...