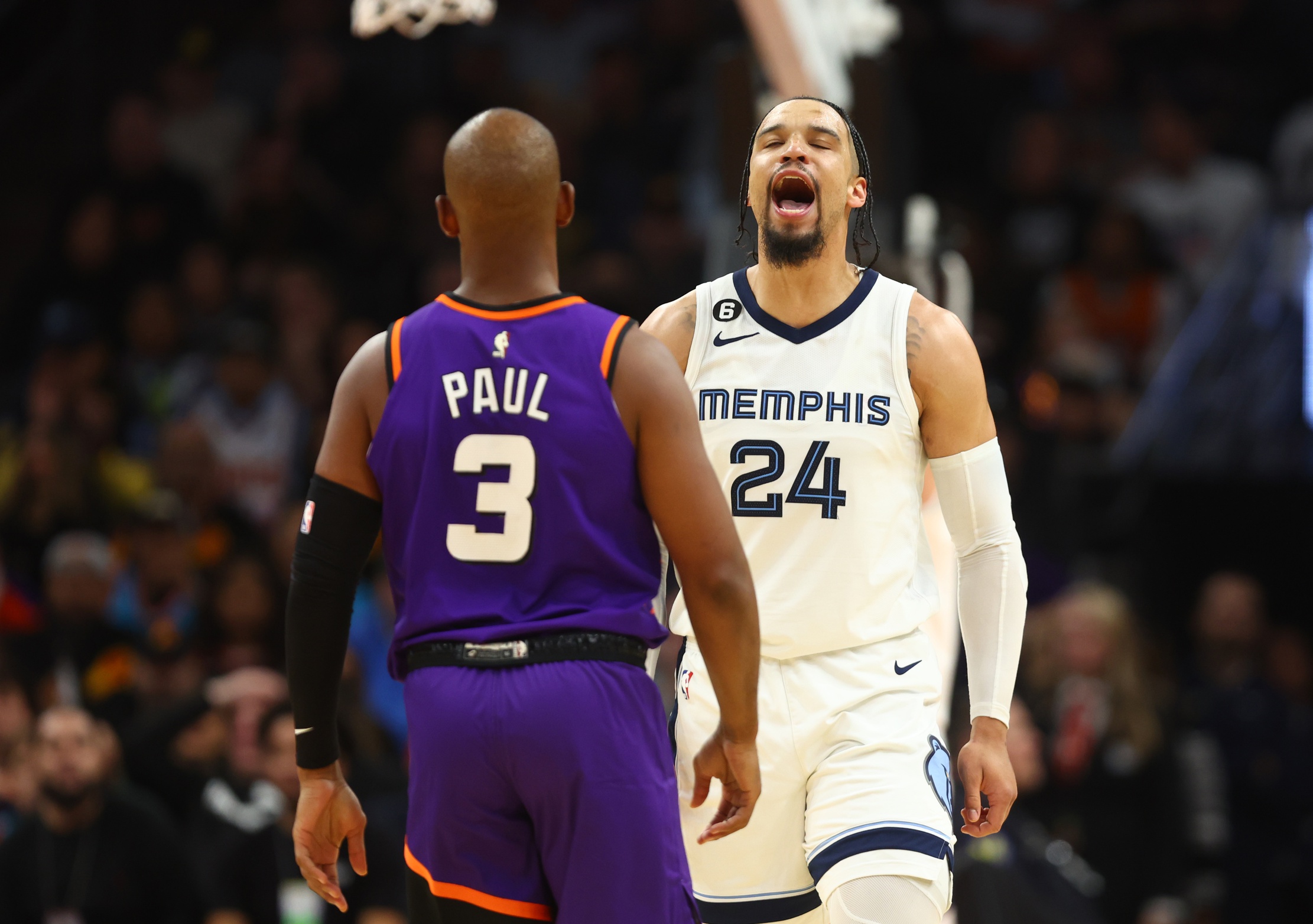 Later tonight, the Phoenix Suns will be at Memphis to take on the Grizzlies for the second time in 5 days. The last time they played was last Friday and the Grizzlies blew them out by a final score of 125-100 on Phoenix’s home floor.

For tonight’s game, the Grizzlies will be playing the Suns with a little bit of a bad taste in their mouth after falling to the Golden State Warriors 123-109 on Christmas day. In that game, the Grizzlies only shot 23% from three while controlling the points in the paint battle 50-26. They only had one player with more than 15 points on the night as all-star player Ja Morant scored 36 points to go along with 8 assists and 7 rebounds. He also had a crazy dunk that didn’t go in but it showed up on the highlight reels of potential what could have been dunks of the season.

Speaking of monster dunks, that’s what happened in the Suns’ last game against the Nuggets as they fell to them on Christmas night in overtime 128-125. Landry Shamet tied his career high in points with 31 to go along with 7 threes in that game and Deandre Ayton added on with 22 points and 16 rebounds. However, the Suns were no match for Nikola Jokic as he had a monster triple-double performance with 41 points, 15 assists, and 15 rebounds. Aaron Gordon also added to the fray as he had 28 points and 13 rebounds including a monster dunk that ended up being a dunk-of-the-year candidate already. The Suns are now 3-7 in their last 10 games.

With the Suns now losers in 9 of their last 13, they’re looking to start a winning streak tonight against the second-seeded Memphis Grizzlies. Here are the odds of tonight’s game between the Suns and the Grizzlies.

Even though they had a hard-fought loss against the Nuggets, I got the Grizzlies easily covering the spread today. I got them winning by a final score of 123-107. The Suns are missing a lot of guard depth in today’s game and I expect Desmond Bane to have a bounce-back after hitting 0 threes in his game against the Warriors. The Suns are unfortunately too injured to be able to be in this game and I expect the Grizzlies to pull away with this game early and often. The tip-off for tonight’s game is at 6 PM Arizona time.