Devin Booker and Landry Shamet Out Tomorrow Against the Grizzlies 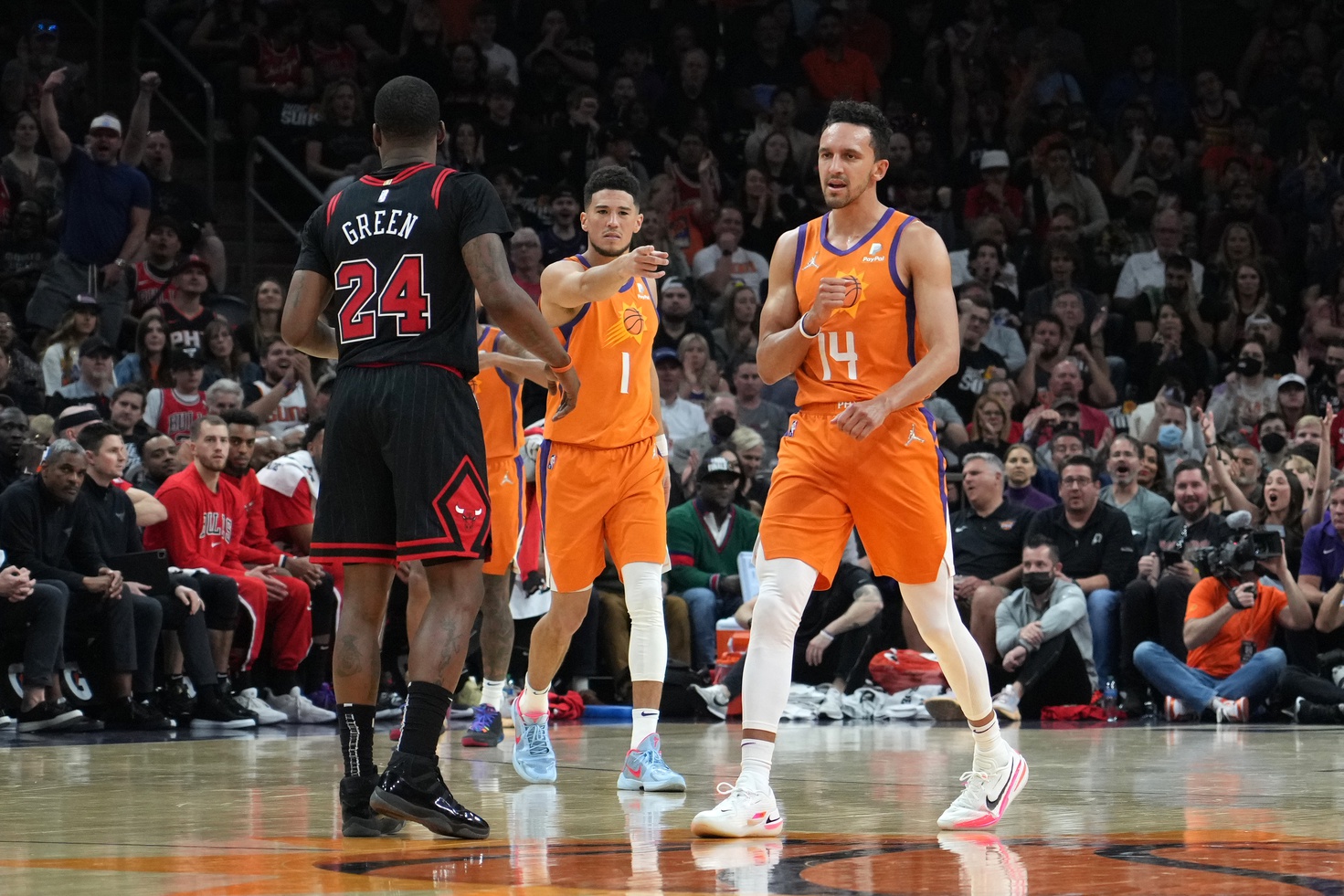 The Phoenix Suns season has taken another turn with injuries. With Cam Johnson and Cameron Payne already out and recovering from their injuries, the Suns are now going to be without Devin Booker and Landry Shamet for tomorrow nights game against the Memphis Grizzlies according to the Suns.

Booker left yesterdays game 4 minutes into the game after dealing with a left groin injury that hampered all throughout the last week. He was seen bothered by it last game as he appeared walking down the floor and then leaving shortly after and going into the locker room. As for Shamet, this is new as he’s out tomorrow due to right Achilles soreness. He dropped 31 points on 7 threes yesterday and was hands down their best player on the floor last night.

It’s been a horrible year so far for the Suns with injuries. Even though they sit at 19-15 and as the 4th seed in the western conference, the continuity of rotations and players in and out of the lineup has shown in some of the games they have played this season. Now with Shamet and Booker out they’re going to need to mix and match everybody again to weather the storm until everyone can come back.

The game tomorrow is at 6 PM AZ Time and they’ll be looking to just try to weather the storm and find a way until this team can get back healthy.