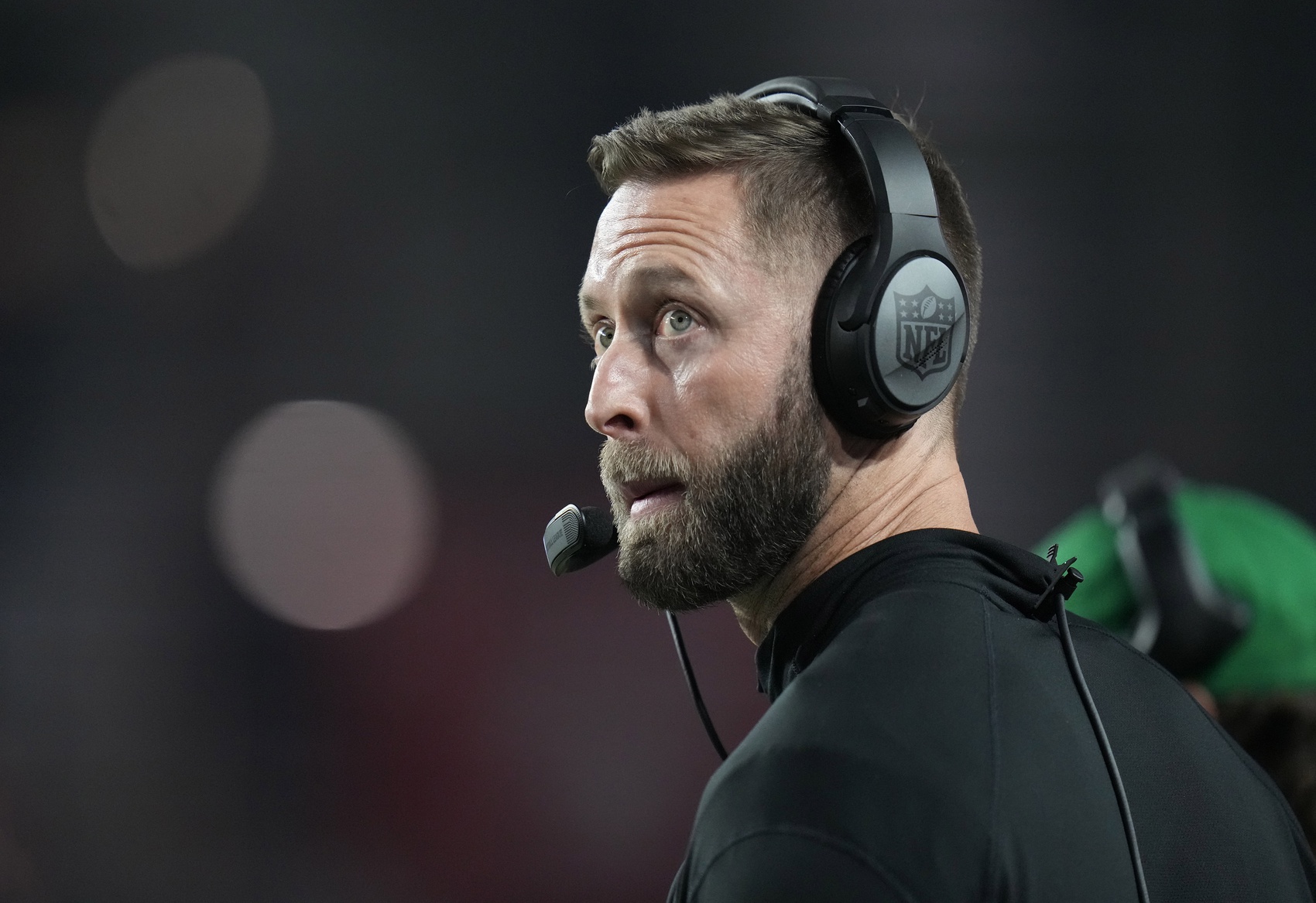 The football world lost a great one on Monday as Mississippi State and college football legend Mike Leach passed away after suffering a heart attack along with seizures that resulted in brain damage. Leach was only 61 years old and had a career record of 158-107 as a head coach along with 8 bowl wins in his career.

One of the teams he coached for and got his first start in was Texas Tech in 2000. Crazy enough, Arizona Cardinals head coach Kliff Kingsbury was playing quarterback for him during his last three years there and had a great career with him. Kingsbury remembers fondly all the memories he had with Leach.

“There’s a bunch of them, but you would learn a lot about life there’s probably 50/50 life and football in his meetings.”

One of his favorite memories came when he was at Texas Tech and they were in a film session together.

In his offense, Kingsbury broke 39 school records, 13 big 12 conference records, and 7 NCAA records. He finished with 12,423 yards and 95 touchdowns. In his final year playing for Leach, he finished with 5017 passing yards and 45 touchdowns while winning 9 games and beating Clemson 55-15 in the then-Tangerine Bowl. Kingsbury appreciated the belief that he had him during his playing time and in life in general.

“He made you believe in yourself more so than you did. That’s why a lot of the same concepts, same signals, same plays we’re running today that he ran and it still works, and everywhere he’s gone he’s won.”

Leach was a pioneer for everybody in the sport of football and his sudden death even though it’s sad, he will never be forgotten in the sports world and Kingsbury knows that as well.

“It was an honor to call him a friend.”

There will never be another one quite like Mike Leach.