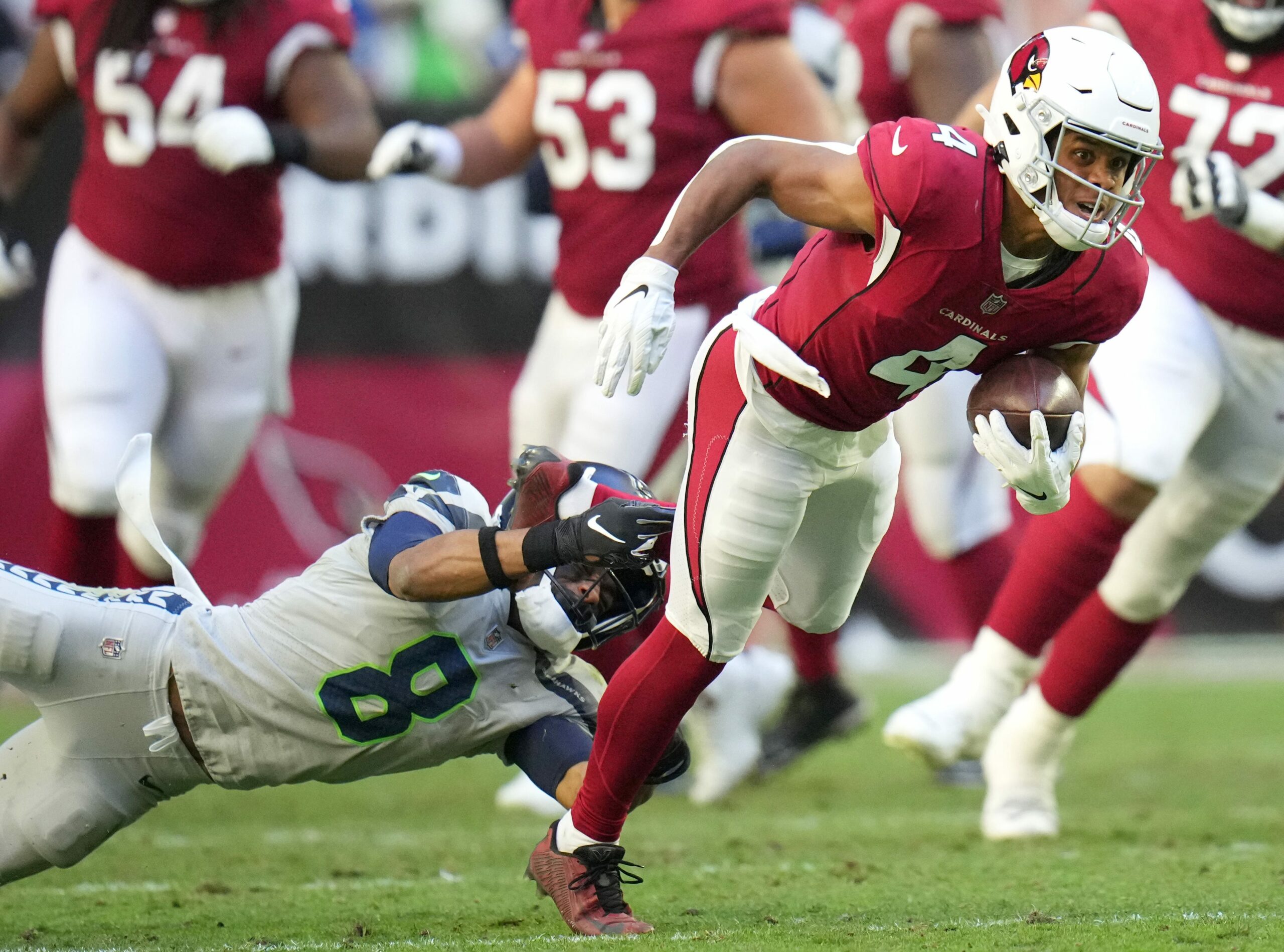 The Cardinals released some more unfortunate news earlier this afternoon.

It was not just QB Kyler Murray but also WR Rondale Moore that was officially placed on injured reserve, meaning both of their seasons are complete.

Moore has been on and off the field dealing with injuries all season, and this is nothing new. One of the main reasons why he ended up falling to Arizona in the second round of the 2019 draft was because of his injury-prone nature.

While playing at the University of Purdue, Rondale missed an entire season after hyperextending his knee. Now, this common theme has rolled over into his professional career.

In what had the potential to be Moore’s breakout season, the 22-year-old wide receiver only played in eight games. During these games, he averaged over 50 yards receiving and had multiple 90+ yard games.

This is a promising sign for the young players’ future; however, the injuries continue to be a major concern for the Cardinals.

Arizona will end the year with a total of 15 players on the injured reserve list. Not an ideal situation for such a promising and talented team.