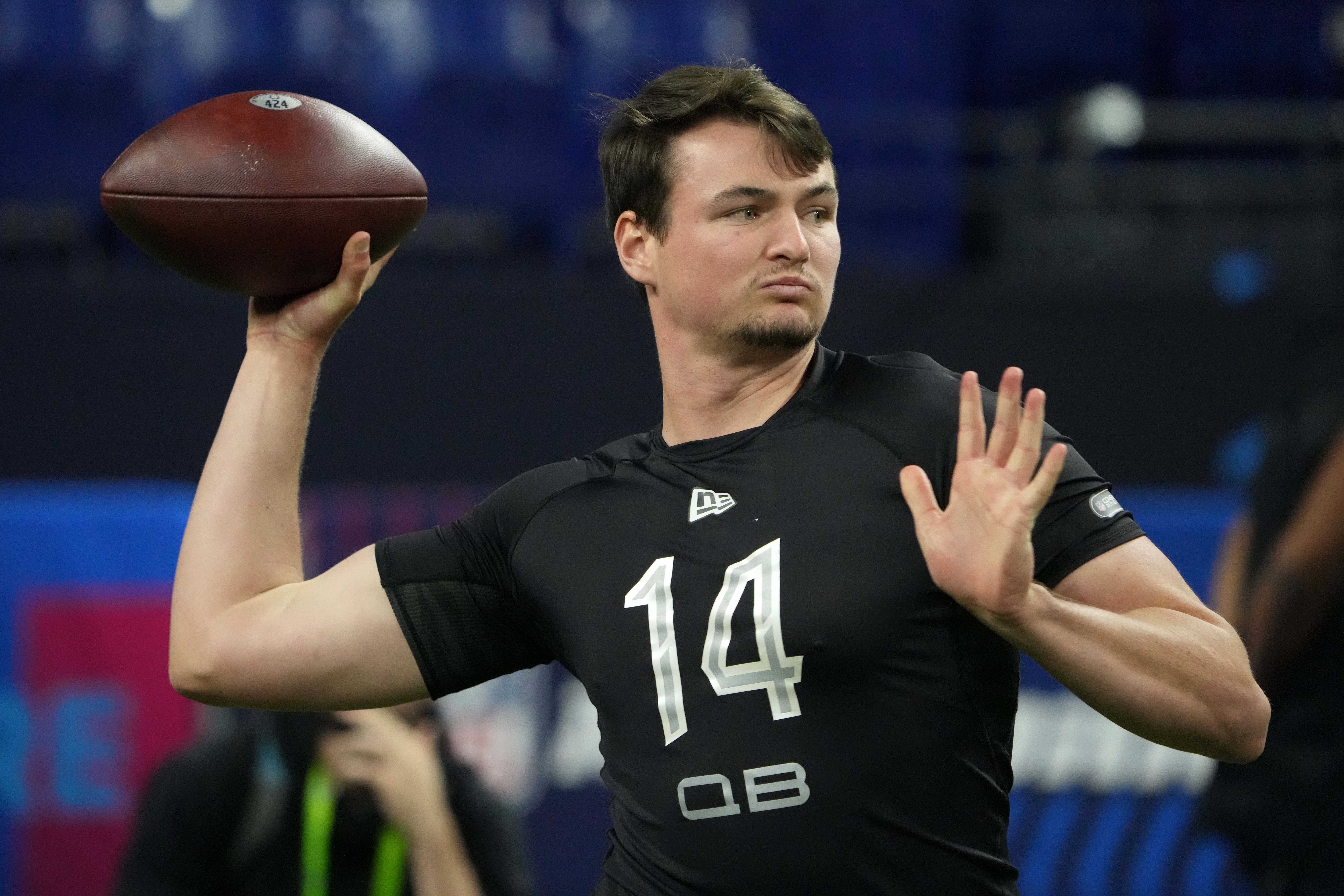 After losing Kyler Murray for the rest of the season, the Arizona Cardinals have picked up free agent Carson Strong.

The #AZCardinals are signing QB Carson Strong to the practice squad after he worked out for them last week, source says. Former undrafted free agent for the #Eagles lands in the desert. https://t.co/GpAr9d0lJh

Strong initially held a workout with the Cards last week before their game against the Patriots. Now, Strong will act as a safety precaution just in case things go even more south for Arizona.

During his junior season at the University of Nevada, the 23-year-old quarterback threw for over 4000 yards.He was then signed as an undrafted free agent by the Philadelphia Eagles. Unfortunately, he did not make the final 53-man roster cut and was right back where he started.

It is doubtful that Carson will ever see actual playing time, but with how this season has gone for the Cardinals, who really knows.

In other news, Arizona has waived cornerback Trayvon Mullen. This move comes as quite the shock considering Mullen played in 71% of snaps last night, a season high.

In this game against the Patriots, Mullen had a total of six tackles and one pass deflection.

The Cardinals traded for Trayvon at the beginning of the season. The trade included sending the Las Vegas Raiders a 7th round pick, which the Cardinals have now given up for nothing.