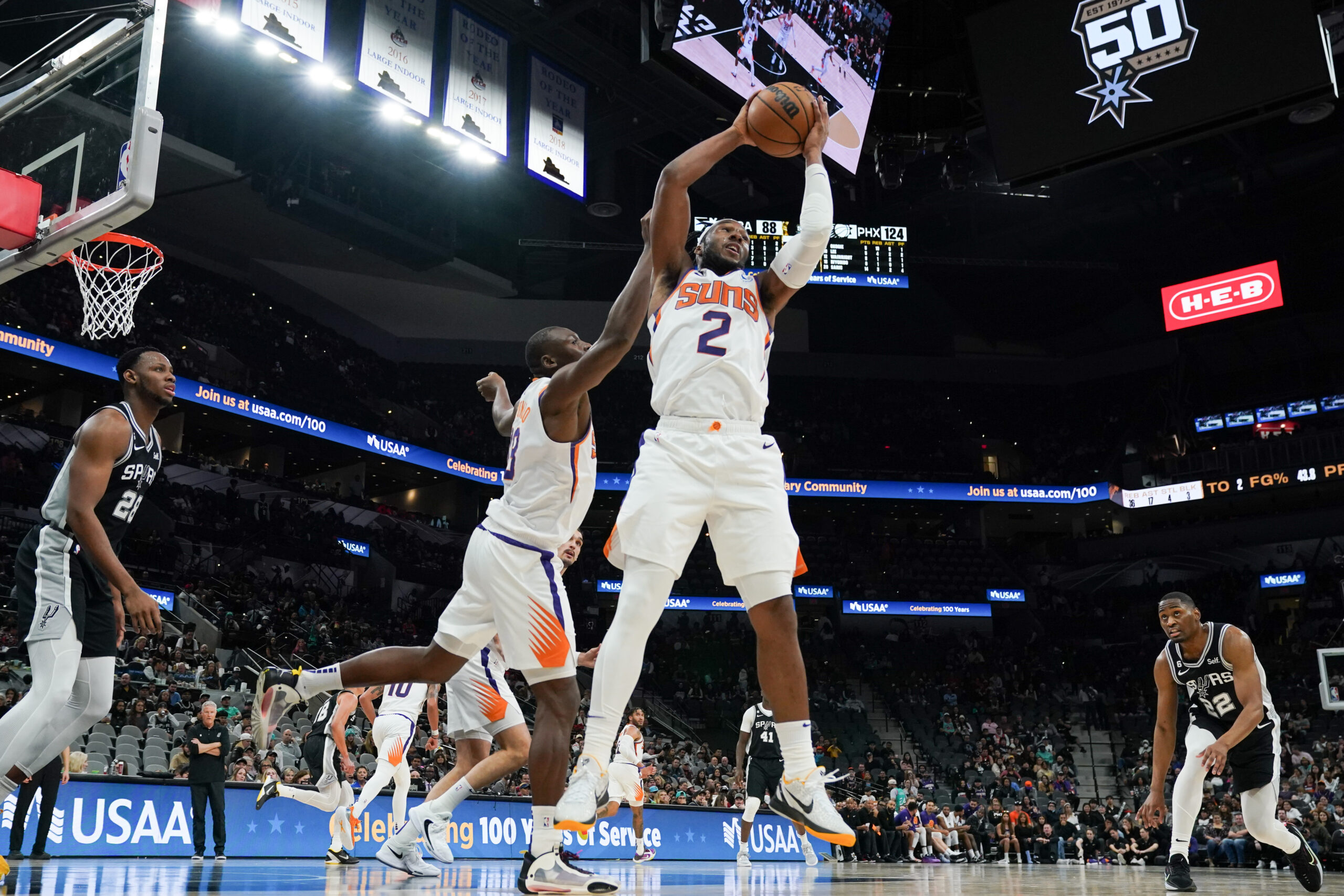 The Phoenix Suns dominated the San Antonio Spurs 133-95 on Sunday; Phoenix was led by Deandre Ayton‘s 25 points and ten rebounds. Ayton was outstanding against the Spurs shooting 1o-14 from the field. The Suns outscored the Spurs 36-11 and pretty much put the game away.

“Just reading the defense and taking what the defense gives us,” Booker said. “Everybody shares the ball on this team. They threw a lot of blitzes and different types of defenses out there. Just get off the ball. The ball always moves faster than the defender.”

San Antonio shot only 6-31 from three-point land; you will not win many games shooting like that. As the game continued, you would think the Spurs would not shoot as many threes when they missed a lot. The suns also did a good job flying around contesting threes at times.

Phoenix scored 46 bench points; Jock Landale led the way with 12 points, while Landry Shmaet added ten points. Getting bench production is crucial to winning games; the Suns had six players score points off the bench. They also pitched in with rebounding and sharing the basketball. Josh Okogie had 11 rebounds and six assists.