Suns Call it an Early Night on Spurs 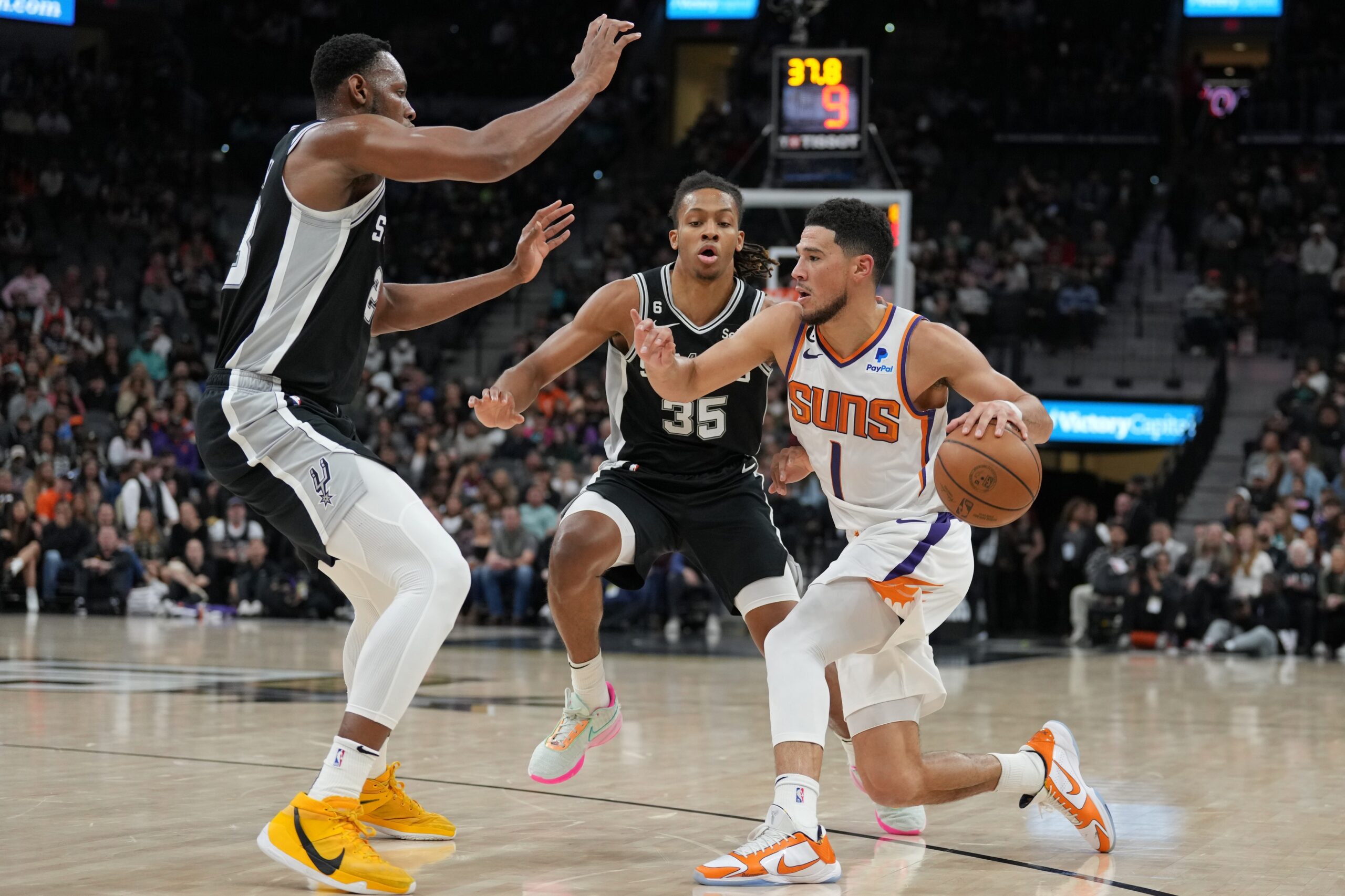 Perspective for the Phoenix Suns is everything, including seeing through a blowout against the San Antonio Spurs. The Spurs — much like the Houston Rockets that stole a game on Friday — are comprised mostly of younger players looking for their place in the league.

The Suns, though on the opposite spectrum, are dealing with multiple injuries. Given that, along with the latest loss to Houston, the Spurs may have had a real chance at besting the Suns.

Yet that was the furthest thing from the truth, as the Suns made easy work out of the Spurs with a 133-95 final score on Sunday.

The Suns fell behind briefly in the opening minutes of the game. San Antonio jumped out to a 7-0 start, which became a past thought after Phoenix’s shots started falling.

Devin Booker scored 11 points in the first quarter alone but went scoreless in the second half. While it could be concerning, it turned into a relief given the level of playing from his teammates.

Deandre Ayton was commanding the floor from every aspect. Given his slow start to the Rockets’ game, Ayton showed a desire to start strong for a better impact to the game. He finished the first half with 17 points and six rebounds.

Mikal Bridges also stepped up more in the second quarter. He seemed unstoppable from three-point territory, going 5-of-6 for 17 first-half points as well.

The contest looked to be clearly out of reach as the second quarter concluded, with the Suns up 71-41.

Despite the game being out of reach for the Spurs, they still managed 30 points in the quarter. It was a huge increase from the 11 they mustered up in the second quarter, which gave way to the blowout.

The Suns were still able to hold a hefty lead though, with contributions pouring in from everyone. Booker was up to 20 points, while Ayton had 25 points along with 10 rebounds. Bridges was also up to 20 points in the contest as well.

Keldon Johnson had tallied 19 points, helping push the Spurs out of the large deficit they’d created in the second quarter. Despite his best efforts, the damage seemed irreparable.

Even Jock Landale continued his impressive night, hitting his first three-pointer of the game.

The starters for Phoenix appeared to be done as the fourth quarter approached. It was the hopeful plan for head coach Monty Williams to give his starters some needed rest against the Spurs.

Aside from Landale, Landry Shamet was continuing to have a productive night for the reserves. He was up to 10 points and three assists with less than nine minutes remaining in the game.

Josh Okogie also showed up as a much-needed reinforcement off the bench. Okogie took on the jack of all trades persona, with five points, seven rebounds and four assists through the nine-minute mark as well.

This was a must-win for the Suns given the trap game that transpired against Houston. On top of that, the Suns have their heated rivalry with the Dallas Mavericks next on schedule.

Being able to give the starters a decent rest before a back-to-back against Dallas is indeed favorable as the Suns continue to maintain their placing in the Western Conference.