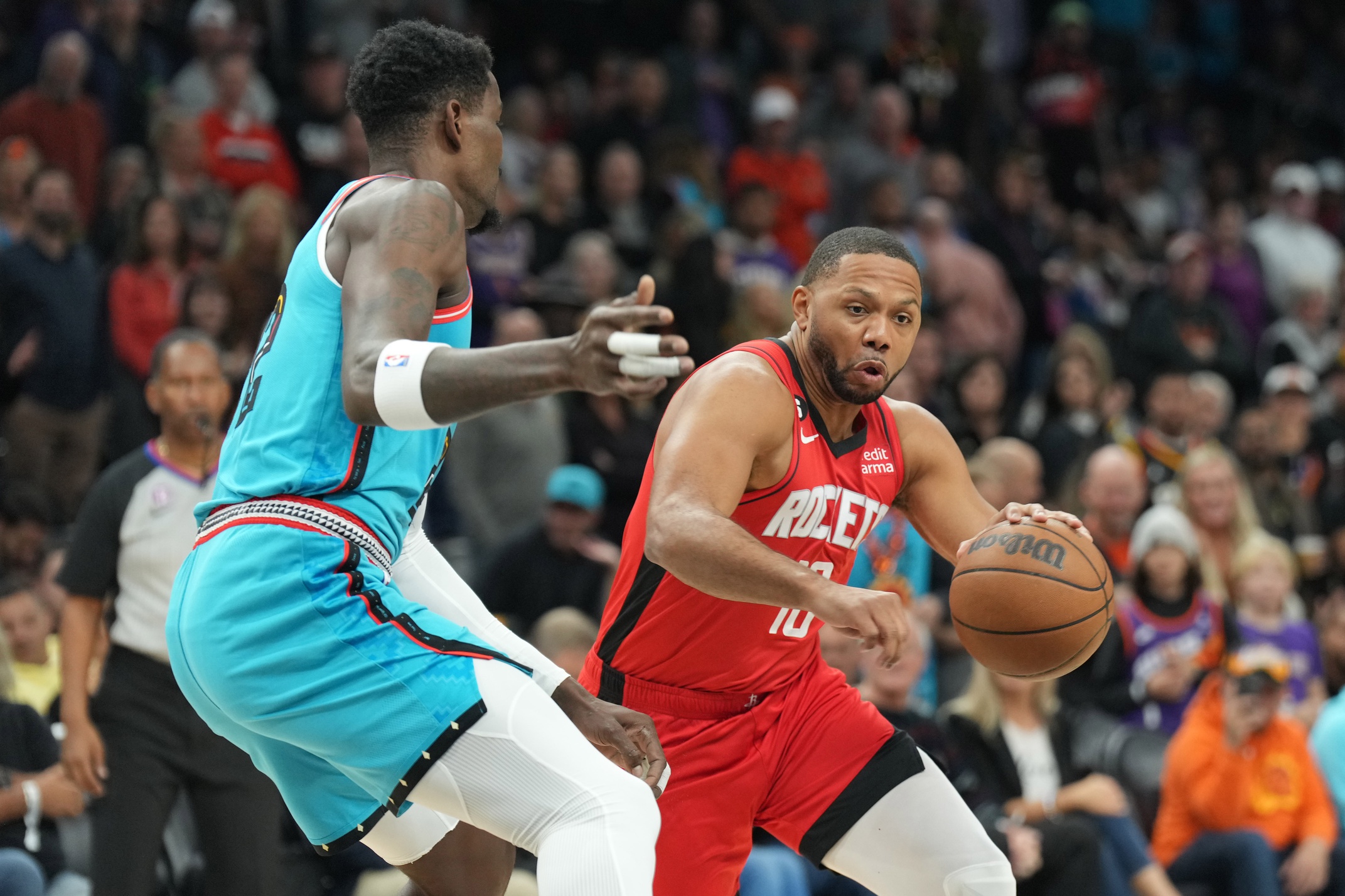 The Phoenix Suns have had a difficult task in holding onto the Houston Rockets through the first half of play. The Rockets, though young and inexperienced, find themselves slightly trailing after a 64-57 first half.

For the Suns, Devin Booker’s scoring has remained a constant source to keep them ahead. Deandre Ayton on the other hand has drawn a few eyes given his scoreless performance.

Ayton went 0-for-2 in the first half while grabbing two rebounds, far off from his monster nights in recent memory. Phoenix fans weren’t pleased, as they let their feelings be known on Twitter.

I really do hate the way Deandre Ayton is officiated.

Basically discourages any type of physicality.

Deandre Ayton with 0 & 0 in the first, that boy incredible.

WHAT IS DEANDRE AYTON DOING?

Ayton has been on an All-Star worthy campaign lately, but that hasn’t been evident tonight. The former No.1 pick is averaging 22 points and 15 rebounds per game through his last four games. He’s also shooting nearly 70 (69.8) percent from the field.

It’s frankly the showing that many Suns fans have desired from Ayton, given his potential and recent earnings. Ayton, 24, signed a four-year, $133 million extension last offseason. With that, watching his production increase has been enjoyable.

Ayton’s running mate in Booker has continued to shine however. Booker put up 20 first-half points, going 8-of-10 from the field.

On the opposing end, Rockets center Alperen Sengun has won the big man contest so far. Sengun is up to 13 points and four rebounds as his Rockets attempt to steal a game against a rolling Suns squad.

Ayton will have to figure out a way to positively impact the game while also staying out of foul trouble. He’s already at three fouls prior to the second half getting underway.