Kayne West: “I Caught This Guy with Kim” 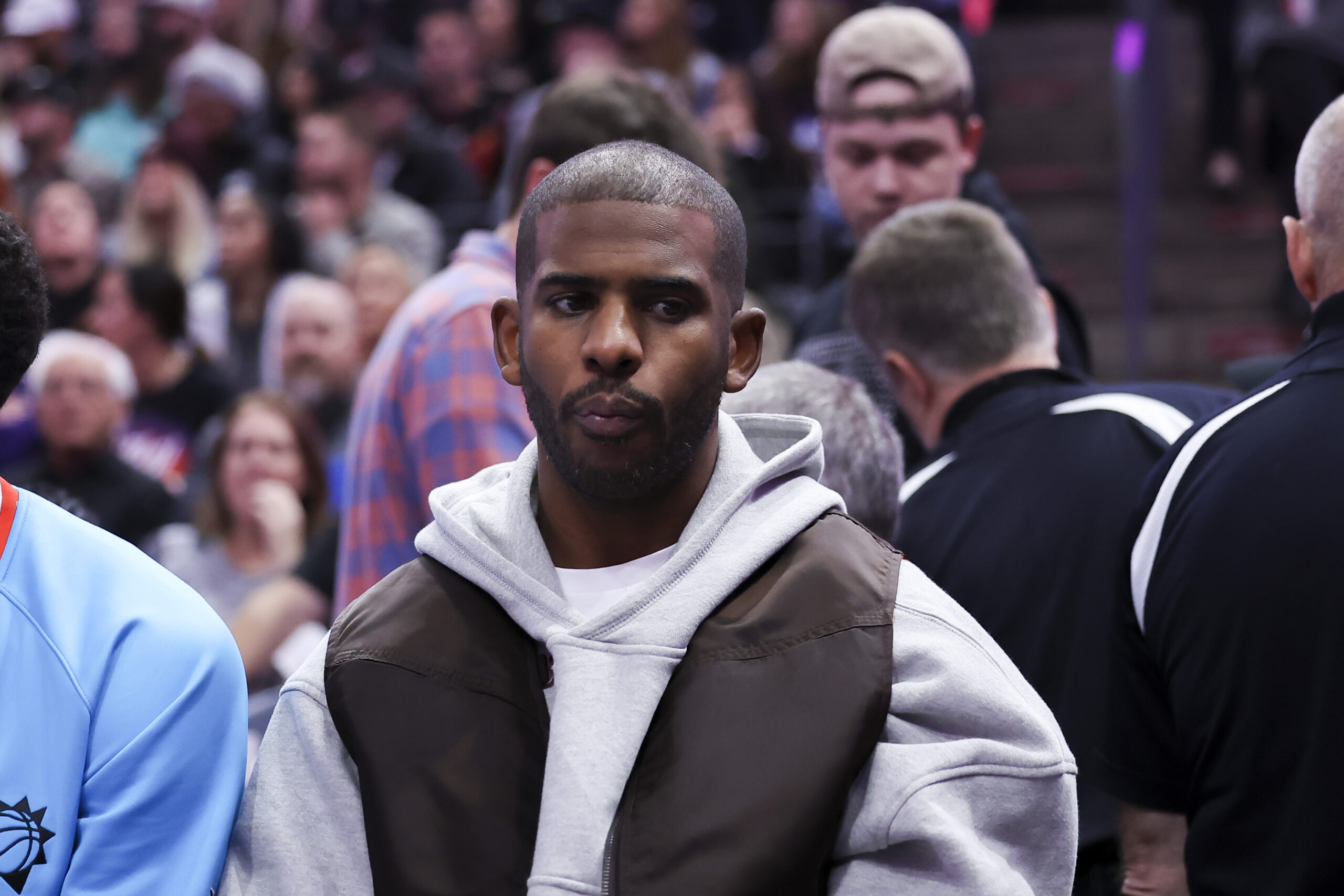 The rapper recently tweeted out a photo calling out Chris Paul with the caption, “Let’s break one window before we get outa here… I caught this guy with Kim… Goodnight.”

Although the tweet was removed after West was banned from Twitter, social media has already jumped all over the callout.

Chris Paul has been married to his wife Jada Crawley since 2011, and together they have two kids.

Adding more interest to the situation is the connection between the Suns’ Devin Booker and Kendall Jenner. The two were dating for two years before breaking up in June 2022.

And as many already know, Kendall Jenner and Kim Kardashian (Kayne West’s ex-wife) are half-sisters.

Yes, nothing has been proven, and it could very well be that Kanye is attempting to stir the pot further. After all, this is by no means the first time West has said something bizarre on social media.

Nevertheless, this does not stop Twitter from having a field day with the drama.

Devin Booker and Chris Paul at the Kardashian house pic.twitter.com/1Br3eh5PBF

Chris Paul buying his wife flowers to try and save his marriage pic.twitter.com/YsyWQE6RaZ

It will certainly be interesting to watch and see how Chris Paul reacts to the situation. So far, the 12-time All Star has not addressed the tweet whatsoever.