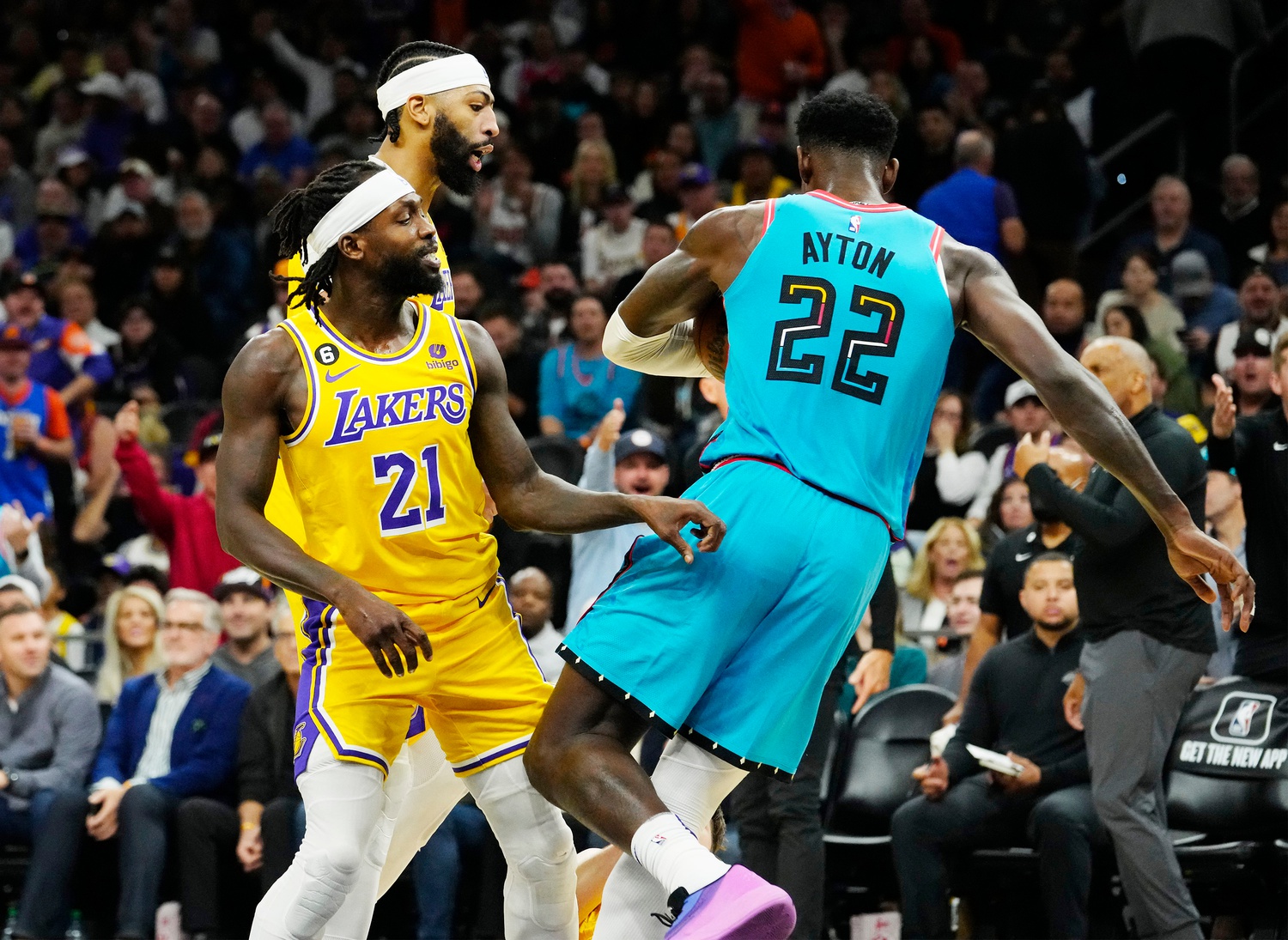 News broke out on Thanksgiving day that Lakers player Patrick Beverly has been suspended for three games after his shove on Deandre Ayton late in the fourth quarter. Ayton appeared to stand over Austin Reaves before Beverly rushed over and shoved him in the back.

Wow Patrick Beverly body slams DeAndre Ayton to the ground while he was standing over austin Reaves who was on the floor pic.twitter.com/xarnALTFOS

This isn’t the first time that Patrick Beverly shoved a Suns player in the back. Just a couple of seasons ago in the Western Conference Finals, Beverly did the same thing to Suns point guard Chris Paul during a timeout as the Suns were just a couple of minutes away from reaching the NBA Finals.

Monty Williams didn’t hold back during the postgame pressor when he was asked about the incident that happened during the game.

Chris Paul knows all about that.pic.twitter.com/ktkiqGgYxm

After the game, Devin Booker was asked about the incident and he didn’t mince words about how he felt about Beverly’s antics from both contests.

“Pat needs to stop pushing people in the back man. Push them in the chest. That’s all I got to say.”

The Sun’s next game against the Lakers is December 19th at Footprint center which should be a great atmosphere during the holiday season.