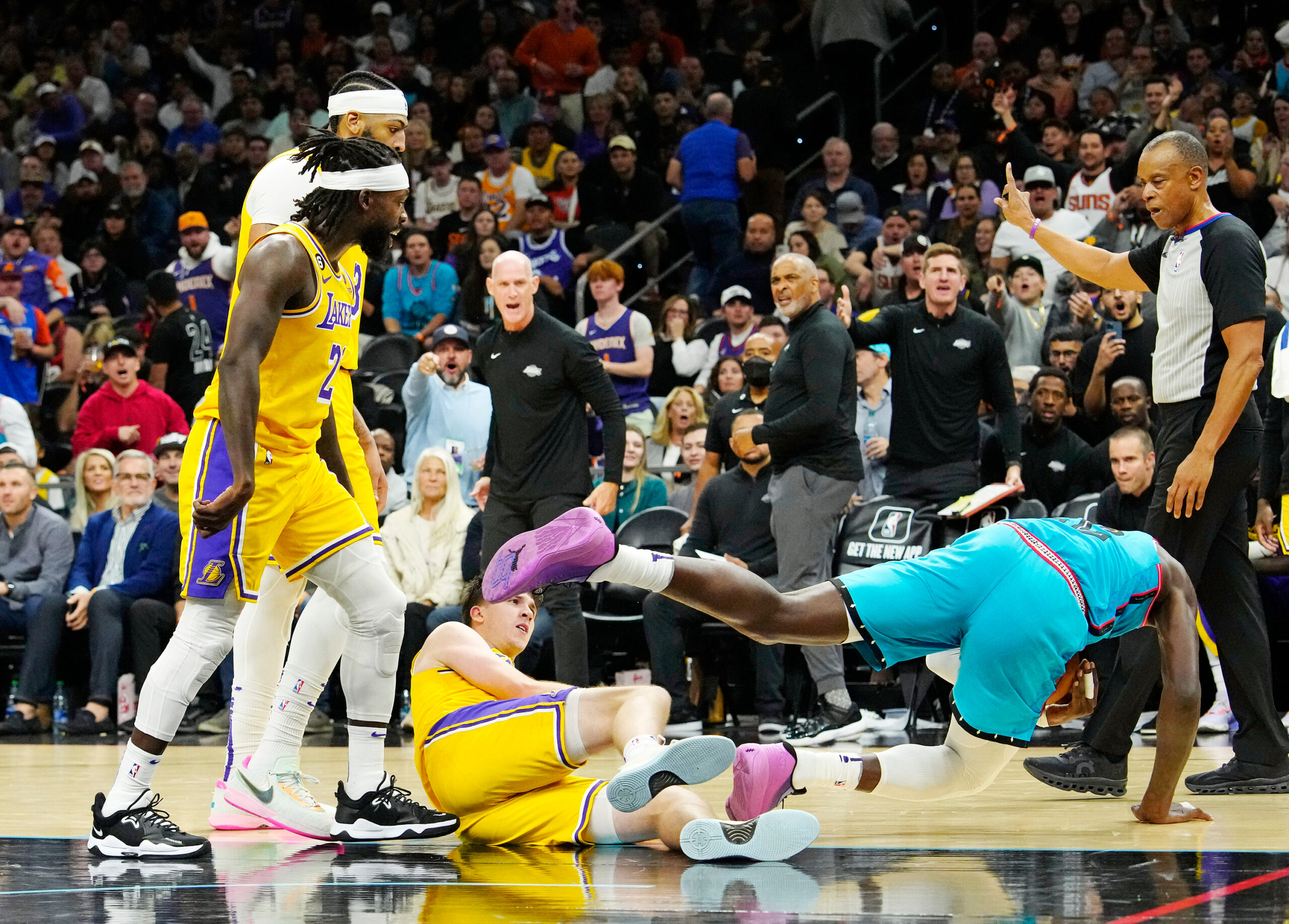 During the Suns’ victory last night over the Lakers, there was an altercation between DeAndre Ayton and Patrick Beverley in the fourth quarter.

At the time, Phoenix held a 10-point lead, and it seemed the game was just wrapping up. However, after Devin Booker was called for a shooting foul on Lakers guard Austin Reaves, things escalated quickly. Suns C DeAndre Ayton stood over Reaves for a quick moment, which was not taken well by his teammate.

In response, Patrick Beverley ran over to Ayton and pushed him in the back while he was turned away.

Despite playing 29 minutes in the game, Pat Bev recorded zero points and finished with a -15 plus/minus while on the court.

Pat Bev got ejected for shoving Ayton after he was standing over Austin Reaves. pic.twitter.com/90wskDjVVR

Devin Booker responded to the incident after the game ended.

"Pat [Bev] needs to stop pushing people in the back. Push them in the chest."

D-Book on Beverley's shove on Ayton that got him ejected. pic.twitter.com/iVKRnJjU2E

But this was not the first time an event like this took place. In the 2021 NBA playoffs, Pat Bev shoved Chris Paul to the ground while he was playing with the Los Angeles Clippers.

Phoenix won the series 4-2 to advance to the NBA Finals.

"Pat [Bev] needs to stop pushing people in the back. Push them in the chest."

D-Book on Beverley's shove on Ayton that got him ejected. pic.twitter.com/iVKRnJjU2E

Patrick Beverley is one of the most controversial players in the league, and he put this on full display last night.

These two teams will face off against each other again on December 19th, once again in Phoenix. It should be a fun one.