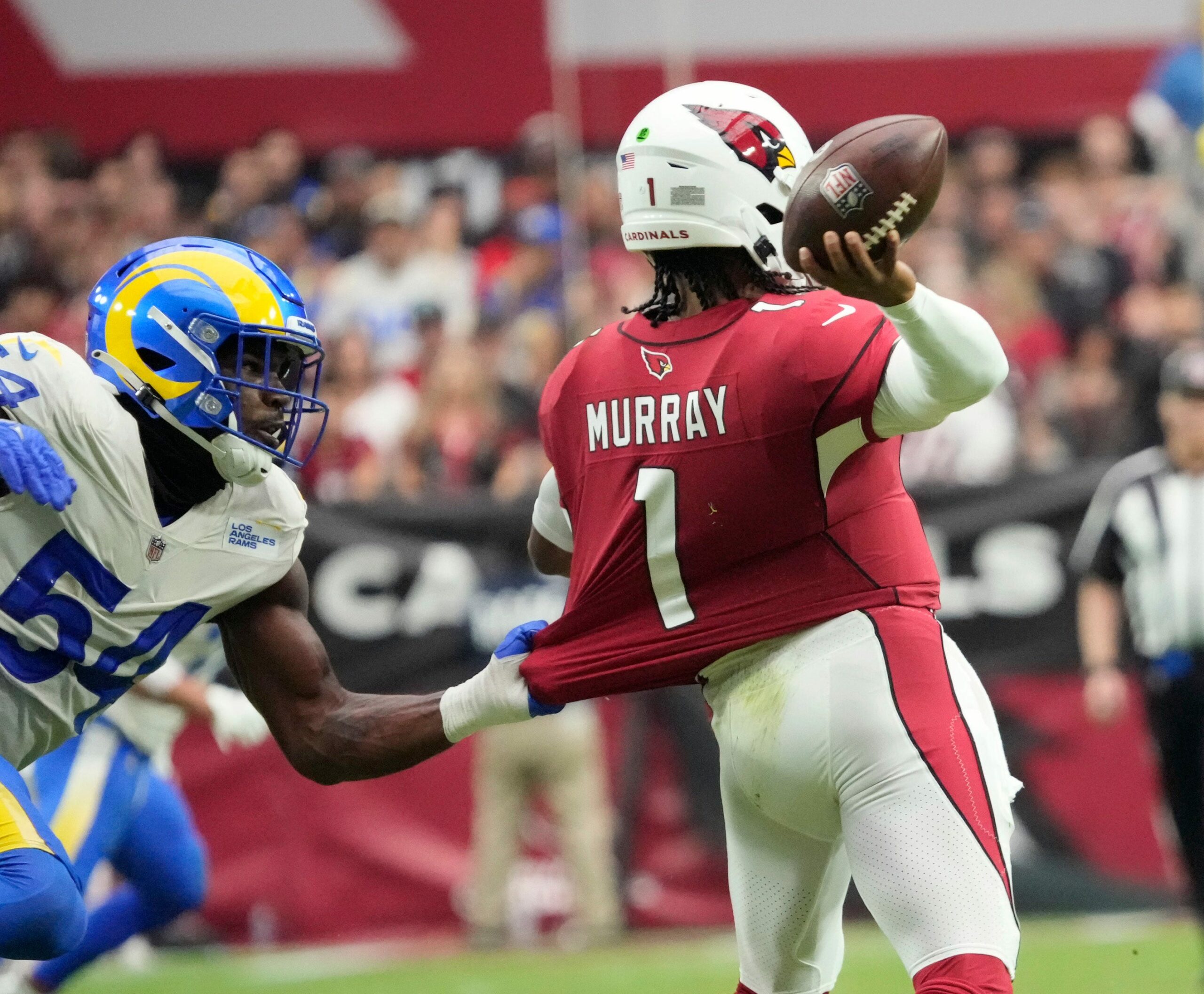 The Los Angeles Rams have had no problems against the Arizona Cardinals in their previous three matchups. Including a brutal wild card embarrassment, the Cardinals have been outscored by their division rivals 84-46, losing all three times.

However, this time, we may be seeing a bit of a switch at the quarterback position. With both teams’ starting quarterbacks questionable, fans may be in for a battle of the backups.

On the Rams sideline, Super Bowl champ Matthew Stafford was placed on the NFL concussion protocol earlier this week. While HC Sean McVay did note that Stafford is making “good progress,” he is still questionable to play on Sunday. If Stafford is not cleared, John Wolford will get the start.

And for the Cardinals, Kyler Murray is questionable due to a hamstring injury that was suffered in Week 9. Murray will be a game-time decision, as Arizona does not want the problem to turn into anything serious.

The first time these two teams saw each other this season was in Week 3. Even though Kyler Murray threw for 365 yards, Los Angeles had no problem preventing the touchdown. It was just four field goals from Matt Prater that got Arizona on the scoreboard.

This time around, things will be a little different as there is the possibility that both teams will be playing with their backup quarterbacks.

Unfortunately for the Cardinals, it may be a lose-lose situation. Considering the last time backup John Wolford faced off against Arizona, he threw for 231 yards and ran for an additional 56. The Rams won this game with a final score of 18-6.

In addition to the possibility of Kyler Murray not being able to play, the Cardinals will be dealing with a handful of other injuries.

The absence of two starting linemen will once again be a major issue, as Arizona has had a problem filling those rolls all year. Entering Week 10, the Cardinals are third in the NFL for penalties committed, and a majority of these have come from the injured offensive line.

But if one thing is for certain, the Cardinals may be the most difficult team to predict this year. You just never know what football team you are going to get when Kliff Kingsbury leads his offense onto the field.