Cardinals Trail the Seahawks 10-7 at the Half 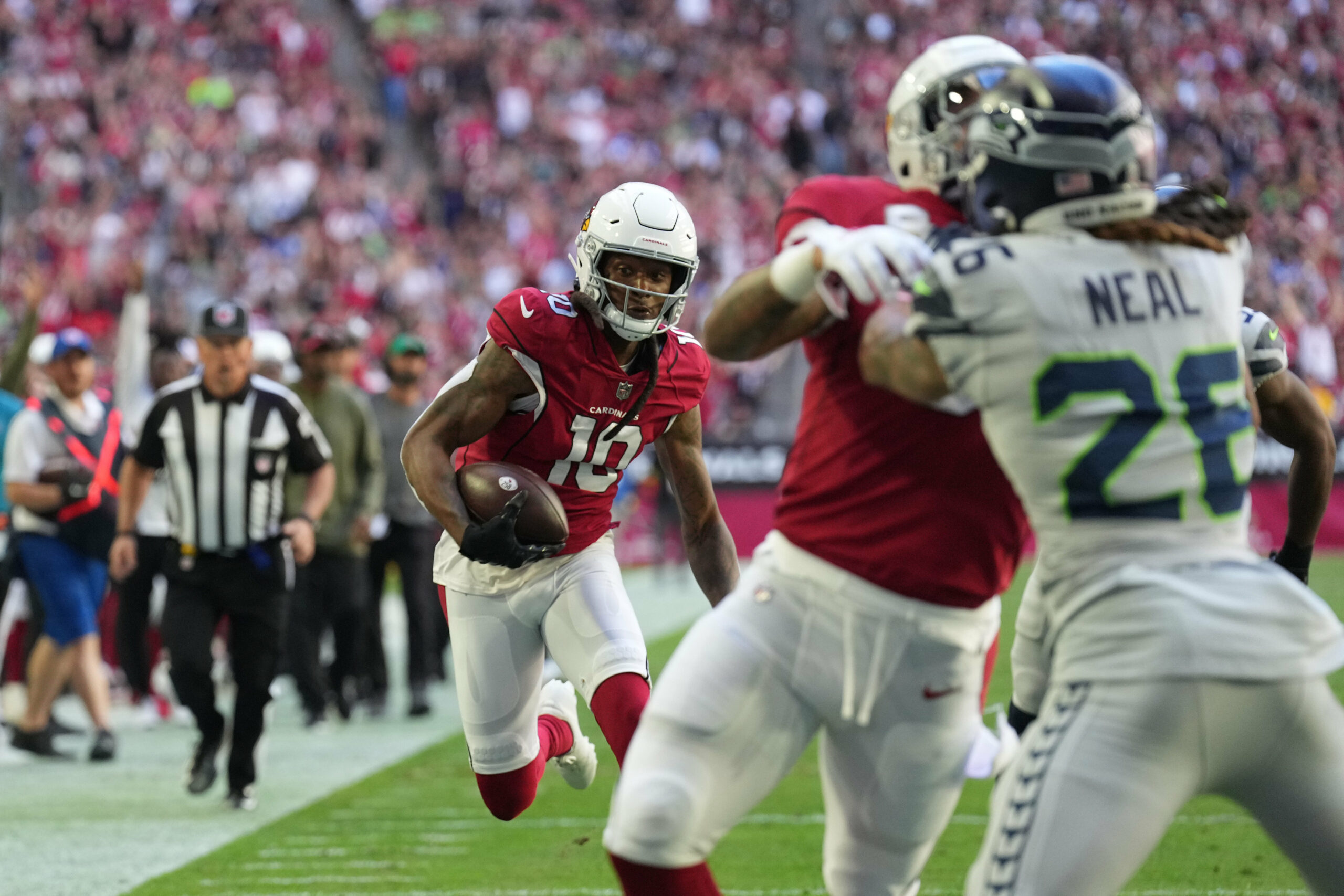 Penalties and self-inflicted wounds killed the Cardinals’ hopes of taking a first half lead against the Seattle Seahawks.

After right guard Will Hernandez limped off the field with a chest injury, Arizona had a total of three backups in the interior line positions.

These injuries played a massive role in the offensive struggles in the first half. Bad snaps by the center, Billy Price, along with a handful of false starts, cost the Cardinals chances of stringing together long drives.

Arizona scored their first opening drive touchdown since Week 13 of the 2021 season. It was a 22-yard touchdown catch by DeAndre Hopkins that gave the Cardinals a rare first-quarter lead.

However, this lead did not stick as the Seahawks responded quickly with a touchdown of their own. A dropped interception in the endzone from Byron Murphy was capitalized on by DK Metcalf with a 4-yard touchdown catch. This touchdown capped off a 12 play, 79-yard drive.

Following the touchdown reception, defenses took control and offenses were held at a deadlock. Just like the last time these two teams faced off, neither of the offenses could find any sort of constant success.

At the end of the first half, the Cardinals trail the Seahawks 10-7. Kyler Murray went 14-19 passing for 101 yards and a touchdown.

From the ground, Murray ran the ball five times for 44 yards, but it was a fumble that stood out more than anything. With only 17 seconds left on the clock, Murray escaped the pocket on a 4th down attempt. Yet instead of tying the game going into the half, Murray lost the football, leading to a Seahawks recovery and another failed drive.